The next little town that we pulled into was Childers. It is surrounded by green rolling hills of sugar cane and is a treasure trove of Queensland architecture. The population is only 6,200. 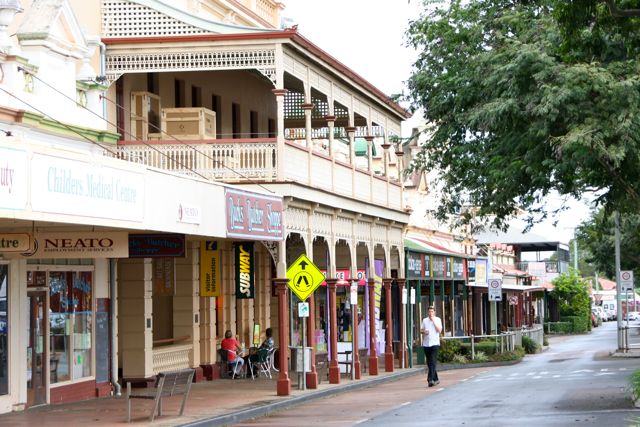 The late 1800s facade architecture has been kept to give the town charachter. 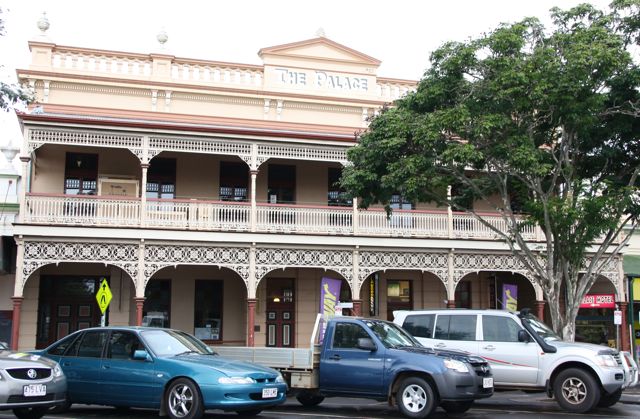 The Palace is now an Information Centre, Art Gallery and a Memorial to the 15 backpackers who died here in June 2000. Back then the building was The Backpacker's Palace. There were 84 mostly international backpackers asleep there when a fire was deliberately lit and 15 couldn't escape. 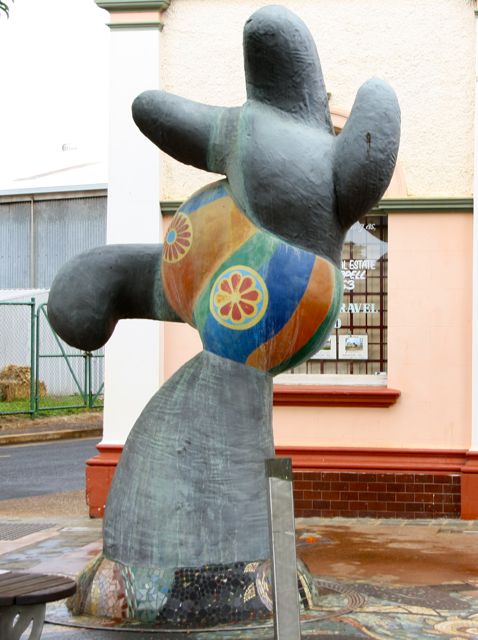 This is a controversial sculpture by Dave Machen. It is symbolic of the birth of the district. 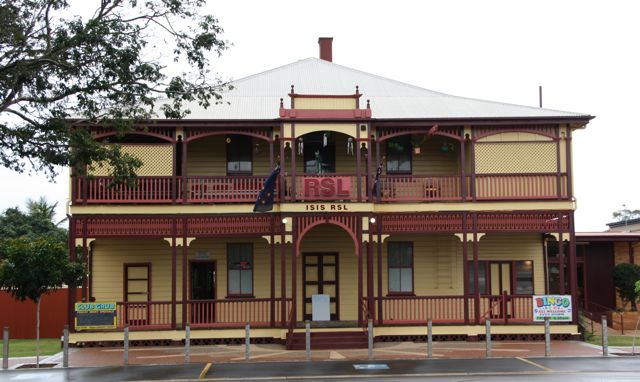 Overhead wires were removed from the main street giving it a much more attractive village like appearance. 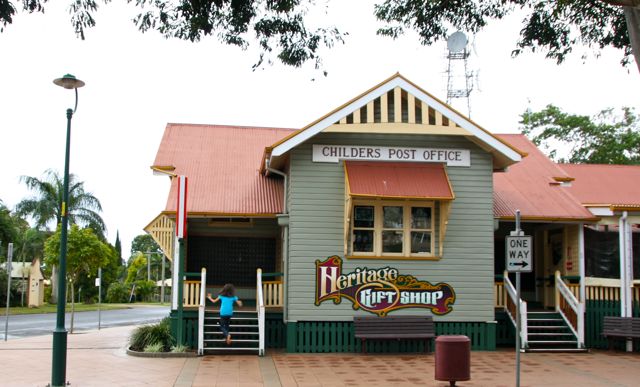 It was raining and we were running short of time and couldn't visit Woodgate Beach, near the start of the Great Barrier reef. However we did visit the village where Ann grew up and saw the house where she lived. Ann is our friend who devised this mystery tour.