A Grey Day in the Sunshine State

There is a saying about the great Queensland weather:  "Beautiful one day and perfect the next." Well it wasn't happening last weekend. It was grey and cold...well 18*C/65*F...thats cold for us. We went to Redcliffe to have a look at the new bridge from the Brisbane suburb of Brighton to the Redcliffe suburb of Clontarf crossing Bramble Bay which is part of Moreton Bay.

There are now three bridges next to one another crossing the bay. See to the left is the old wooden Hornibrook Bridge, to the right is the new  Ted Smout Bridge and we are on the Houghton Highway Bridge.


The old wooden Hornibrook Bridge was built in 1935 and named after the engineer in charge. It is the 2nd longest wooden bridge in the world. (2.8k/1.7m) It will be demolished this year except for 100 metres, which will be kept for recreation and fishing.


The Houghton Highway concrete viaduct in the middle will be renovated and will carry the northern bound traffic. This bridge was a disaster from the beginning. It was built in 1979 and was already too small for the volume of traffic when it opened. It dips in between every support and makes for a rough roller coaster ride. It was named after the local member of parliament who resigned before the bridge opened. For years there was dicussion on how to improve the bridge. Finally a new one was opened this month.

The Ted Smout Bridge is named after Queensland's last surviving WW1 veteran who lived locally but died in 2004. It is strong enough to withstand cyclones and is the longest bridge in Australia at 2.74 k/1.7 m. 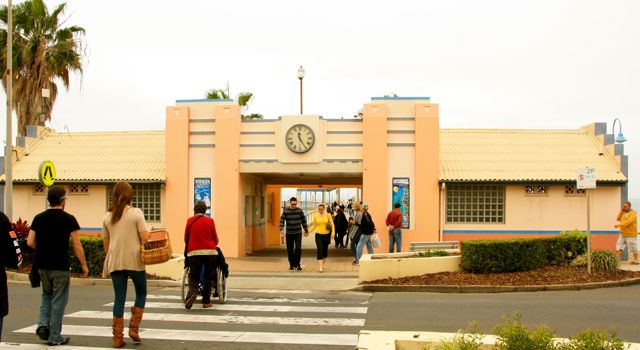 While in Redcliffe we walked out onto the renowned Redcliffe Jetty.  The bathing pavilion was built at the entrance to the jetty in 1937. 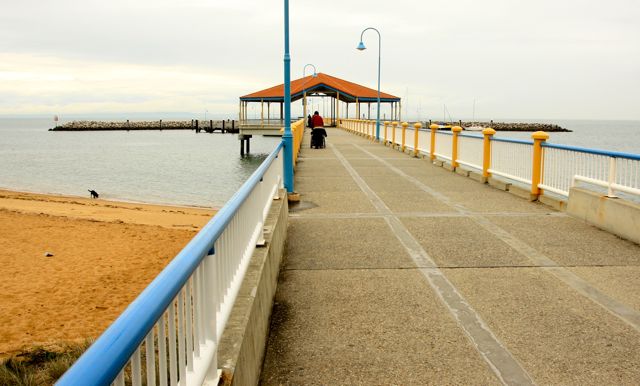 The first jetty was built in 1885 where convicts were unloaded to build the Redcliffe settlement which was to become the main town but later the Brisbane River site was preferred. The jetty was renewed in 1922 and again in 1999. 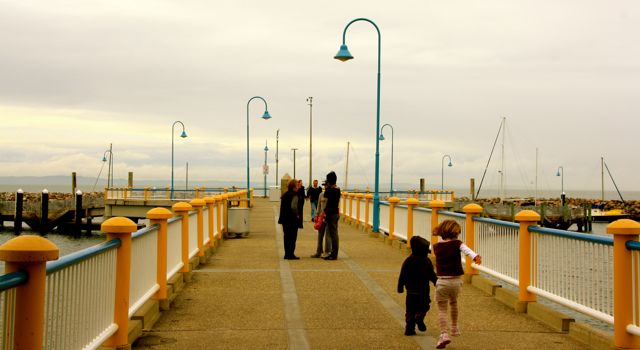 It was a bit breezy and cold out here amongst the forest of blue light posts so we turned around, walked across the road into a sheltered coffee shop. 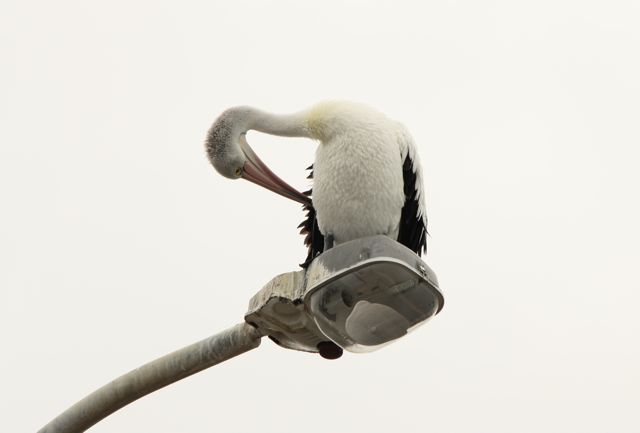 The day didn't get any brighter so we headed for the car. I spotted this pelican preening on a light post but Bill wasn't too impressed as it was....... 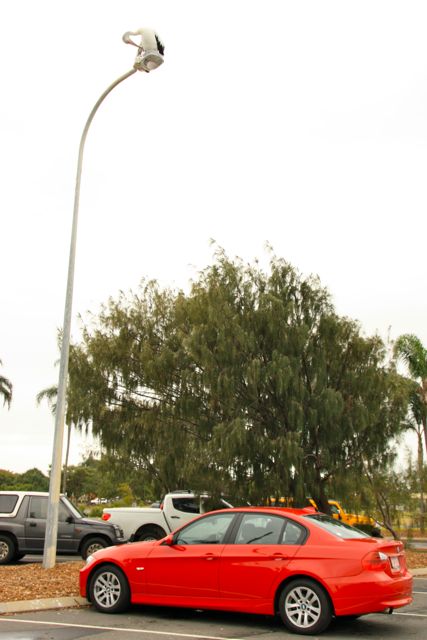 ....right above our car. It even provoked Bill into a run to move the car before it was bombed. 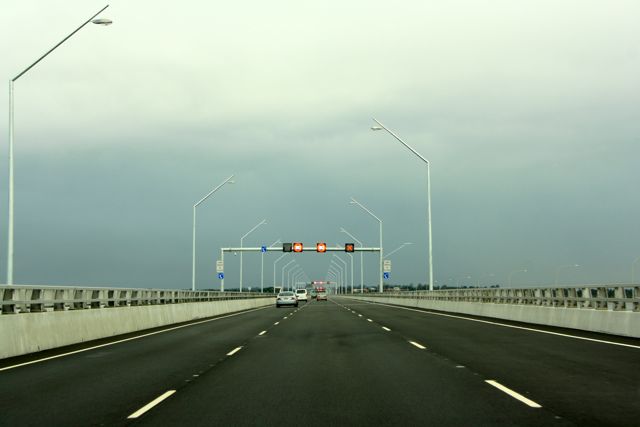 Then we travelled home on the brand new bridge which carries the south bound traffic. We made it before the rain which was only a light shower anyway.
Posted by diane b