While in Marybrough we came across a statue of Mary Poppins. 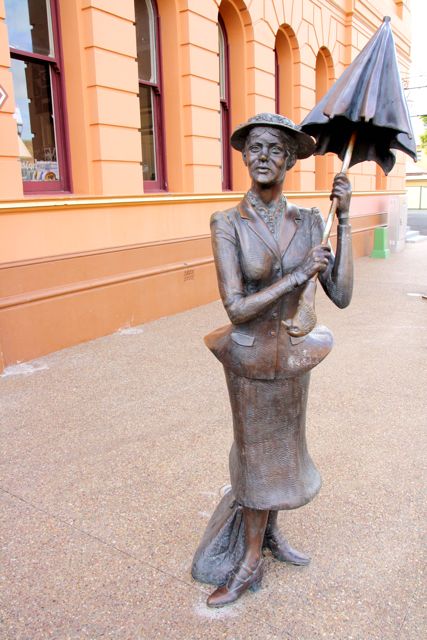 Although I couldn't find out who did the sculpture we did find out that it is there in memory of the author of  the Mary Poppins books.  P.L. Travers was born in Maryborough in 1899. 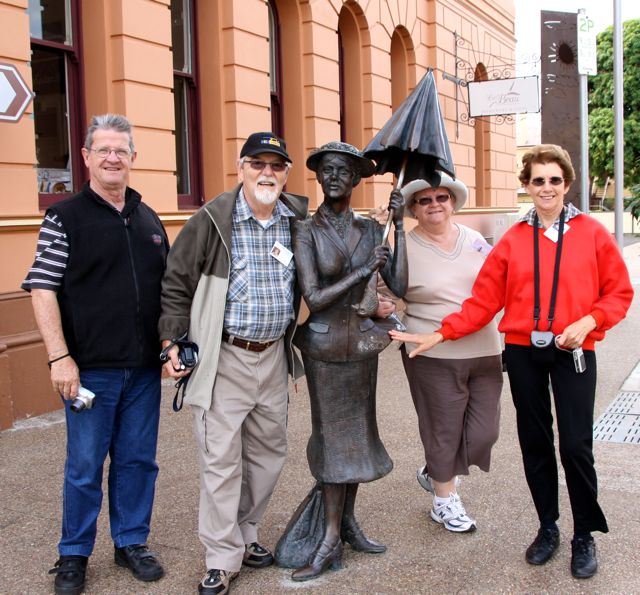 She was born Helen Lyndon Goff in the residence above the bank behind my friends . Her father was the bank manager. She was a novelist, actress and journalist and left for London in 1924 where she died in 1996. 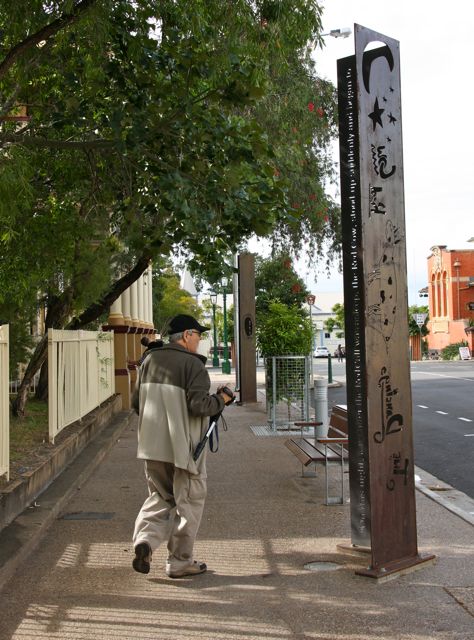 Her books were adapted to film and musical theatre. Further down the street were more sculptures every 50 metres........ 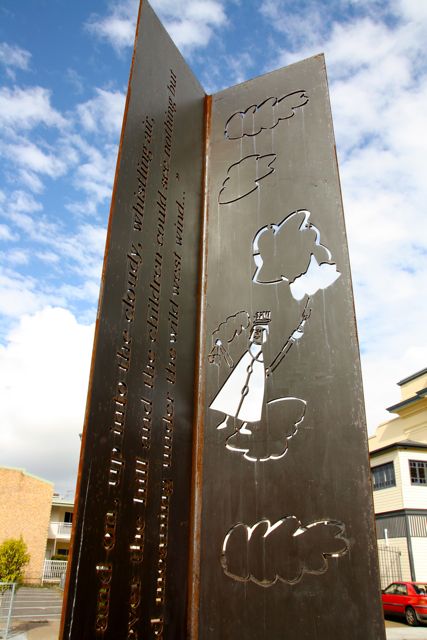 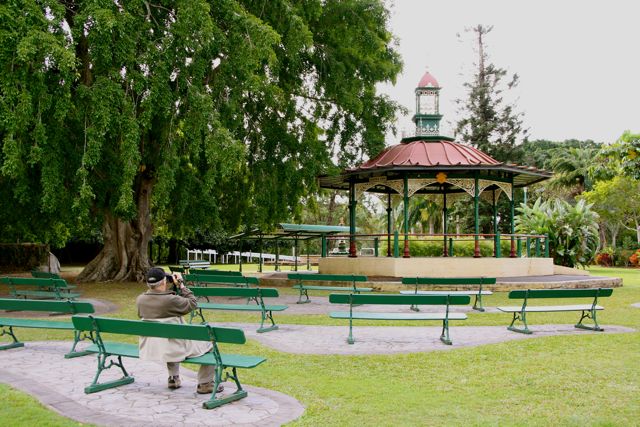 We also visited Queens Park in Maryborough where there was a band rotunda that was bequeathed by Janet Melville in memory of her brother who was the mayor. The entire structure was imported from Scotland in 1890. 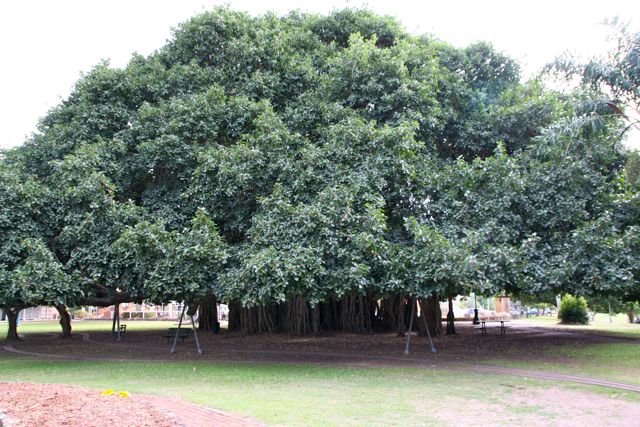 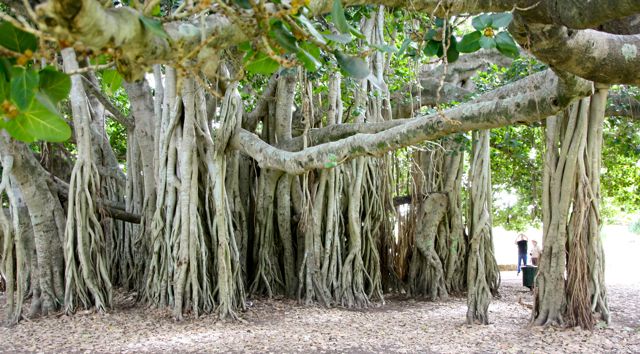 ....aerial prop roots, which hold up the branches. (The council have helped by using metal ones too, see above) 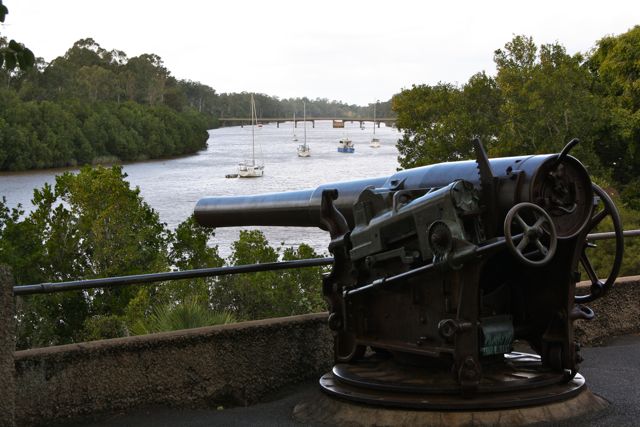 The Mary River was named after Governor Fitzroy's wife, Mary, in 1884. The guns were given to the community by the Navy in 1914, when they updated their arms for WW1.
Posted by diane b