During our trip we encountered some interesting animals: 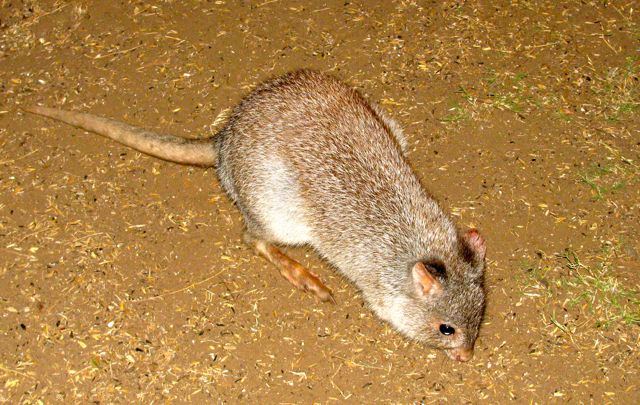 In Cania Gorge Holiday Park the hosts feed the wild birds at sunset. After dark many of these little kangaroos called Bettongs come to eat up the seed left by the birds. They are sometimes called a Rat Kangaroo for obvious reasons, except they hop and don't carry awful diseases.(photo by George) 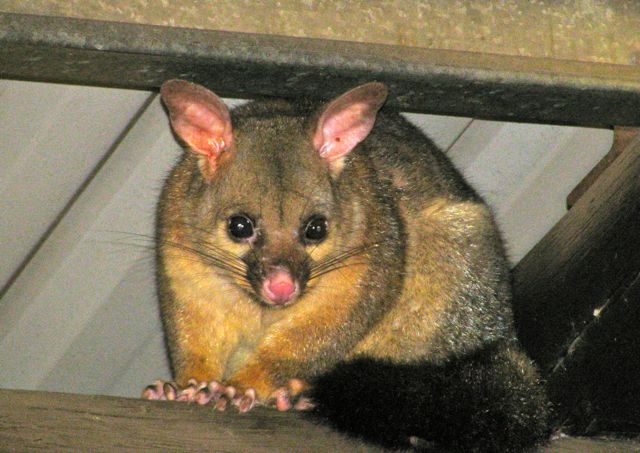 Later that night we were having a BBQ dinner in the Camp Kitchen. This rather fat possum was on the roof rafters near us. They are cute but they don't have very good manners. Just as I walked under it to the sink it peed. I was lucky it missed me by a whisker.(photo by George) 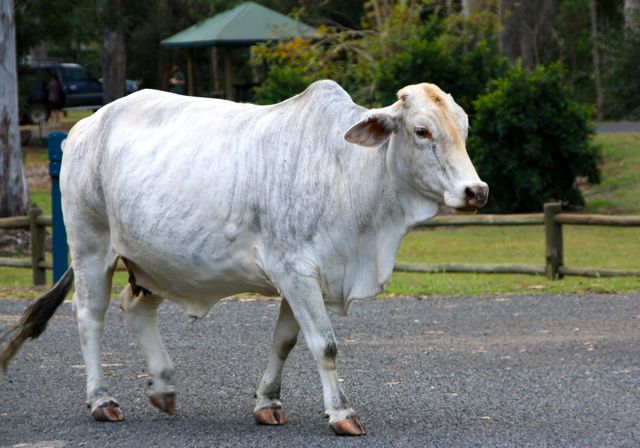 Besides the native animals there was a variety of cattle. This looks like a Brahman. 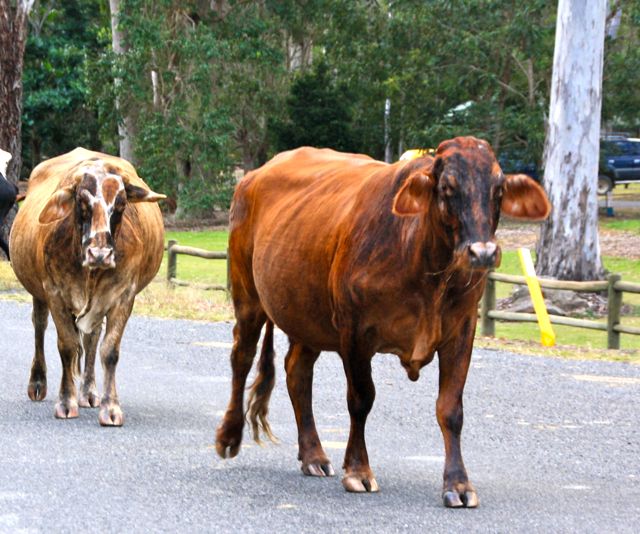 These could be Droughtmasters, a cross breed. I was fascinated with the patchwork face of the one behind. 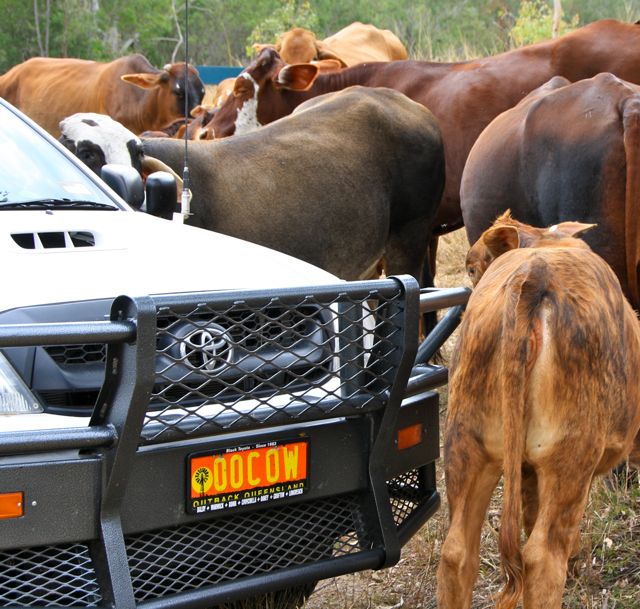 Just in case you don't know what these animals are. 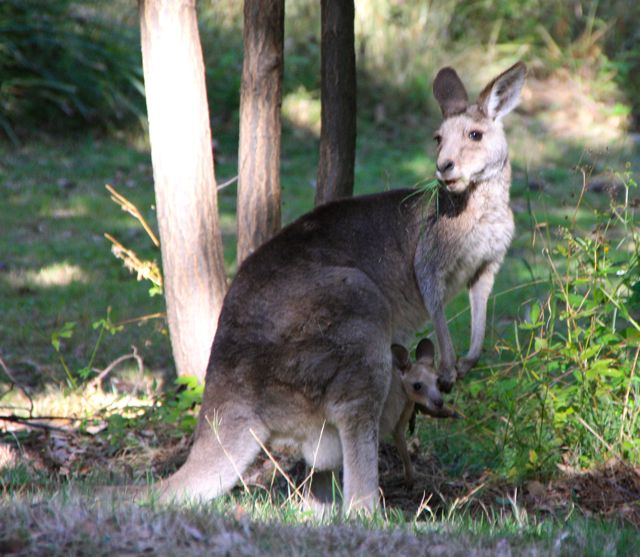 At Carnarvon Gorge there were many wallabies another type of kangaroo. She has a joey in her pouch. 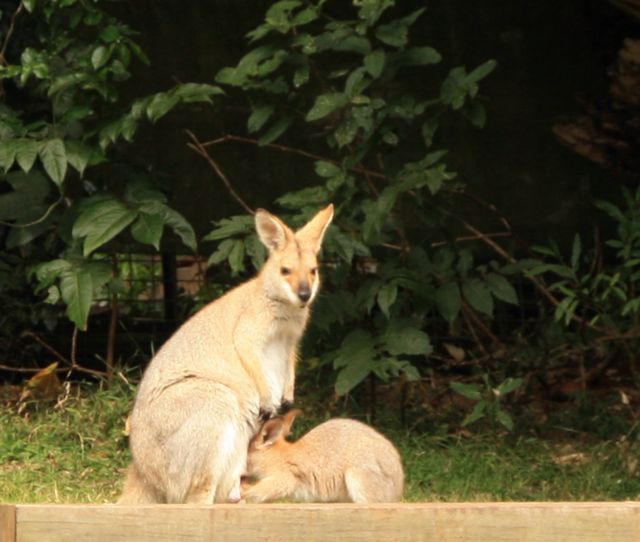 These were at Bunya Mts. This joey has left the pouch but comes back for a drink. 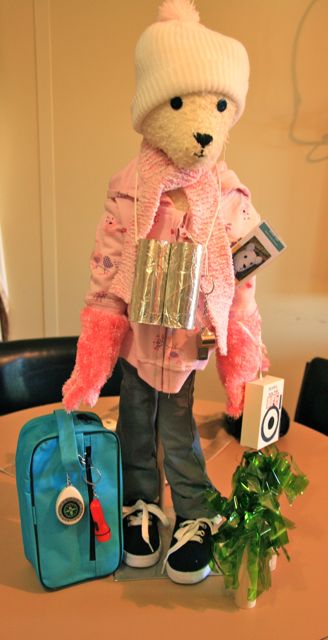 And of course this bear followed us around the whole trip.
Posted by diane b