DOWN BY THE RIVERSIDE

My friend Val, rang me and said, "It's time to catch up and have lunch. We have found a new restaurant down by the riverside." Well nobody has to ask me twice to go out for lunch, so off we went. Val gave me the directions to Northshore Park Cafe and after an argument with the driver we finally found this delightful place. 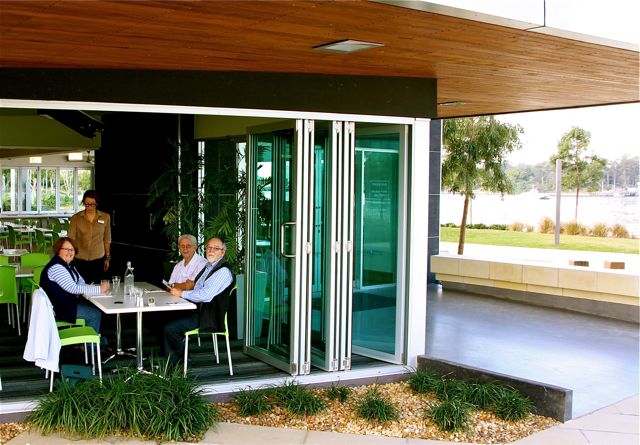 It was a beautiful winter's day, warm enough to take off jackets, open the windows and enjoy the river at the doorstep. 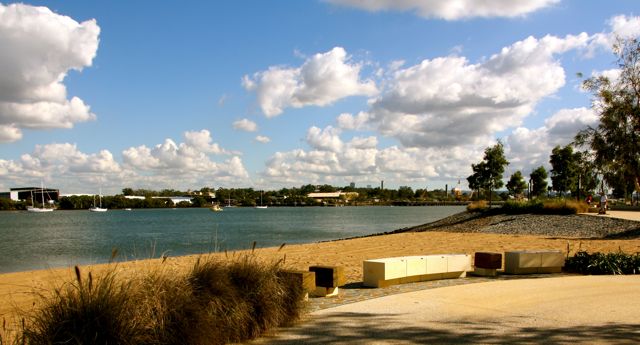 This area on the northern banks of the Brisbane River was a grotty industrial place but now it has been developed into a park and children's playground. 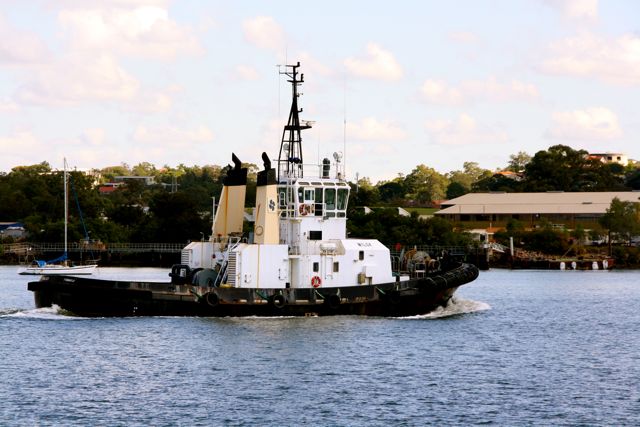 We watched the river traffic. What is the Sydney Manly Ferry doing in the background. Why is it on the Brisbane River instead of on Sydney Harbour? Find out on Bill's blog. 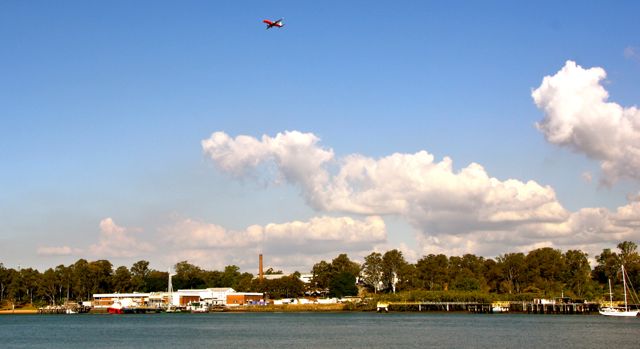 We were also near the airport so colourful planes were often flying over. I thought this red Virgin plane matched the red tug moored on the other side. 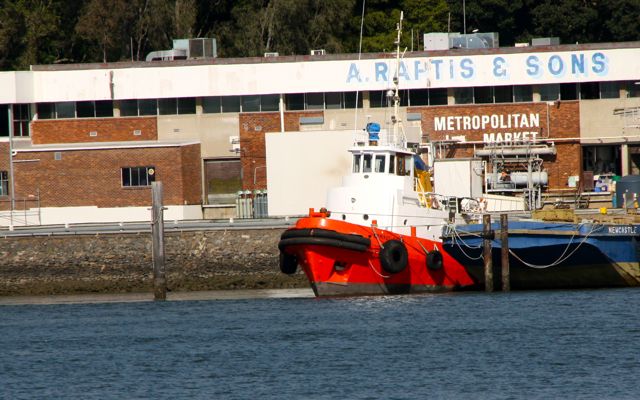 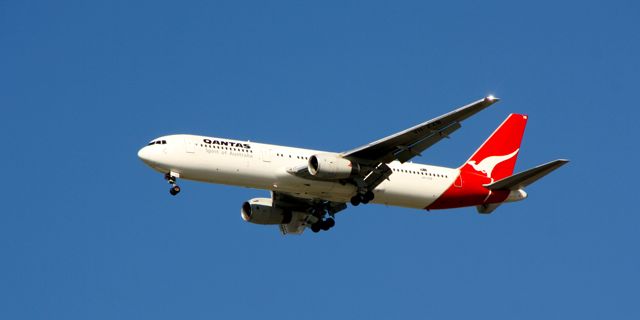 Then a bigger one came, our national carrier QANTAS (Queensland and Northern Territory Air Service)
It was a nice day down by the riverside. Tra lala la  la
Posted by diane b