We have been lucky in our state and we haven't had any new cases or community transmission of the virus for some time. So we have been eased back from lockdown through stages where we now have a lot of freedom but we must still social distance and sanitise. The size of crowds has increased but not unlimited yet.
So we were able to return to our village monthly dinners. This month's theme was Christmas in July, which I don't really believe in celebrating because I think it is a hang over from British Colonial days, where the people felt it was strange having Christmas in summer. So some people feel it is still right to celebrate Christmas in winter in July. Even though I don't agree with the idea , I'm always up for a dinner party, so we went along and enjoyed. 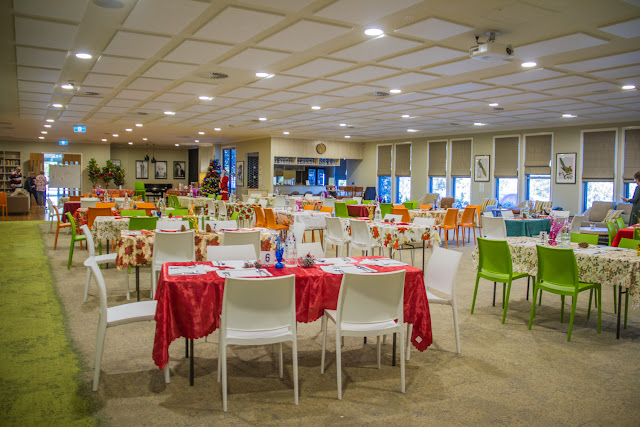 The organising of the dinners has been handed over to the residents. A committee was formed and they organised the lunch very well indeed. They set the tables. 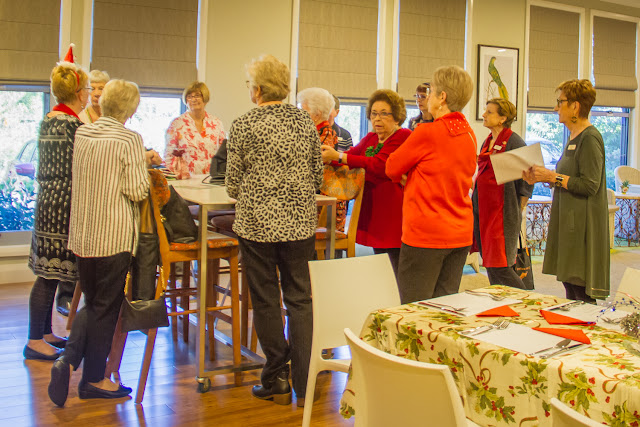 They organised a two groups of volunteers to wait on tables, one group for mains and one for dessert. Here they are getting instructions from the committee members. This was necessary because the high school students we usually have were not allowed to come due to school restrictions at the moment. Also it's not a good idea to have teenagers mingling with oldies yet. 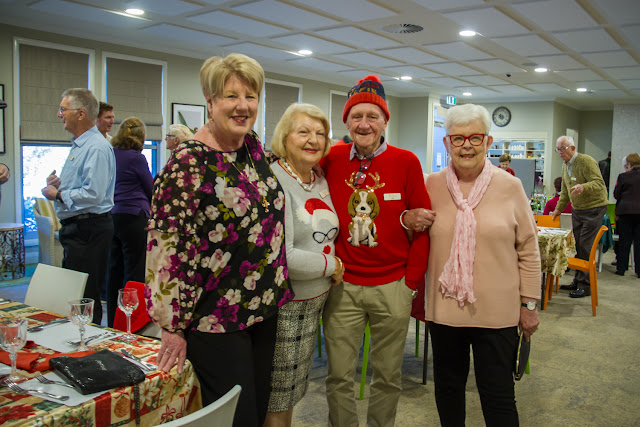 Some came dressed in Christmas attire. 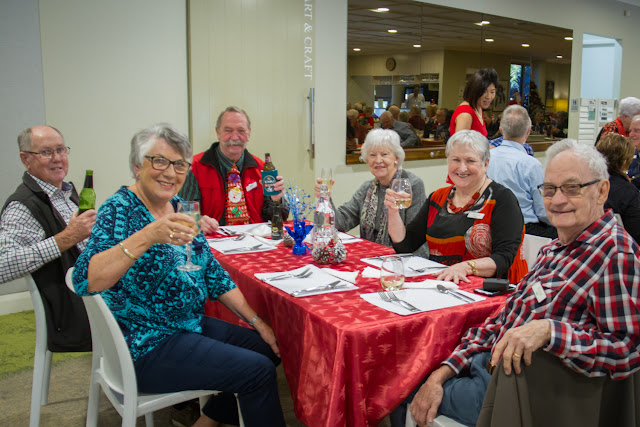 There were many tables of happy retirees, being able to socialise again. Our CEO mingling with the residents in the background. 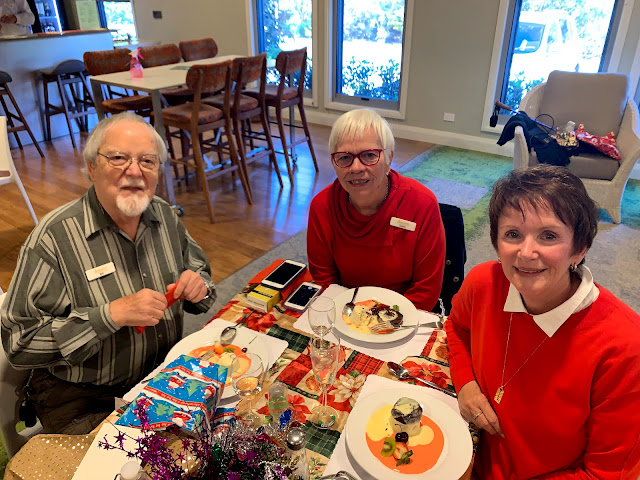 The three of us are the village photographers and it is always hard to get a photo of ourselves. We usually take each others table but this time we were sitting at the same table. The CEO organises where we sit, so we don't sit with the same people every time. Julie conned her husband for this shot. 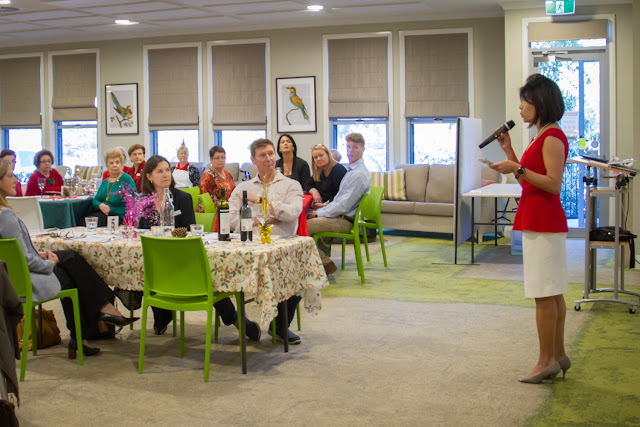 Our CEO/owner of the village, welcomes everyone back after lockdown. She also organised a would be candidate for State Parliament to speak to us.

About 80 of us turned up to the party. 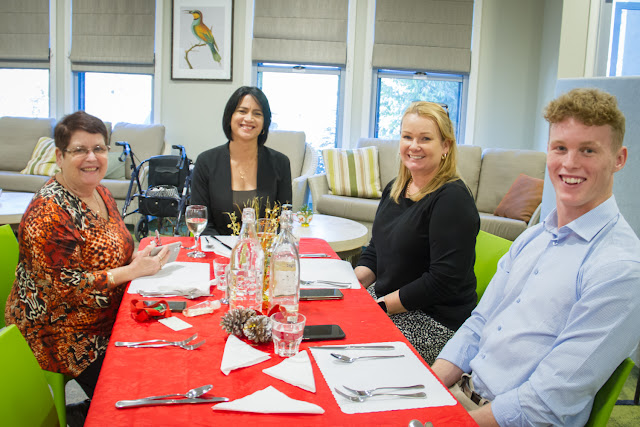 Some of the staff joined us too. 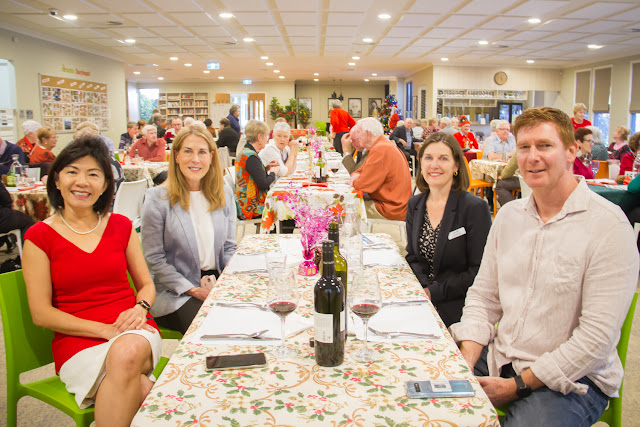 The CEO, Chiou See and partner Brendan with the candidate and PR person. 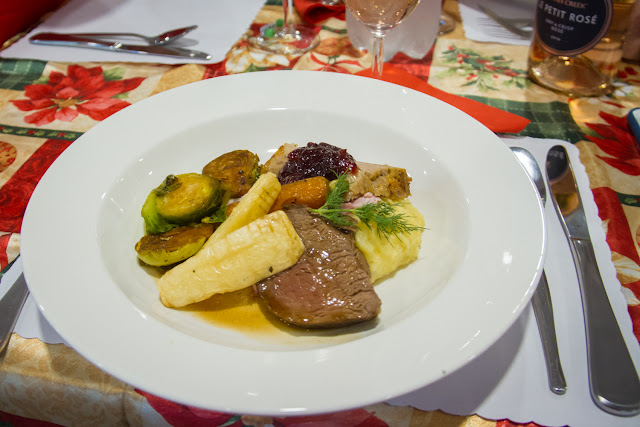 The meal was delicious, beef, ham and pork with sprouts, parsnips, carrot and mash. 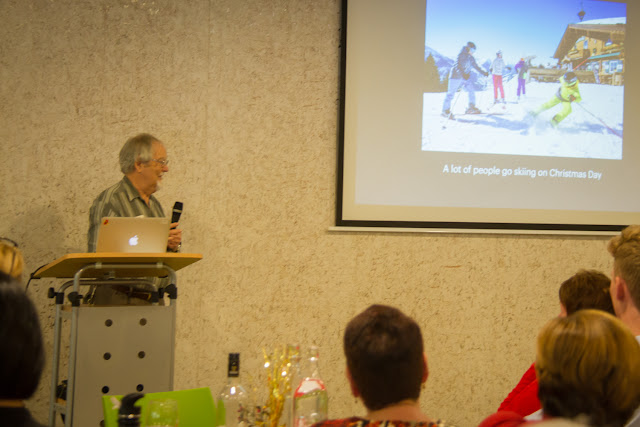 After mains we have a guest speaker and look who it is, none other than my hubby, Bill. He was asked by the committee to talk about how Christmas is celebrated in Switzerland, since that is his homeland. 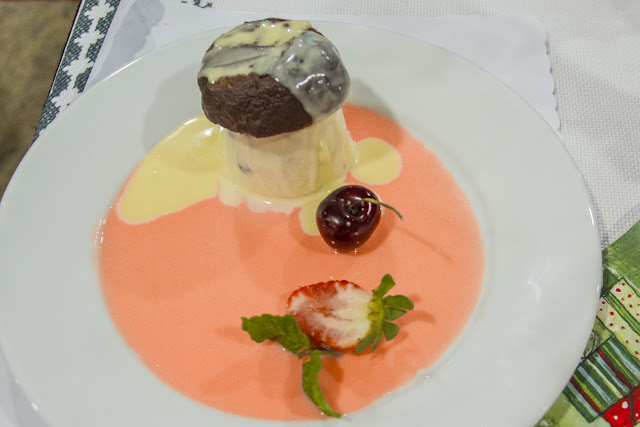 Dessert was a treat. A mushroom made out of gelato and a brownie of some kind, with a lovely sauce. 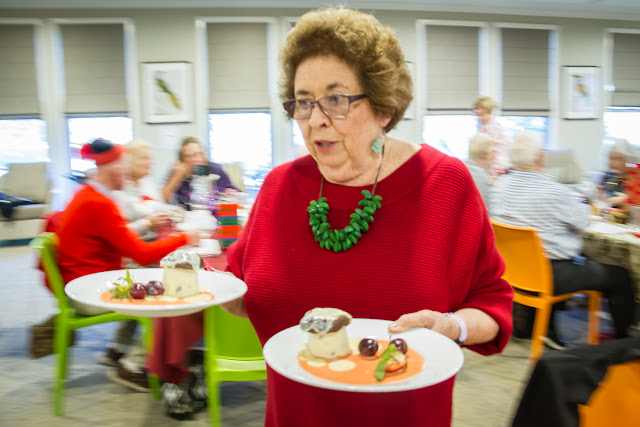 Rosa and the other volunteers did a great job.
Posted by diane b 28 comments: 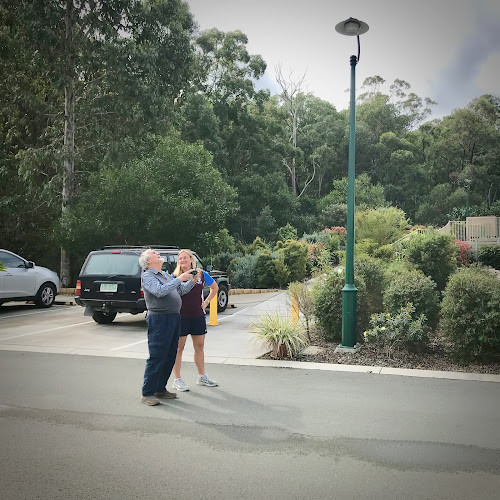 Bill wants to widen his horizons in making videos. So he is learning to use a drone. Luckily we have a young friend who is a photographer and has a drone so she came to give Bill a lesson. The next day he was trying hard to remember what he had learnt. 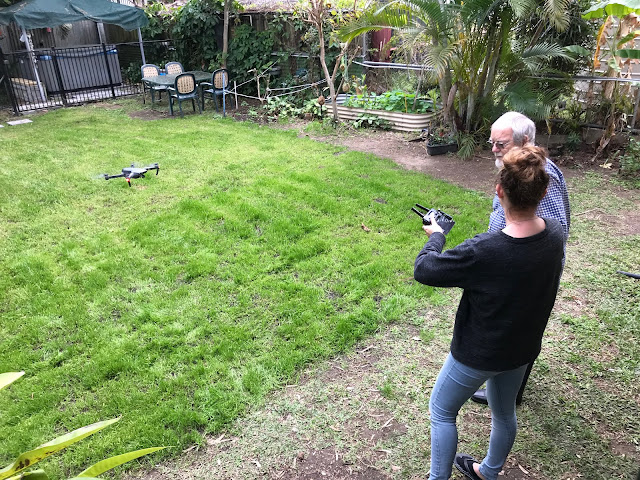 Today we were invited to friends for lunch. Surprise surprise! They had a daughter, who also is a photographer and uses a drone. So Bill had another lesson.  He knows how to charm the young ones. 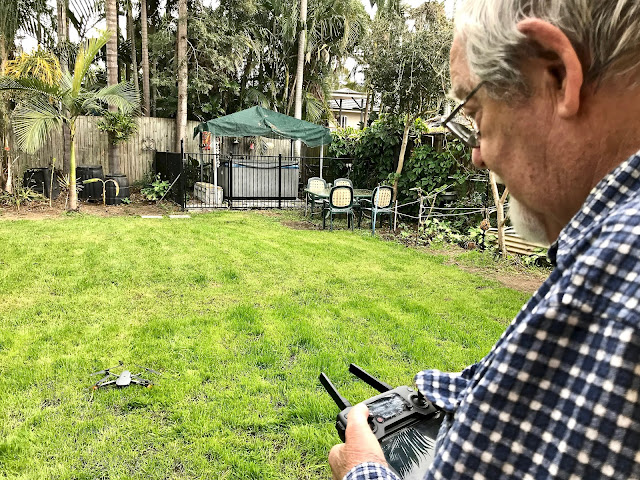 Now lets see if he has remembered what to do. 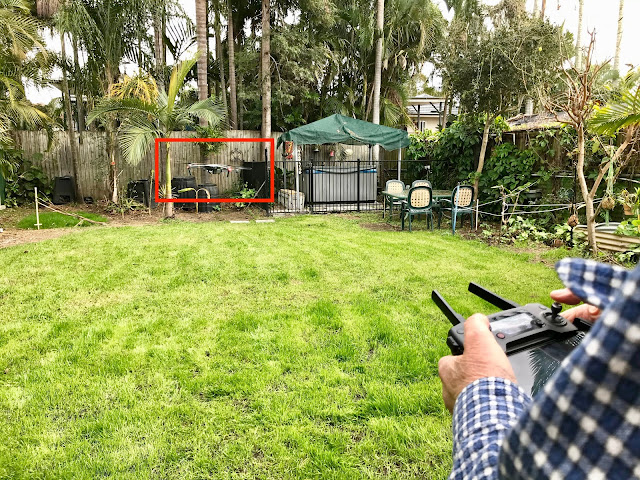 Wow we have take off. 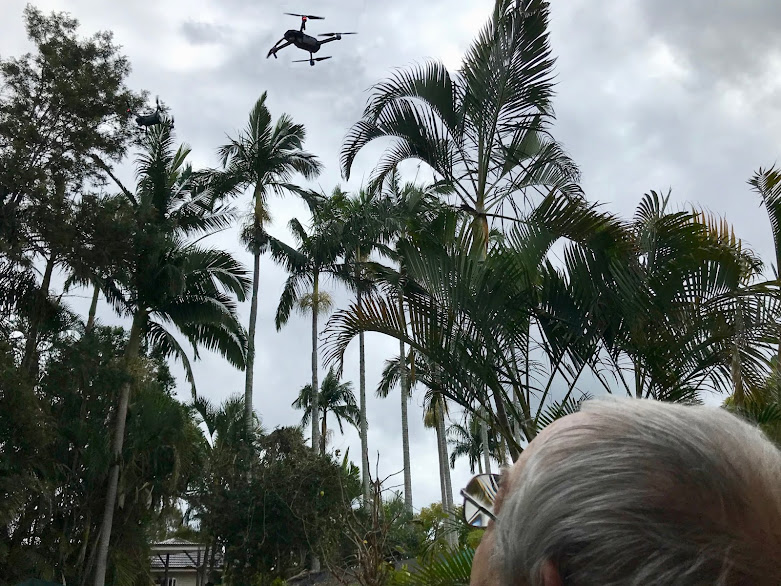 He was so excited to be able to control it.
Posted by diane b 26 comments:

Email ThisBlogThis!Share to TwitterShare to FacebookShare to Pinterest
Labels: Drone

When I ventured outside on a mild winter morning it was foggy. A wallaby and her baby were hopping down the road but got frightened when they saw me and they quickly hopped away. The fog made the forest quiet and beautiful. The fine droplets of mist collected on the hundreds of little spider webs. It made the forest look like it was full of fairy lights. 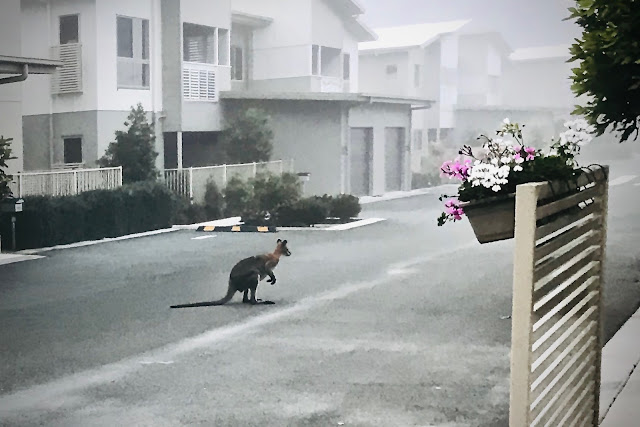 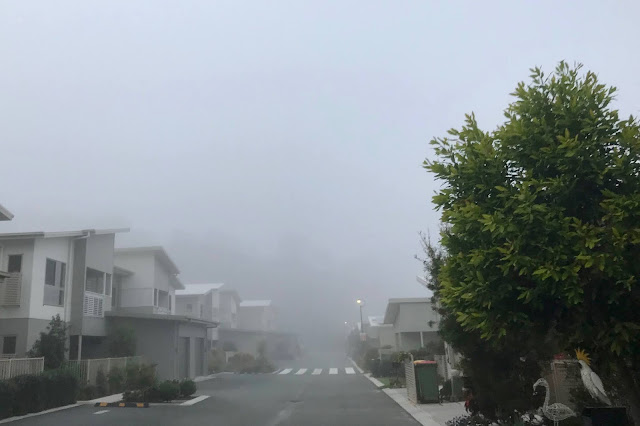 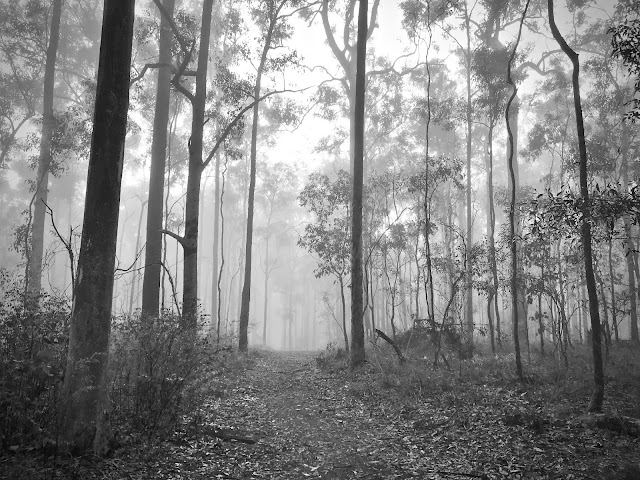 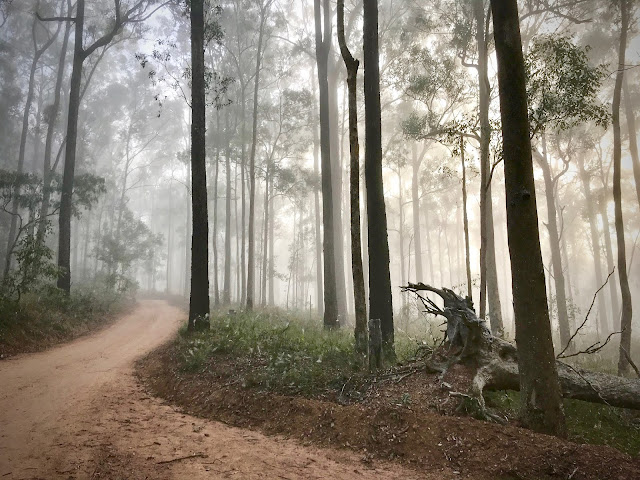 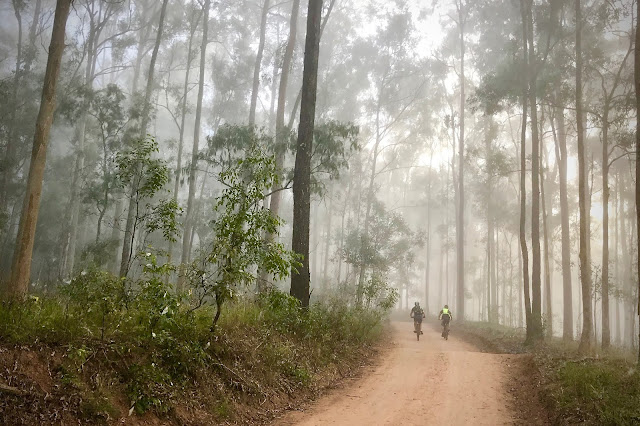 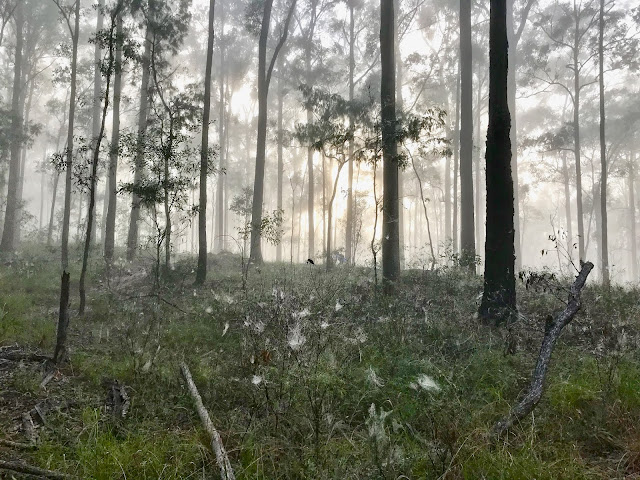 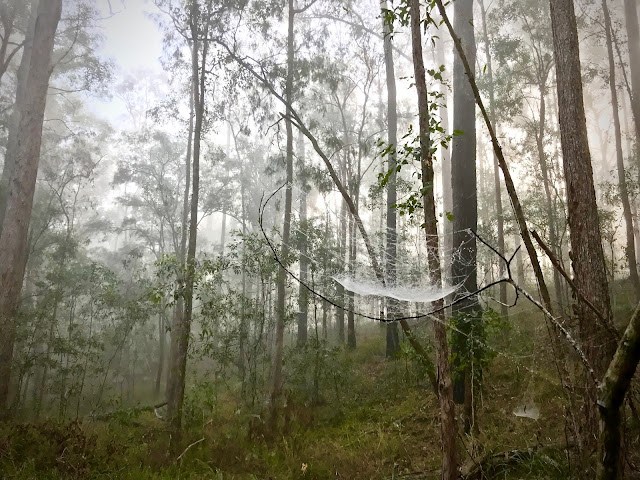 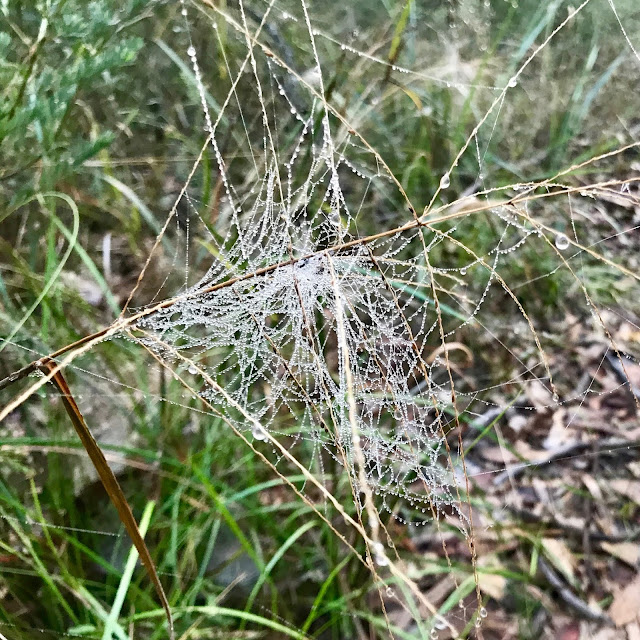 Posted by diane b 23 comments: