Crash,Thump! Its not in the Book

I was in the bathroom, getting ready for work this morning when I heard a crash and a thump. Bill called out, "What was that?" I thought for a moment it was him, he thought it was me but no It was a bird crashing into the window. It was in a heap on the floor of the balcony. I ran for my camera. When I returned it was in a dazed state trying to get away. It climbed onto the wires and teetered there for a a short time. Then it took on a take off pose and somehow managed to launch itself. It flew to the safety of the trees no doubt with a sore head. 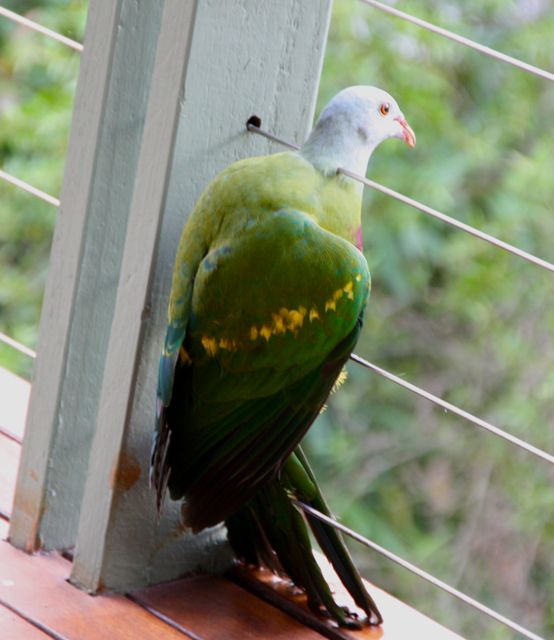 The strange thing is I have never seen this type of bird before. It looks like a parrot but with a stubby tail and a pale blue/grey head. I think it had red on its belly as well as yellow. 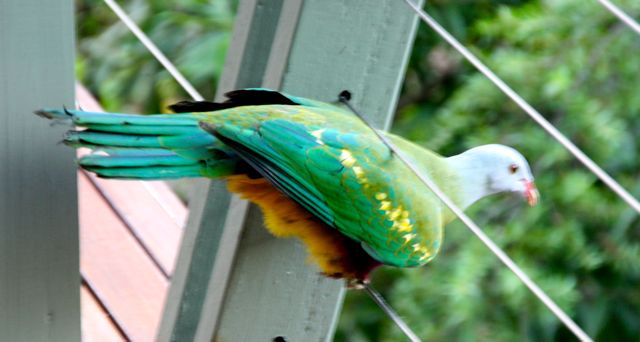 It is much bigger than a Lorikeet. I have checked in both my bird books and can't find one with a tail like that, a yellow stripe on its wings and a pale head. So if there are any birders out there who can help with identification it would be appreciated.
Posted by diane b