Some time last year my daughter asked if I could spend a week helping look after the children while she goes to USA to spend a week with her husband, who is working there again for a short time. She also needed to reactivate her green card. I agreed, not realising by then we had decided to sell up and move. The dates clashed but we worked it out. We added a few weeks to settlement date so that I could jump on a plane and be in Melbourne for 9 days before moving, which will be 3 days after I get back. So I packed up the house as much as possible before I left home and left Bill to do the rest. Our other daughter and SIL will fly from Sydney to help him on the weekends.
Simon, the home help and distant Swiss cousin, lives with Sonya and Bernie. He is great at looking after the boys but I am the one who spoils them and tries to be a surrogate mummy. I have the early morning shift. The little bundles of energy are awake and romping between 5 and 6am. Lucky I'm used to waking early and going for a walk (which is more peaceful).
However, it is lovely bonding with the boys since I don't see them very often. 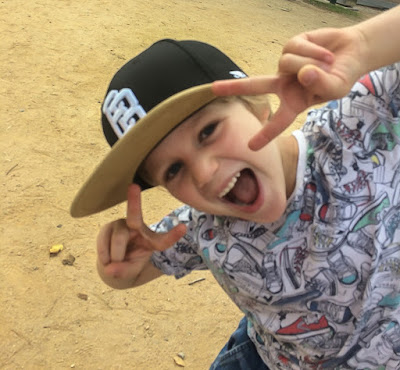 Fox showing off his new hat BB for Bad Boys but I told him it was Grandaddy's hat because his initials are BB. We were at Alma Park in St Kilda. There was a beaut playground and lots of food trucks. 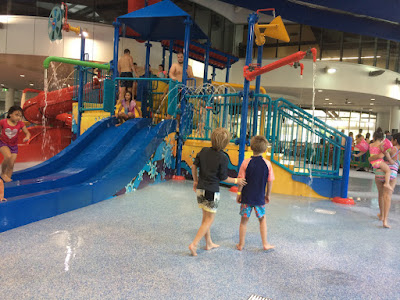 Another day Simon took us to Water Marc a great water park in Greensborough. There were many activities and pools. Simon and the boys loved the huge water slide that you came down on a floating tube. 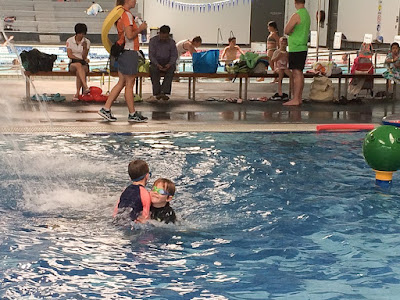 Fun under the waterfall 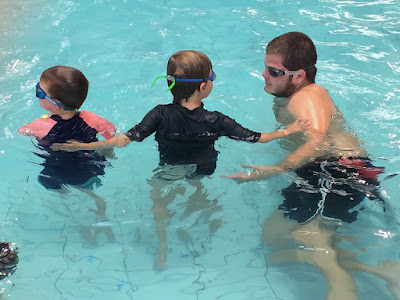 Simon plays with the boys in the pool and looks after them well. 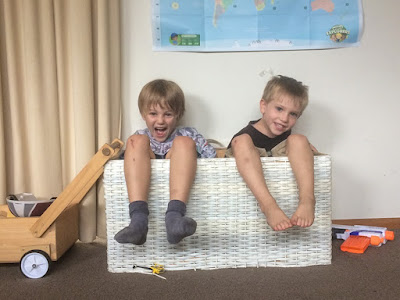 At home we play in the rumpus room with their millions of toys........talk about being spoilt. 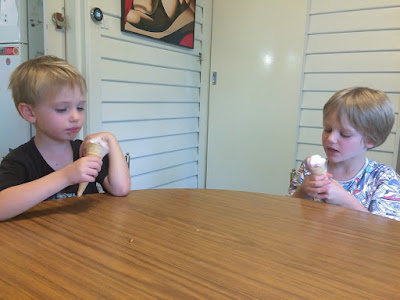 A reward for clearing the table after dinner. Then bath, story and bed. Then Grandma also crawls into bed much earlier than usual. I take my hat off to grandparents who look after their grandchildren full time. After the long weekend it was back to school for Fox and Kindy for Banjo. That gave Simon and I a break for a few hours. Time to do the laundry and clean up.
Posted by diane b 23 comments:

I'm sorry that I haven't had time to read and comment on your blogs lately but I've been a bit busy and preoccupied with all the organisation needed for moving house. So much to do besides the obvious culling and packing but also the liaising with agents, solicitors, village staff, removal company and all the utility companies. This, as well as going to Melbourne for nine days to help out with baby sitting before we move. Oh well keeps the body and mind active but I'll be happy when it is all over and I can relax and get back to blogging more often. 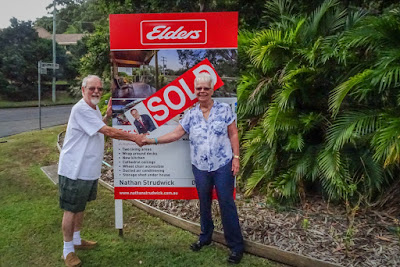 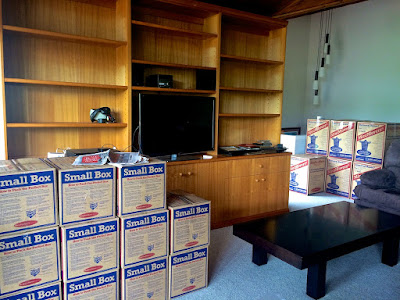 This is just one room. There are many more that look like this. 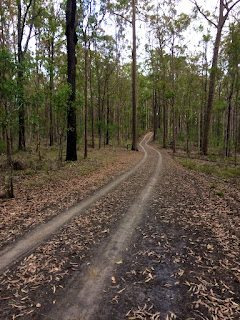 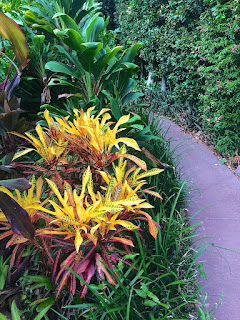 I am taking loads of photos of my garden so I can still enjoy it when I have gone.  I still manage to squeeze in a morning walk in Daisy Hill Forest and I will be able to continue this as our village is right beside the forest. 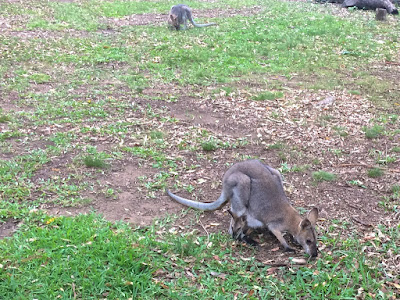 We saw a joey in Mum's pouch. 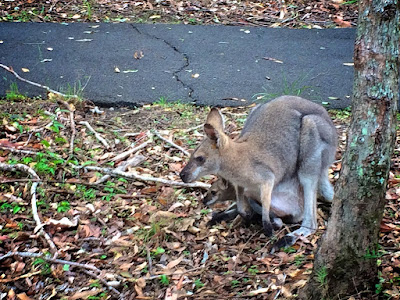 The pouch looked stretched to the limit. 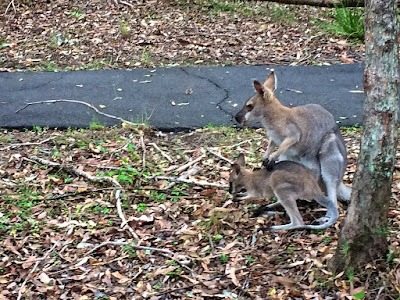 Then this big joey climbed out 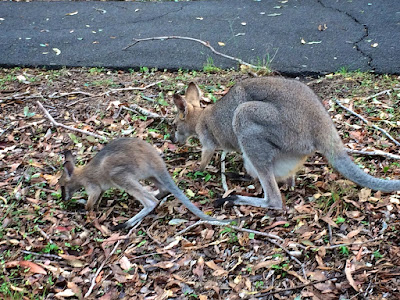 The pouch hung open and joey often put his head inside for a drink. I think joey is big enough to leave home. I think a lot of human parents think that these days. 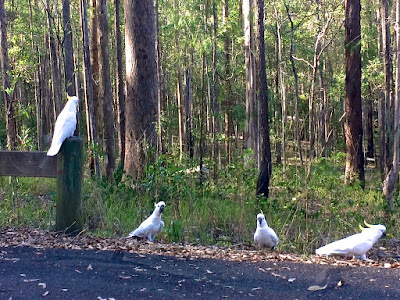 Driving out of the forest I saw a flock of cockatoos on the roadside. These are just a few from the car window. Then it was home to do more packing.
Joining Eileen's Saturday Critters
Posted by diane b 32 comments: