Continuing our mystery tour. Each day Ann gives us a little envelope with the information on where we are going.  Yesterday Ann told us we were going to The Chinchilla Bed and Breakfast. However, we ended up at a mutual friend's house in Chinchilla and she was expecting us...da dah.. it was a surprise. 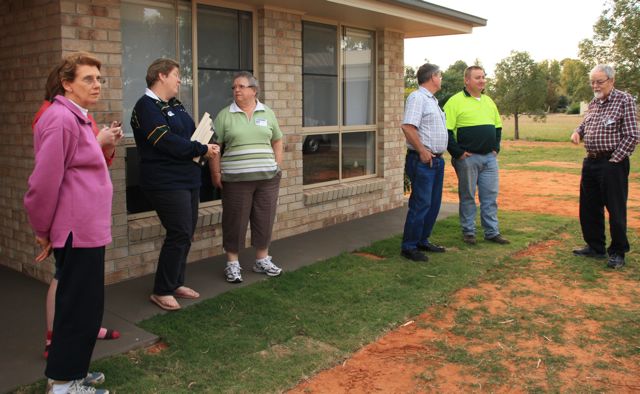 Judi, also worked at our school with the rest of us but has now moved to Chinchilla. She offered to put all of us up for the night in their big new house. 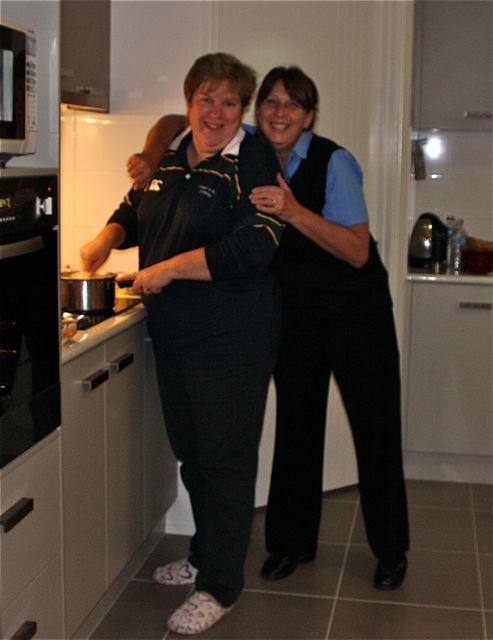 Another surprise. Later in the evening another friend turned up, who also worked with us some time ago.  Jo has also moved to Chinchilla unknown to us. She came over and helped Judi prepare dinner for all of us. Their husbands were also there and joined in the fun. It was so exciting meeting our old work buddies again. 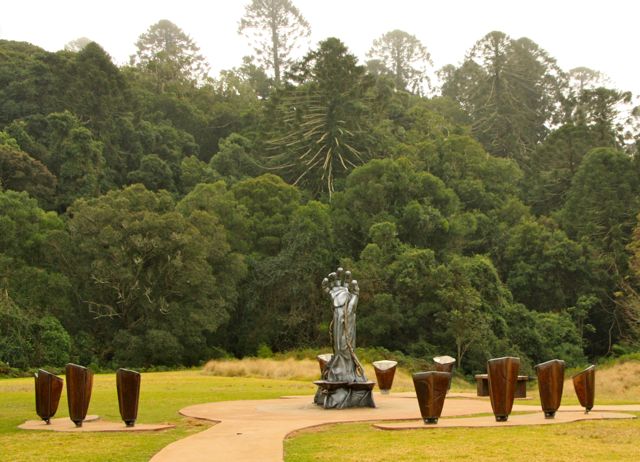 The next day we drove on and on to Bunya Mts, another bucket list place for me. Ann has done such a lot of organising. We were to do some forest walks but it was raining so we had a lovely piping hot lunch. Then we drove a short distance to Maidenwell, where we stayed in a farm house. 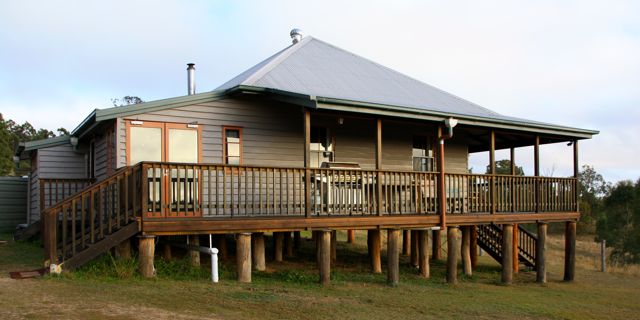 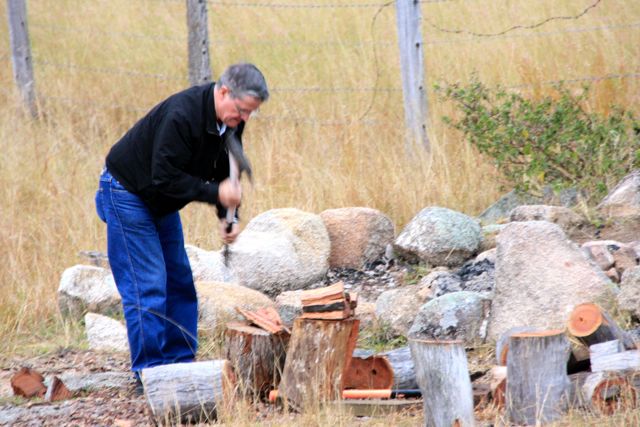 George had to chop the wood for the fire. 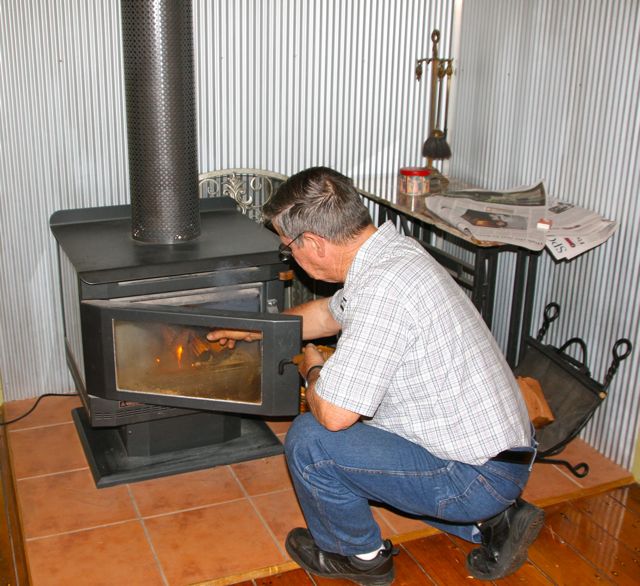 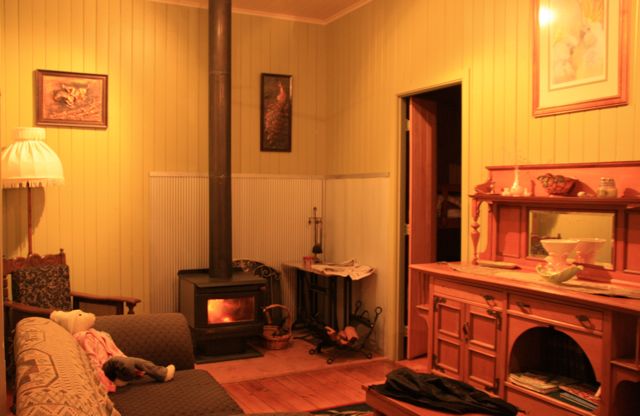 Bear was very happy to stretch out on the sofa in front of the fire. We were to visit the local observatory after dark to look at the stars and moon but it was cloudy and rainy so we went to the local pub for dinner.
Posted by diane b