In future posts I would like to show you more photos and give more info on the places we visited on our mystery tour around Queensland (and hopefully a map if I can work out how to do it.)
Gympie is a small country town 106k north of Brisbane. It has 16000 people. They grow crops, especially pineapples and they produce dairy products. Gold was discovered there by James Nash in1867, which helped Queensland climb out of debt at the time. The town was known as Nashville at first but then changed to Gympie, coming from the aboriginal word gimpi-gimpi meaning 'stinging tree'.

We walked around the city park-Lake Alford Recreational Park. It was a grey day. 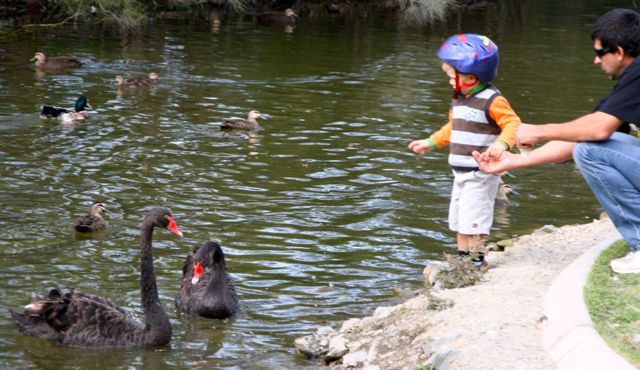 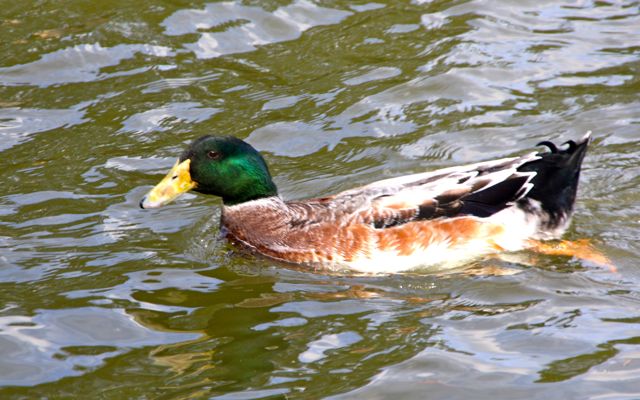 I don't know ducks hopefully Colin the duck specialist will tell me. Thanks to readers I can add that it is a Mallard Duck. 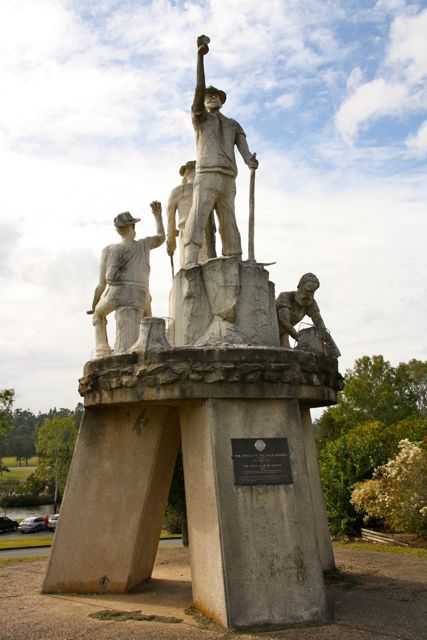 A sculpture of Gold Diggers by Herman Husman stands in the park. 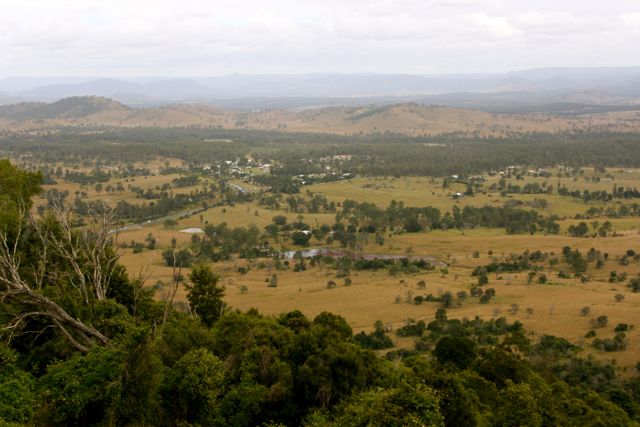 Just outside Gympie we drove up Mt Kanigan, where our friend George grew up on his parents farm. He told us stories of walking down to school in the little settlement seen in the distance and then the hard walk back up the mountain. 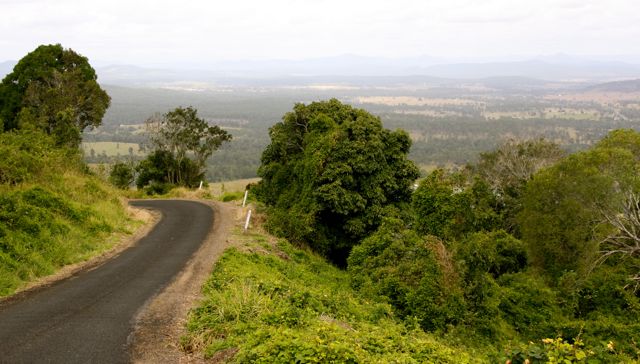 George also told us how he had to transport churns full of cream down the slippery dirt road behind a horse on a dray when he was a young boy. He said it was hard stopping it going too fast and spilling over. However, they had a wonderful 360* view from up there.
View Larger Map

Click on the minus sign to get an idea where it is in relation to Brisbane.
Posted by diane b