It is the last day of our mystery tour and I thought we would be heading home. I was wrong. We left Scarborough Beach and headed towards the Glasshouse Mountains where Ann had booked up for us to see a Parrot Show at Parrots in Paradise. Dail has a collection of parrots from all over the world. She breeds them, sells them and puts on a show to educate and entertain guests. She has trained some of the parrots to do tricks. She maintains the the birds are not forced to do anything they don't want to. She says they actually enjoy playing and showing off. Here are some photos of the birds, unfortunately I am not sure of the names of all of them. They are certainly beautiful and clever birds. 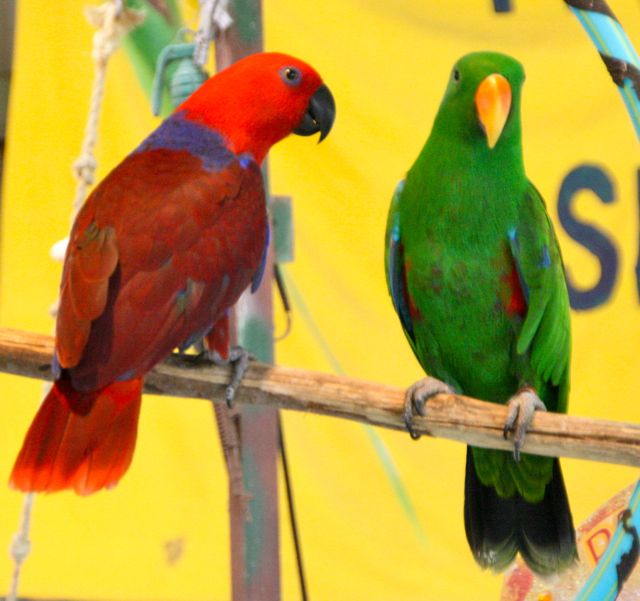 I think these are Eclectus Parrots found in New Guinea. They are unusual in that the female is the brightly coloured red one and the male is the green one. 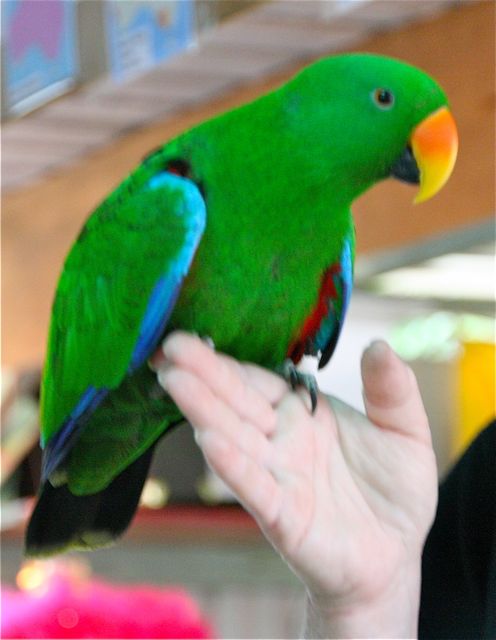 However the male is also colourful in that it has blue wings and red underneath. 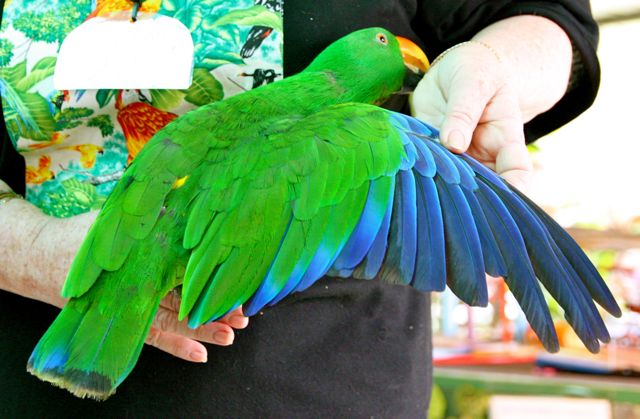 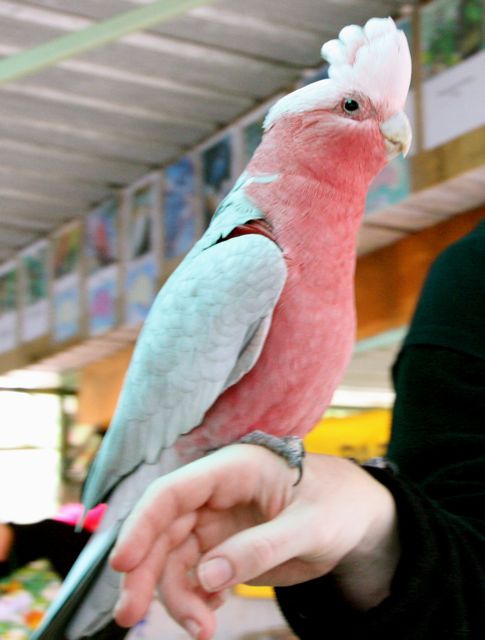 This is an Australian Galah, we saw many of them on our trip. 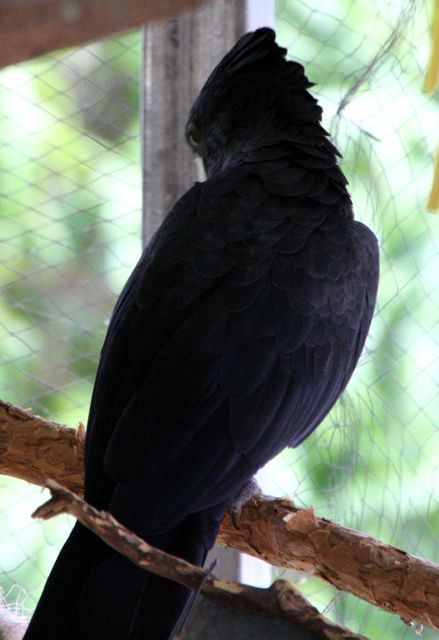 This shy fellow would not show his face for me. It is an Australian Red Tailed Black Cockatoo. 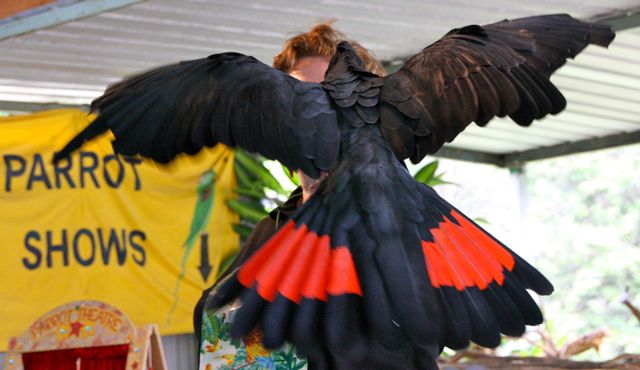 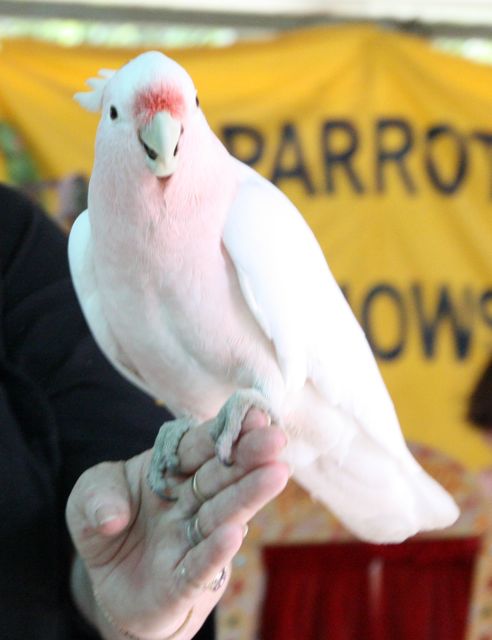 I can't remember this ones name but it can change colour from almost white to a bright pink.
Thank you Cindy, who says it is a Major Mitchell Cockatoo. 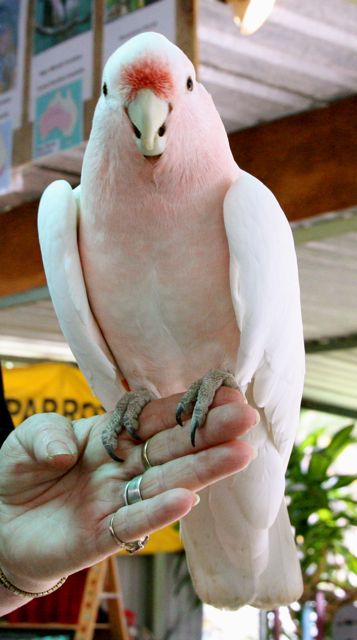 It is bright orange underneath 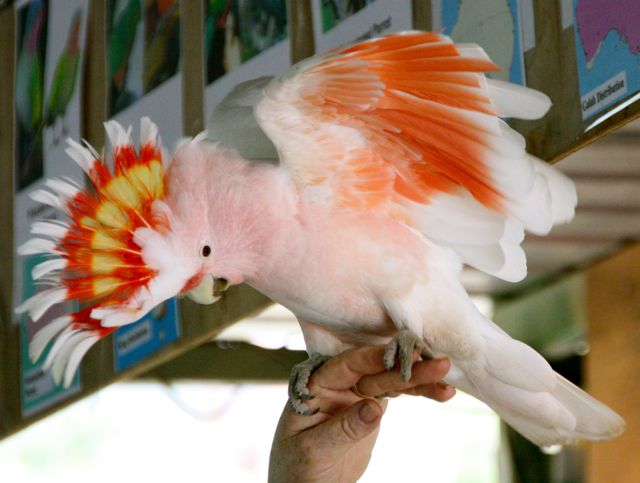 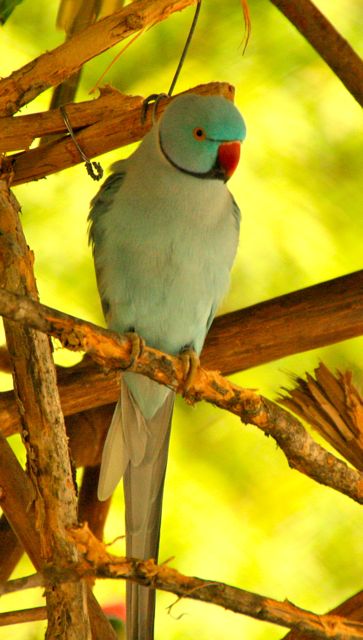 The Blue one above and the white and yellow ones below are the same species. (Ringnecks, I think) 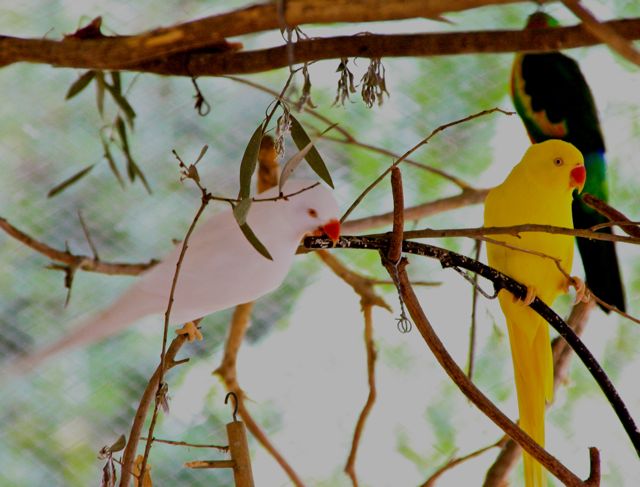 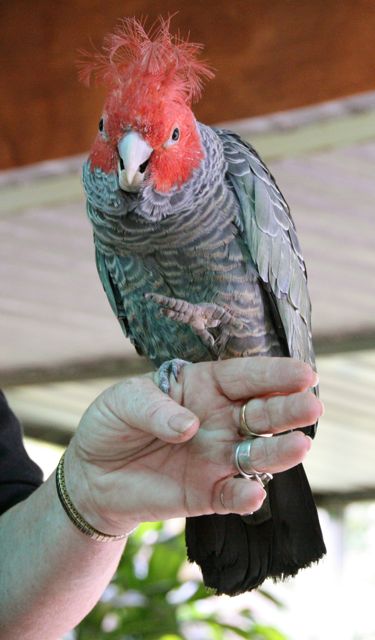 The one above was a character, it is waving to us. 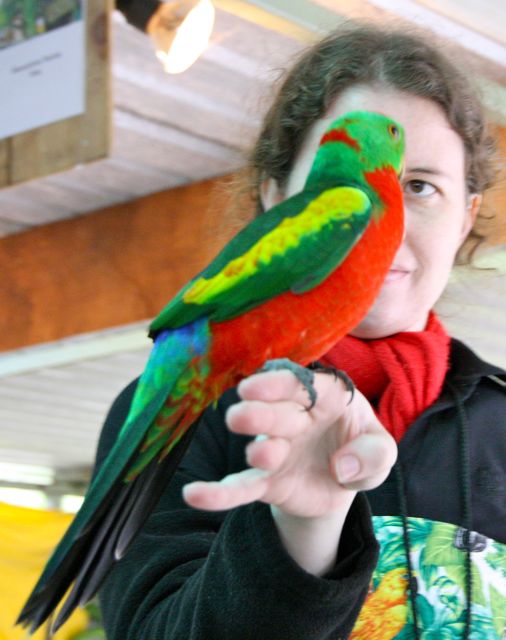 This is a cross breed, it wouldn't look this way. 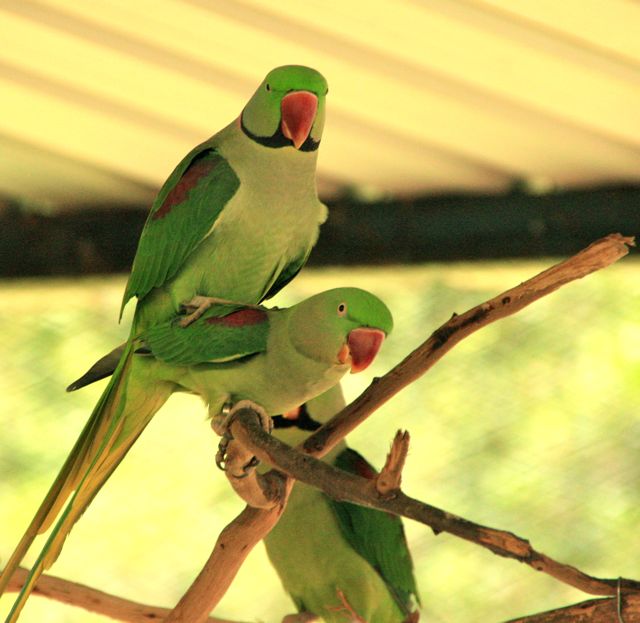 This X rated pair are Alexandrines. There were lots of them and they were the ones that put on a show for us doing all kinds of funny tricks. I think they come from Asia.
After the show we were really on our way home. We dropped off Mary first then Ann and George. George followed us in his car while we returned the hire car and then he dropped us home.
WOW! What a fun adventure.
Posted by diane b