We arrived in Melk in Austria early in the morning and went for a tour of the famous Benedictine Abbey. 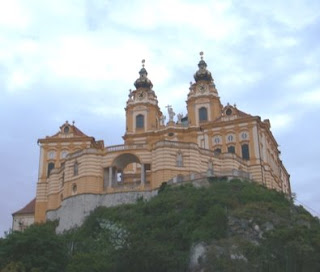 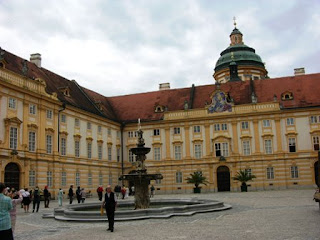 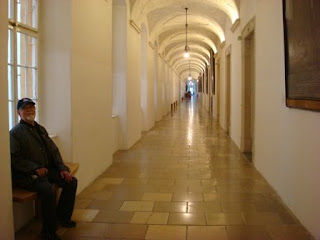 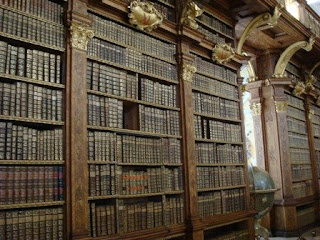 It also has the largest collection of ancient books in the world. 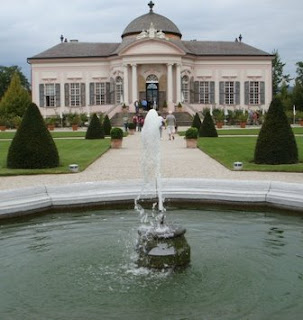 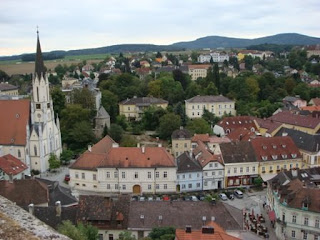 View of Melk from the abbey 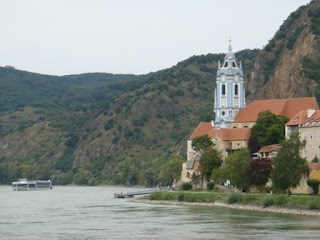 Then it was back on board for lunch. We set sail down the Wachau valley for Dürnstein. Some passengers opted to cycle the 30 k down the valley to the next stop. There were bikes on board if you felt like riding around the villages instead of walking. 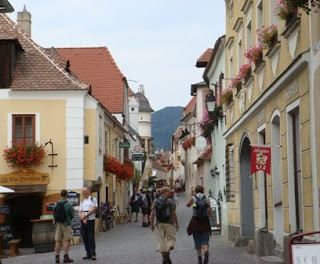 Dürnstein is an enchanting village in a wine district. We did another walking tour. 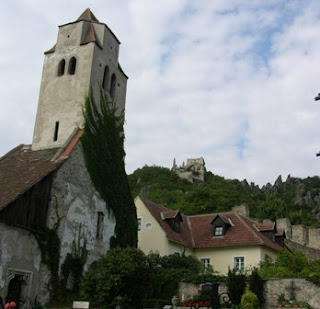 The ruins of Kuenringer Castle on top of the hill is where Richard the Lion Heart was imprisoned in 1192. (photo by Roland) 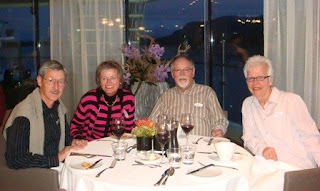 There are 2 dining rooms on board. The big one and a smaller more intimate one with a special menu. Passengers are allowed to book for dinner there only once during the trip so as everyone can have a turn. Well tonight was our turn. Bill and I ordered the special whole Halibut fish for two. Unfortunately everyone before us ordered it too and they ran out of fish so we had a prawn dish instead, but this wasn't to be the end of the story....that will come in a later post. 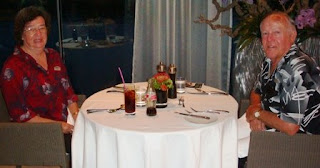 Paul and Helen had a table of their own as they couldn't manage a table for 6 unfortunately, because there wasn't enough room, but we all had an enjoyable night being waited on like royalty.

Friday 12 September.
While we were in the restaurant we glided into Vienna at night. All the city lights looked romantic. 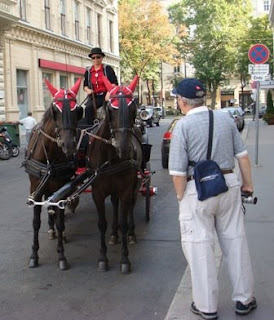 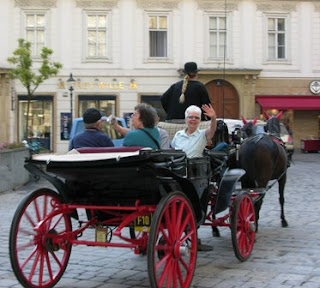 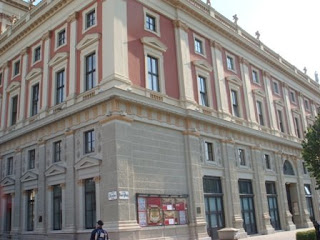 "Musikverein" where the famous New Year's Eve concerts are held. 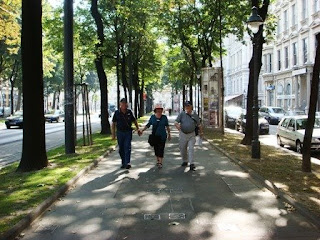 Then we walked through the romantic city, looking for one of it's famous coffee houses. 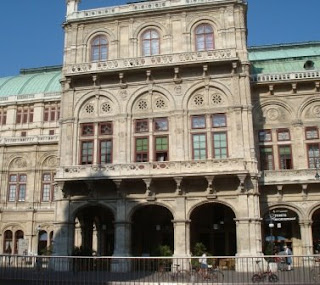 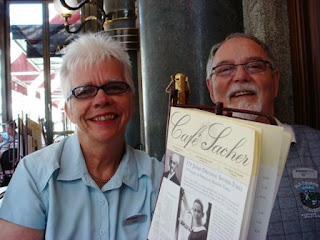 The Cafe Sacher, which happens to be the most famous one of all. So we had to experience this.... 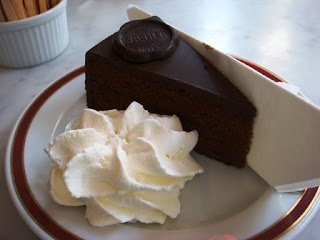 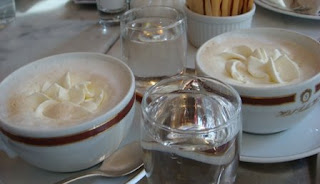 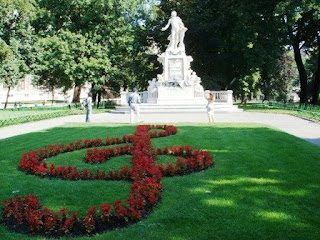 Then we walked it off looking at statues in parks. This is Mozart. Then we returned to the ship by bus and had lunch before another tour....this time to...

Schönbrunn Palace. It was so big and beautiful it is too hard to describe. 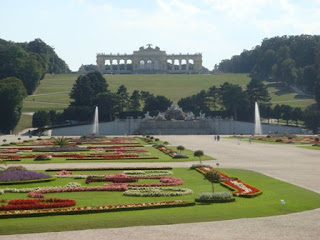 The back garden of Schönbrunn Castle. The sun is out and it was the hottest day so far.
We were bused back to the ship in time for dinner and to get dolled up for a private concert at the "Palais Lichtenstein". It was a great concert with beautiful Vienese music, ballet dancing and singing.
Posted by diane b