Friday 20 August
We sailed on through many lochs on the Main River to Miltenburg. 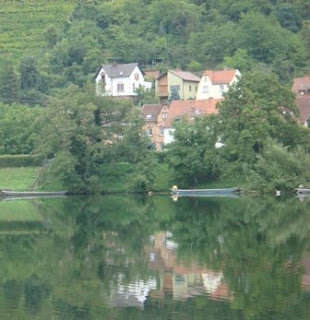 Miltenberg is a romantic town with many half timbered houses. churches and castles all dating back to the 13th to 16th centuries. (Much of it had to be restored after the war) 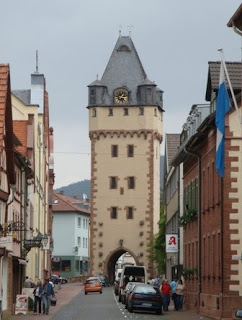 We went on a 2 hour guided walking tour. 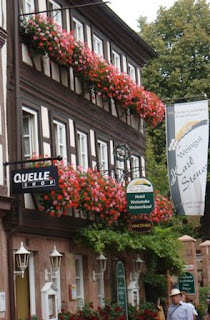 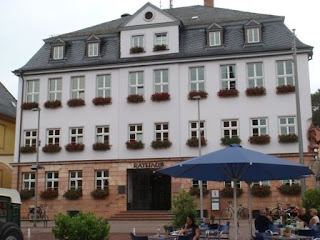 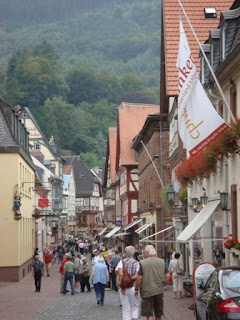 Gorgeous little streets with no cars but many tourists. 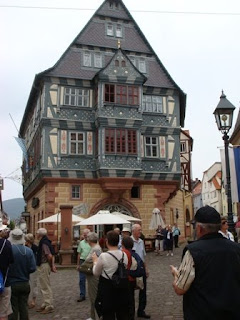 The people of Miltenberg are definite in telling you they are Franconian. The Bavarians took them over a long time ago, but they are passionate about their Franconian culture 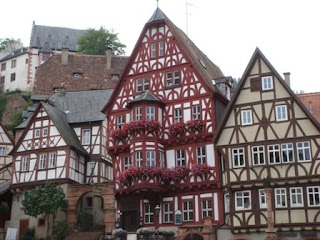 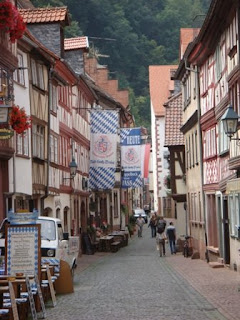 Bill and Roland were tired after the long walk so stopped by a pub for a Bavarian Beer. Then back to the ship, where we had a cooking demonstration for traditional "Vanilla Kipferl" (type of biscuit). After dinner we had a local glass blower give us a demonstration too. All the time we are sailing onto Würzburg.

Today we had a choice of doing a tour of Würzburg or a romantic bus trip to Rothenburg. being romantics we took the second option. 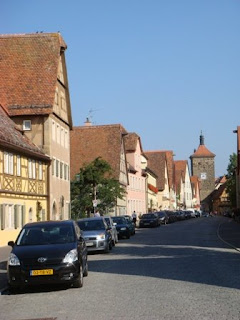 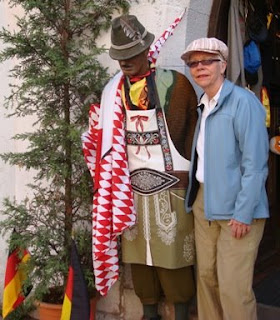 The sun is out, sun hat on but haven't taken off my jacket yet. 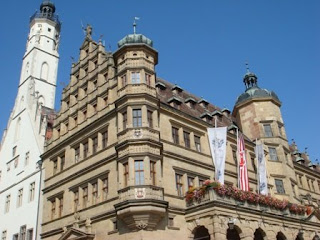 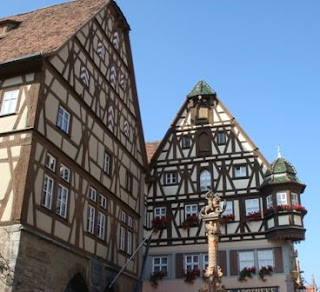 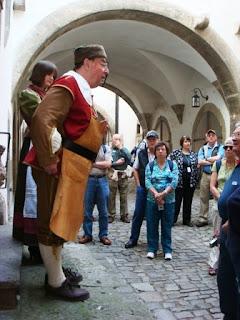 The Cellar Master from the local winery gave us a talk about the history of wine making in Rothenburg. 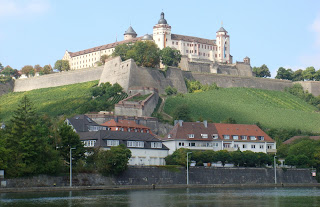 Then back to Würzburg to board the ship for Bamberg. 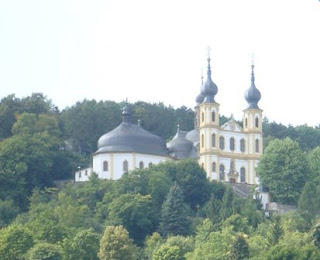 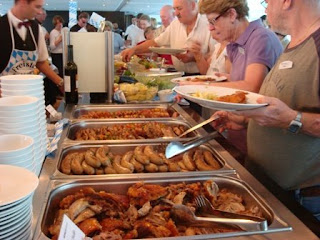 Today we had a huge Bavarian Buffet lunch instead of a la carte. 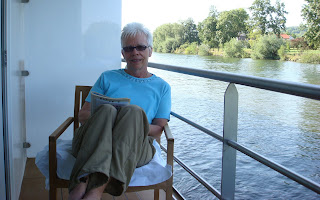 Then time to relax on the balcony and watch Bavaria go by. I didn't go to the ice cream party on the sundeck. (Too full) 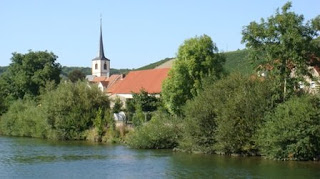 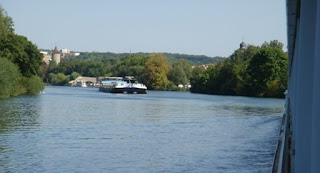 Sunday 31 August
Bamberg is a unique town. The whole town is world heritage listed. It wasn't bombed during the war. So it is an unspoiled gem of medieval and Baroque Architecture dating back to the 13th century. 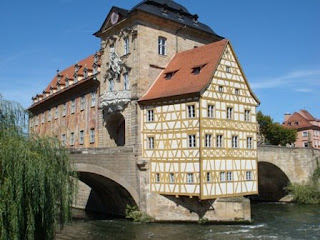 The old city hall built on a bridge. 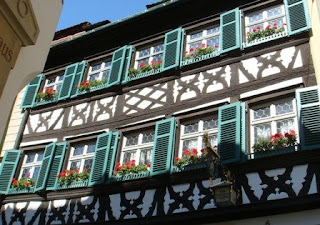 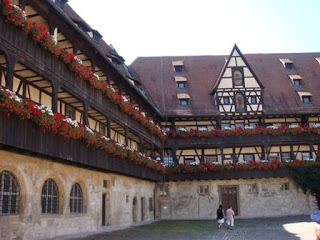 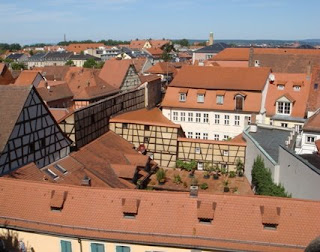 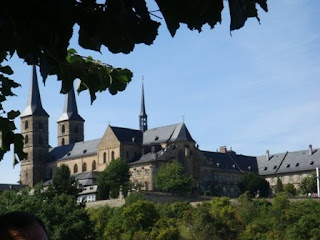 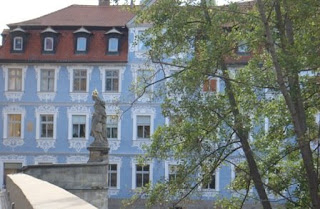 Just breathtaking, the buildings in this town. 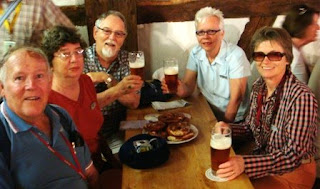 Bamberg is also famous for its beer making and we were taken for a beer tasting. All these tours and feasts were inclusive in the Scenic Tour package. Once on the ship we didn't need to spend any money unless you wanted drinks from the bar. Tea, coffee and hot chocolate were free and available all day. 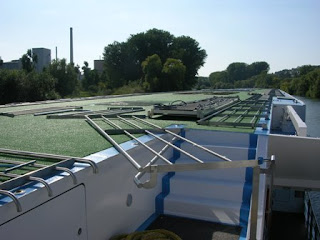 This morning I went up to the sundeck for a walk but it was closed, and all the railings down, due to low bridges. So I went to the front deck which is lower and still open but much smaller. (photo by Roland) 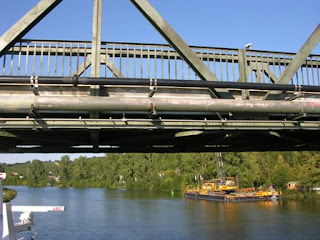 Lookout! Everyone sit down!(photo by Roland) 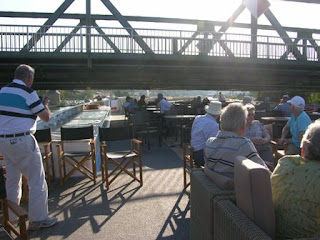 They are so low you can touch them. The Captain's bridge is on hydraulics and it goes down like an elevator. (photo by Roland)