Adventure in Europe PART 6 (The Scenic Sapphire and Cologne) 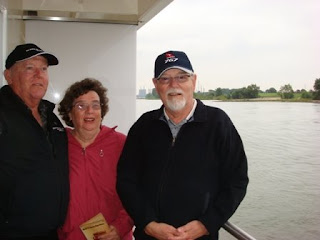 We are now sailing down the Rhine in the Scenic Sapphire ship. It is owned by the Australian company called Scenic Tours. There are 3 decks of cabins, we are on the second deck. Helen and Paul are opposite us, they came to visit our balcony. 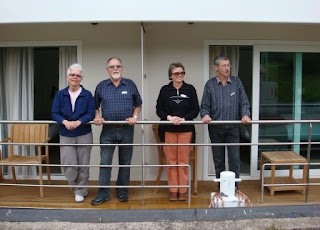 Roland and Verena (Bill's friends from Switzerland) are next to us. 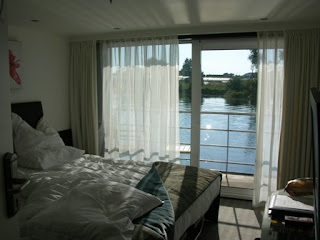 Our cabins are all the same or in reverse. This is Roland's cabin and he took the pic. (I forgot to take one) There is a flat screen TV on the wall on the right and the bathroom is to the left. 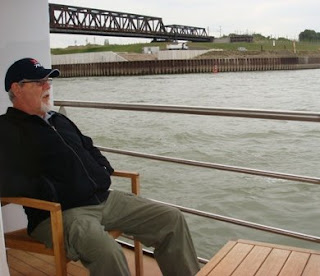 We sailed all night and we soon got used to the hum of the engines ,we were near the back of the ship (cheaper cabins) . Then we sailed on through the day...Bill loving his balcony. 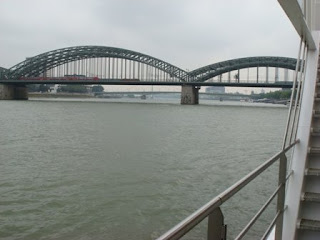 We arrived in Cologne at 3:00pm and went for a walk over the nearby bridge

Verena stopped to check out an unusual sculpture on the bridge. I thought Cindy (Artoholic) might appreciate this . 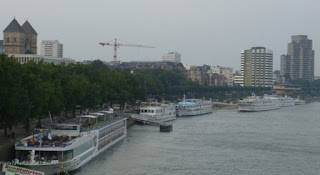 We could see our ship together with many others . Ours is the first one and the best one. Can you see the sun deck at the back. It had a walking track around it. 8 times around equals a kilometre. I did a few.

Al fresco eating in Cologne, its summer but where is the sun? 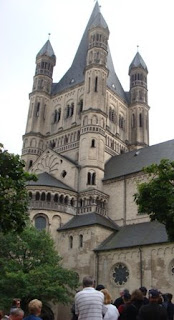 We went on a 2 hour guided tour, we got history overload and visited many churches that had been restored after the bombing in WW2. Roman ruins have also been found while they have been restoring. 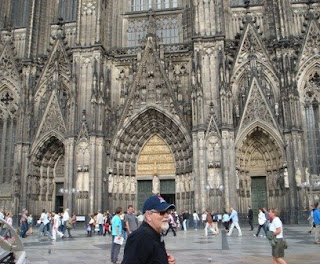 This is the famous Cologne Cathedral. It is so big you can't get it all in one photograph. I know that dude in the front. 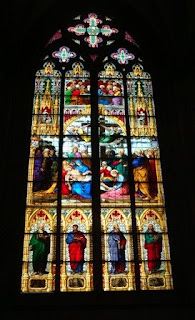 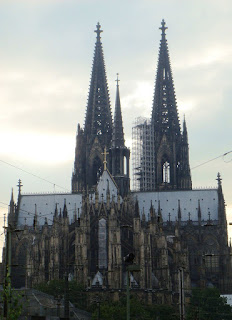 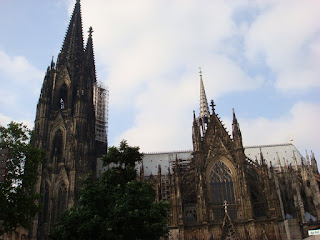 I like this statue on the skyline but I can't remember which soldier it is.
Posted by diane b