Monday 1 September
We sailed all night and woke up to find ourselves in Nuremberg. We had to be ready early for a morning tour. Luckily it was by bus because as you can see it was raining. 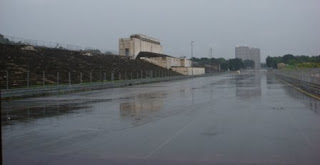 This is the parade ground where Hitler had his annual gatherings. 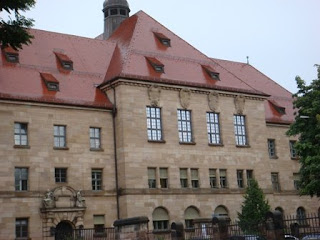 This is the building where the Nuremberg war trials were held. 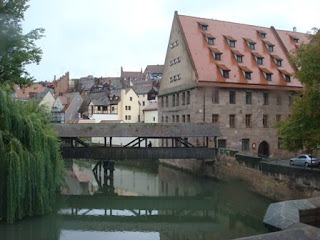 Most of the city was destroyed during the war but the city has retained its historic charm. 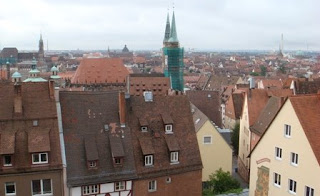 The city scape from the castle on top of the hill. Most cathederals in the towns we visited were wrapped in scaffolding and being repaired. They are all so old and air pollution reeks havoc. 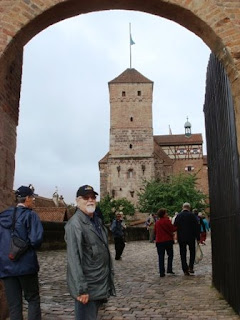 The Kaiserburg Castle dating back to the 11th century. 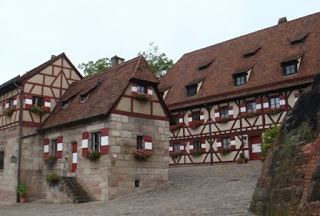 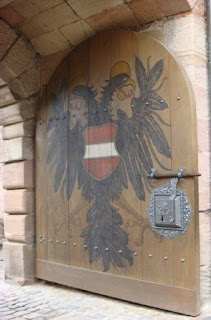 I wonder who carries the key to the door. 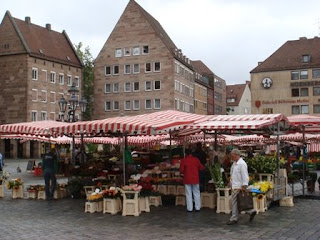 Nuremburg is about half way through the cruise and it is where we meet our sister ship (Scenic Emerald) coming from Budapest to Amsterdam. The crew were quite excited to see their friends.

There was another excursion in the afternoon to the Documentation centre, but as we are not over enthusiastic about remembering the war we didn't go. We were also getting a bit worn out with information overload. So we took a break. From our cabin we heard a helecopter land next to the ship and checked out the reason. One of our chefs had an accident, one story was he cut off his finger but another was that he broke his ankle anyway an ambulance also turned up and he was taken off to hospital.

We sailed through the night and the morning until we reached Regensburg. This settlement dates back to 500BC. 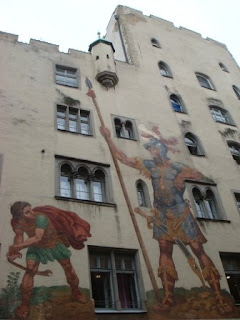 David and Goliath mural representing the towns fight with the Romans. 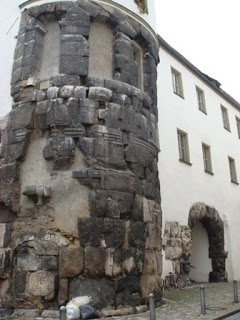 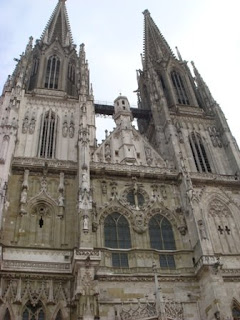 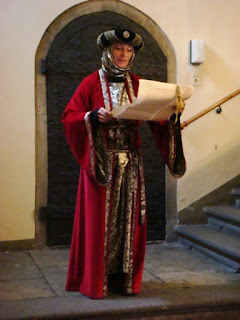 We saw a reenactment of a rich merchant's wife reading a letter from her husband who was travelling to the Orient looking for trade. The stories of what they saw were mystical. 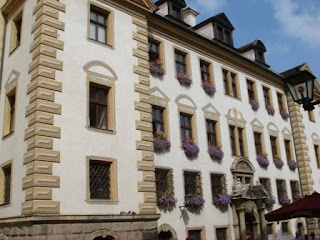 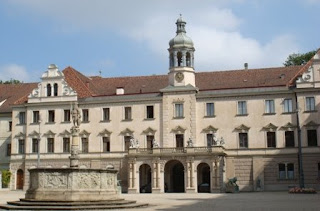 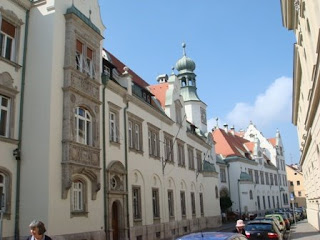 We woke up to a blue sky and we were coming into Passau a border town btween Germany and Austria. Here we had the choice of a bus tour to Salzburg or Cesky Krumlov or stay in Passau for a walking tour. We have been to Salzburg and Bill wasn't feeling the best so we opted to stay in Passau as the bus trips were about 2 and half hours. Helen and Paul went to Salzburg. Roland and Verena stayed in Passau. 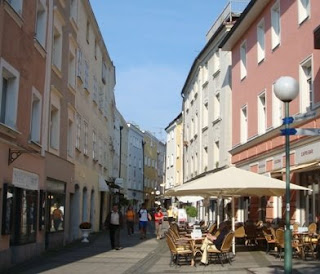 As we left Passau you could see where the two rivers merged. The Inn River is a greeny colour and the Danube River is blue. We sailed to Linz where we would pick up those who went on bus tours. There were only 25 of us left on the boat. 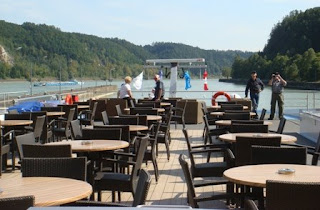 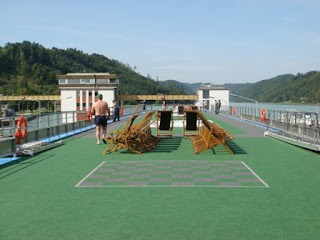 The sun deck and YES the sun is shining. 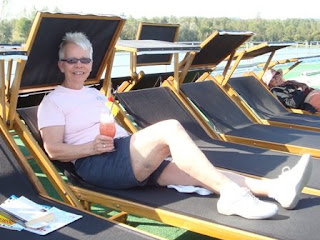 This is the life!!

(the last 4 photos by Roland)