Thursday 28 August
This magnificent stretch of the river features 21 medieval storybook castles over a distance of 65 km. We missed some of them during the night but we rose early in the morning and went up to the Sun(less) Deck to glimpse the famous castles. 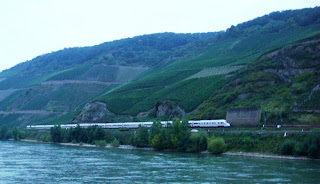 We rubbed the sleep out of our eyes and tried to focus on the speeding trains. 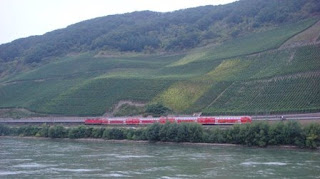 Bill loves trains and you can see more of the trains we travelled on in his video on the side panel.

We saw some very old castles. 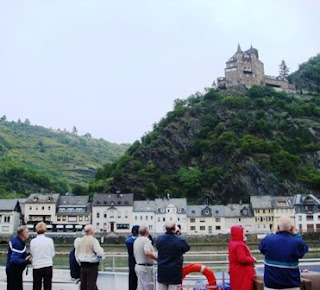 It was a bit cool for us Aussies even if it was summer. 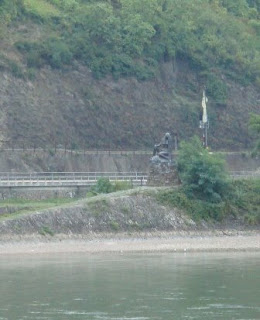 We passed the statue of Lorelei, the maiden from the legend about this..... 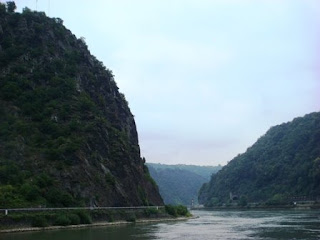 ...famous 132 m high Lorelei Rock, where the river narrows to 113 m. It is here where the once perilous passage gave rise to the legend of the maiden, Lorelei, whose singing lured the sailors onto the rock and a watery death. 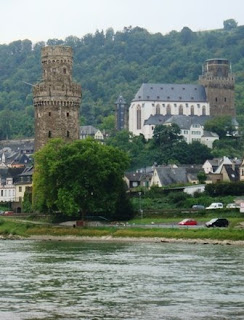 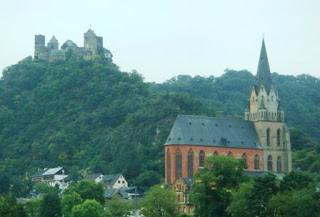 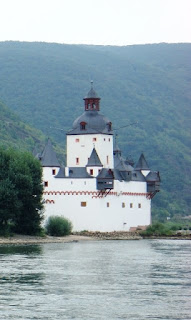 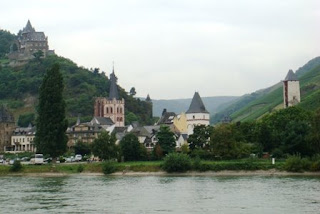 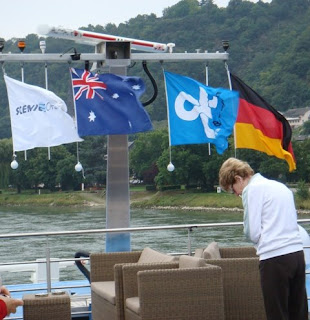 Proud to be Aussies in Bavaria, Germany. 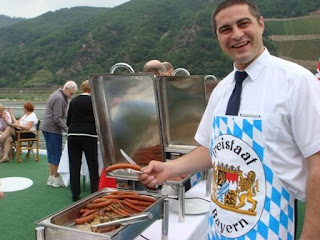 This morning we were treated to a traditional Bavarian BBQ. We had already had a huge buffet breakfast and lunch is in a few hours. All I can say is, it was one huge morning tea.

A variety of German sausages with sauerkraut and salad. 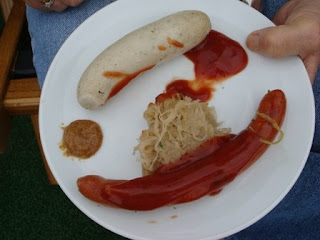 This was Paul's snack. 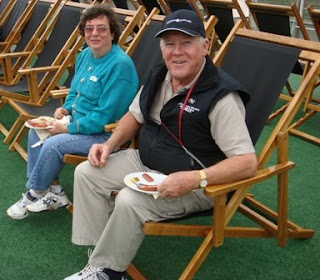 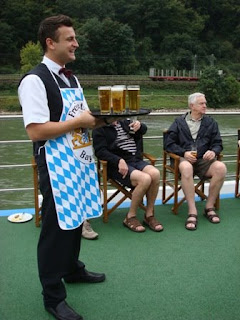 Some opted for a Bavarian beer (he was cute) 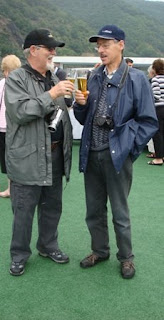 Bill and Roland renew their friendship. They went to primary school together in Switzerland 50 years ago. 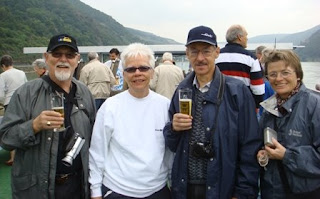 Summer in Germany!! But we are happy. As much as you can eat and drink for no extra cost. Notice Verena and I had nothing. (Too full from breakfast) 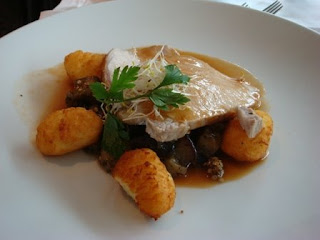 Not long after it is lunchtime...its never ending food on this boat. This is the 3rd course and 2 more to go. 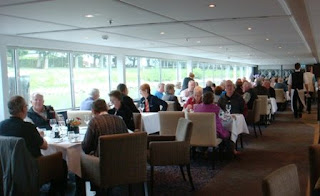 It was a nice dining room with a different million dollar view every meal. We are at the first table on the left. 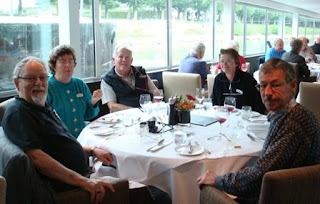 Our tummies are bursting. 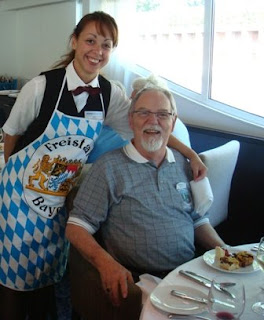 Bill fell in love with Irene our Bulgarian waitress. She was ultra efficient and always happy. Don't look on his plate (3) cakes for dessert.
Posted by diane b