Adventure in Europe PART 8 (Rüdesheim and a lock) 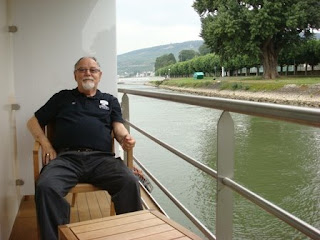 After lunch we rolled down to our cabin and watched the scenery go by until we reached the little wine town of Rüdesheim.There were many tourists there to check out the many museums, castles, monuments and restaurants. 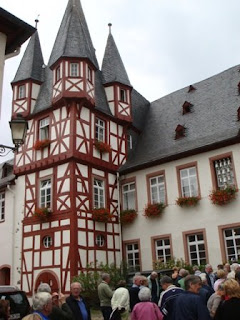 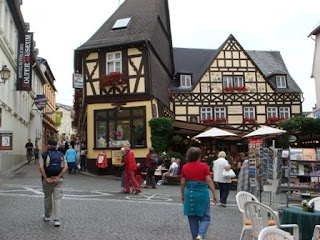 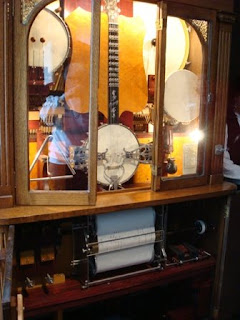 We had a guided tour of the most wonderful museum. It was a mechanical music museum. 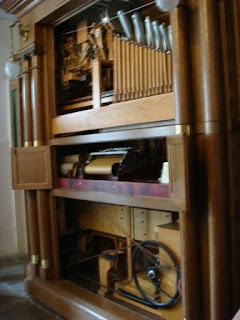 There were hundreds of different kinds of very old music machines, which still worked. 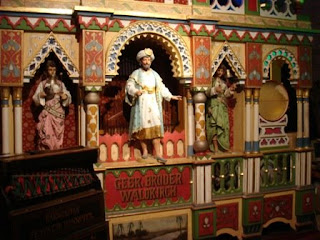 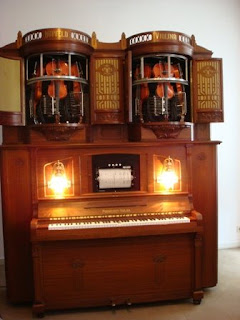 See the violins at the top. 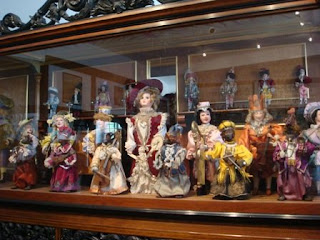 It was a hilarious tour. 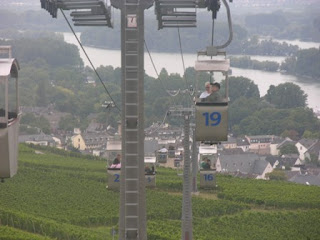 Then we went in the cable car to the top of the hill 'Neiderwald'. Roland took this photo of us. 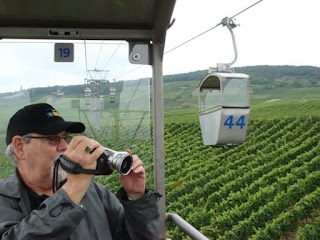 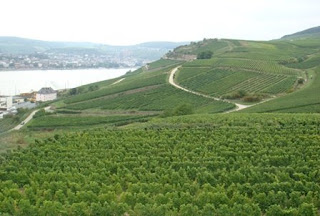 We glided over the vineyards. 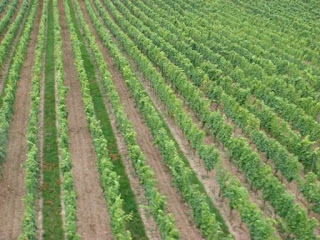 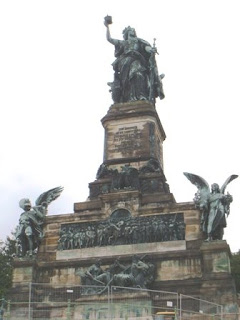 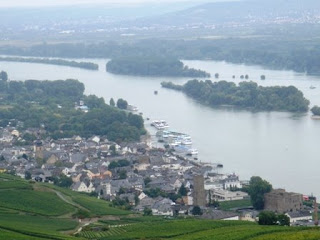 The monument overlooked the town of Rüdesheim. Our ship is the one furthest away. 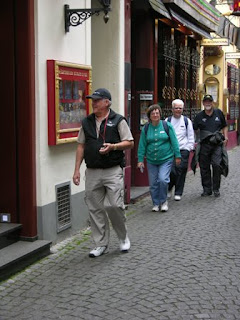 .....and went exploring the little streets. (photo by Roland)

This is the best known street called Drosselgasse, a narrow alley packed with wine bars and restaurants.

This is the Drossel bird that the street is named after. (photo by Roland) 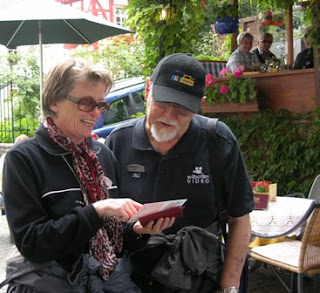 Verena found a post card that had the words to the Lorelei Song (mentioned in last post), so Bill and Verena break out in full voice singing in the street. Check out the people in the restaurant taking notice. (Photo by Roland) 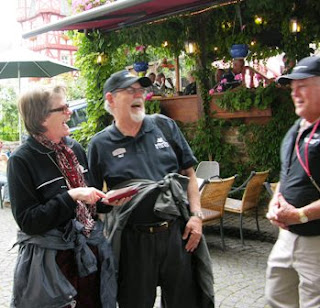 Were we embarrassed? No way we are seniors having fun!!
(photo by Roland) 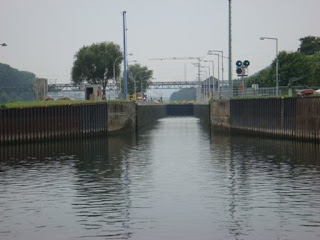 Back on the ship we were heading for a loch. 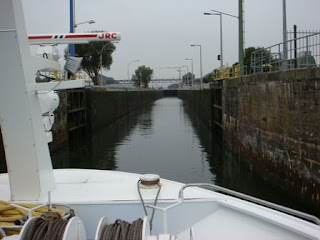 Coming in, its a tight squeeze. 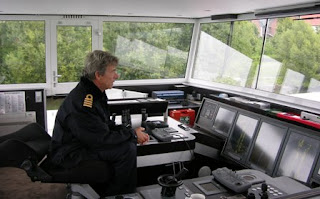 The captain does a good job on his high tech bridge. Roland enjoyed chatting to the captain in German since all the passengers were Australian and the captain enjoyed it too. So Roland was often found sitting on the bridge with the captain. Roland took this photo. 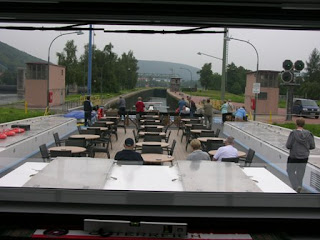 The view of the loch from the bridge taken by Roland. 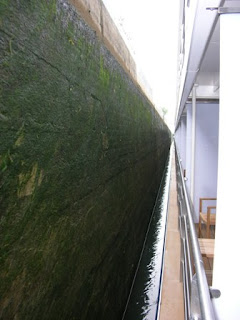 The view inside the loch from a cabin taken by Roland. 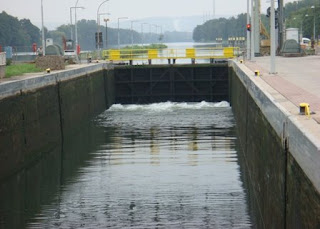 The loch is filling up and the ship is steadily rising. 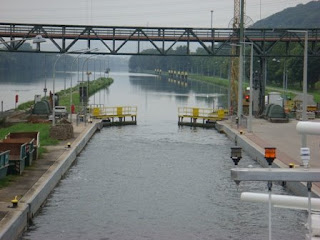 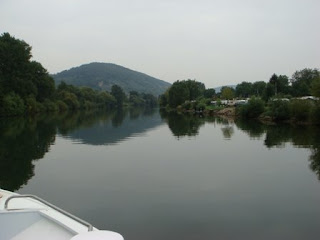 .......sail on our way to Miltenberg.
The ship sails from Amsterdam on the Rhine River to Mainz, then into the Main River to Bamberg, then in the Main-Danube Canal to Kelheim where it joins the Danube River to Budapest. The ship climbs up to 1332 ft or 450 m. To do this it passes through 68 lochs.
Posted by diane b