We flew from Manchester to Amsterdam and we were picked up at the airport by a Scenic Tours rep, who took us to a coach together with many others arriving from all over the world. The coach took us to the wharf....and there it was a lovely sleek looking ship. Boy were we excited? 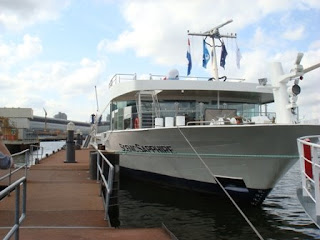 Bill had organised with an old school friend, Roland and his wife Verena, from Switzerland to join us on the cruise. We soon found them booking in at the same time as us. They were happy to see each other again. 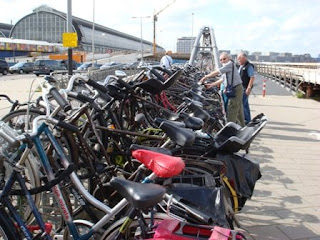 We had a few hours to kill before the ship sailed so we walked around Amsterdam and nearly got run over by hundreds of bikes, because being Aussies we looked right first instead of left before crossing the road. Besides that we were not aware of the bike ways. 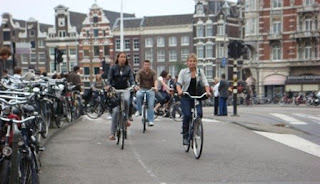 When we were back on board there was a meeting where we were told there was a slight change to the itinerary because the ship had a broken propeller and it had to go into dry dock the next day to be fixed. So instead of staying in Amsterdam for the night and doing a half day tour of the canals, we were going to sail during the night to Hardingzvelt, where the ship would be fixed.
Tuesday 26 August
While this was happening we were bused back to Amsterdam to do the canal tour..... 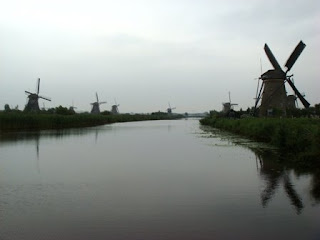 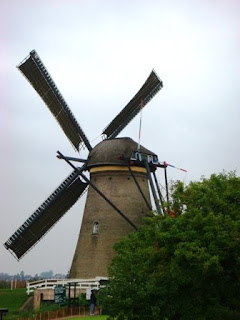 ...but it was very interesting. 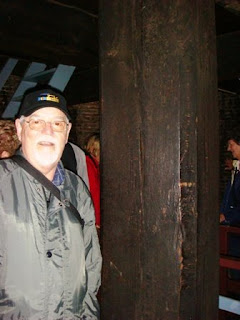 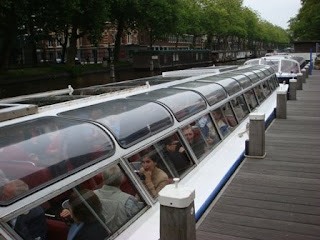 Then we continued in the bus to the canals, where we got into the sight seeing barge. 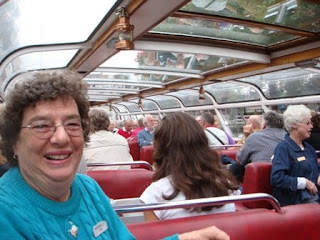 You can see we were pretty happy despite the weather and change of itinerary. 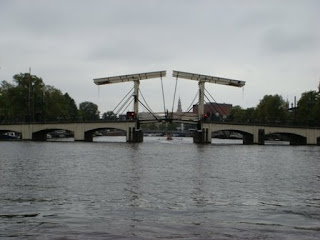 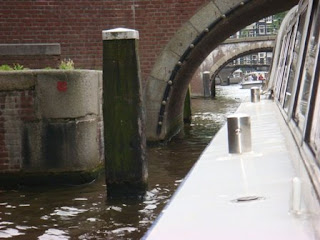 We passed under many bridges and had a great view (and comentary) of Amsterdam. 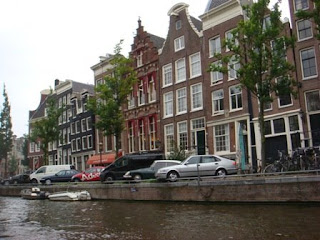 These buildings were built leaning forward, to stop rain leaking into them. 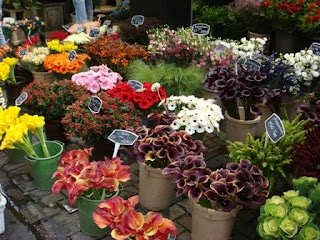 We had to kill time waiting for the buses to take us back to the ship, so we strolled through the flower market. There were hundreds of stalls selling all types of flowers and plants. It was very colourful. 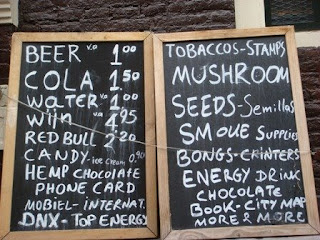 Near the bus stop I noticed this sign outside a shop. Magic mushrooms, funny chocolate and a variety of stuff to get high on, all legal. We had a long trip back to the ship in the bus at peak hour. Luckily the ship was fixed and we would be cruising through the night towards Cologne.
Posted by diane b

Email ThisBlogThis!Share to TwitterShare to FacebookShare to Pinterest
Labels: Amsterdam