Thursday 11 September
Today we are taking a ferry from Spiez to Thun (Toon), Bills hometown. The weather is still overcast but the mountains are peeping through the mist. 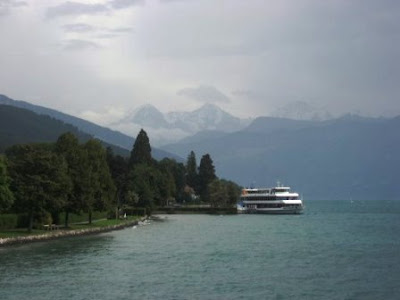 On the Lake of Thun. 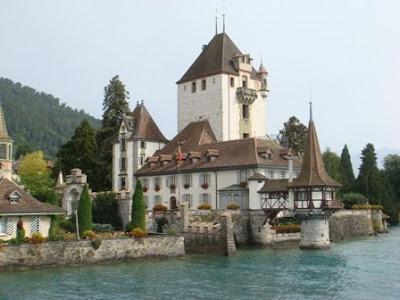 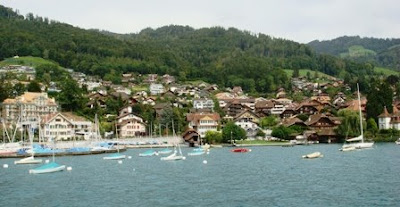 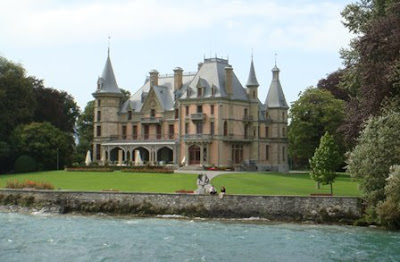 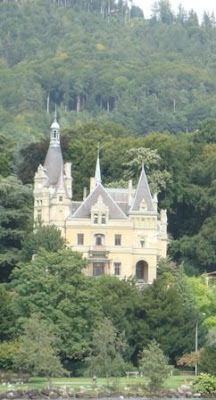 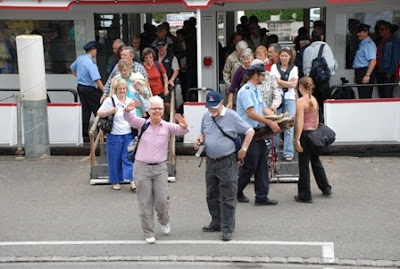 We arrive in Thun and Roland (Bill's school friend) is there to meet us. (photo by Roland) 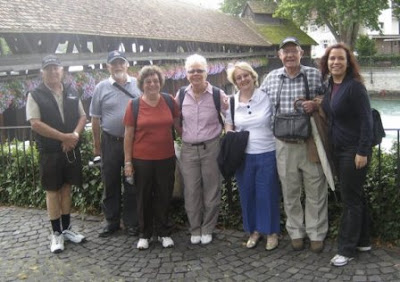 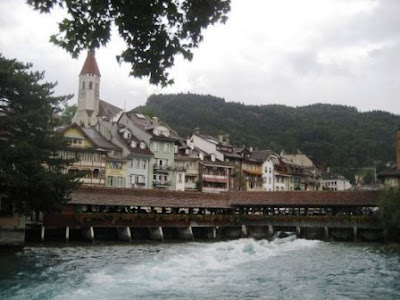 Roland had organised us a tour of the town church including the bell tower. (photo by Carol) 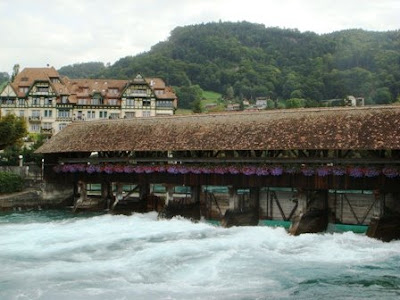 We walked over the old covered bridge. 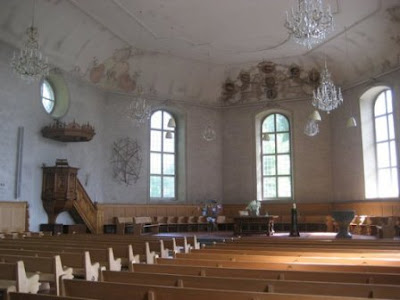 Inside the church Bill and Roland relive their childhood. When they were boys they were the bell ringers, so they were going to show us what they did. 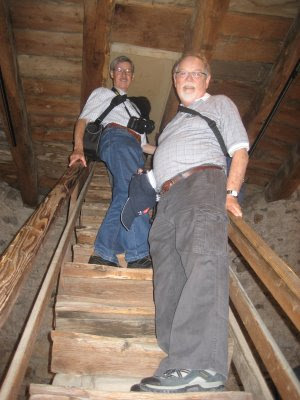 We climbed up many stairs.(photo by Carol) 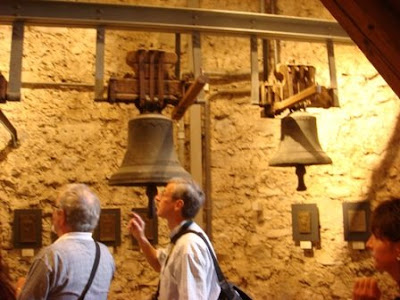 We came to a museum of past bells from the church. 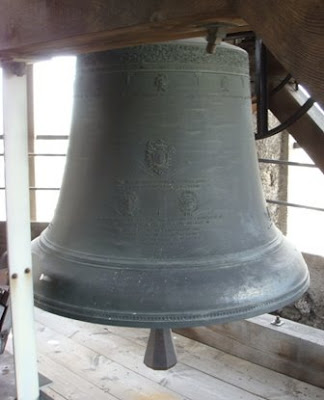 Then to the bells of today, but the boys couldn't ring them because now they are rung electronically.(photo by Carol) 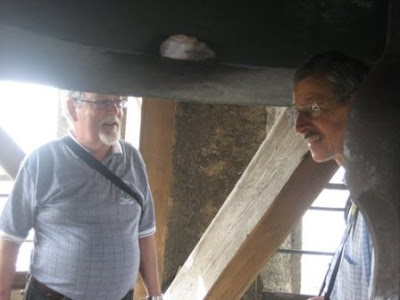 The bell ringers relive the past.(photo by Carol) 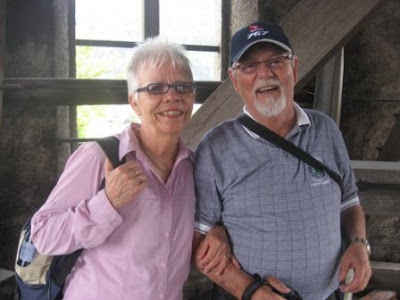 In the bell tower.(photo by Carol) 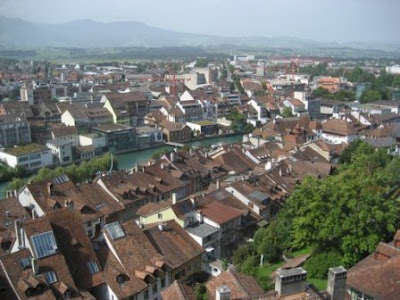 The view of Thun from the bell tower. (photo by Carol) 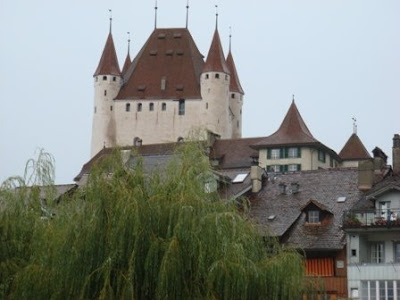 Then we climbed all the way down hundreds of steps into the town to the street where Bill used to live. You get a good view of the Thun Castle from here. 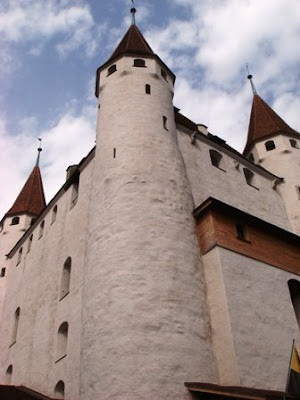 We visited the Castle on the way down from the church. 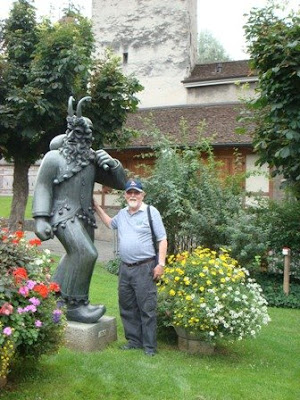 This is a statue of "Fuhlehung"a character from a Thun legend. He is carrying a baton and inflated pigs bladders to beat the children with. Every September the people have a festival to celebrate the legend. 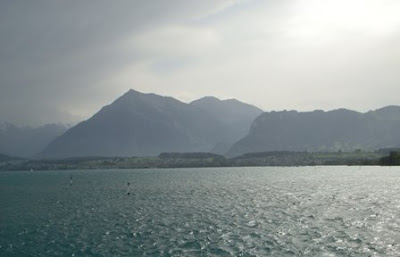 Then we caught the ferry back to our hotel. The weather isn't getting any better. 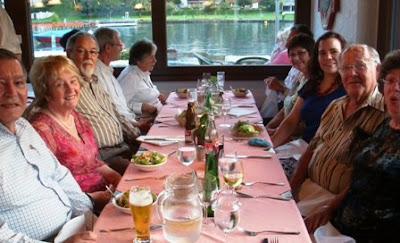 That evening Bill's cousin and daughter, with their husbands, came to the hotel to have dinner with us. 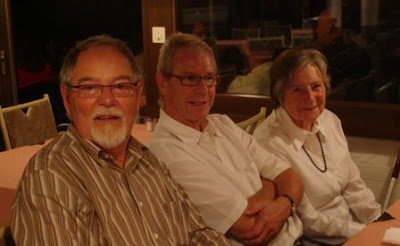 Bill with cousin Hedi and her son in law, Peter. 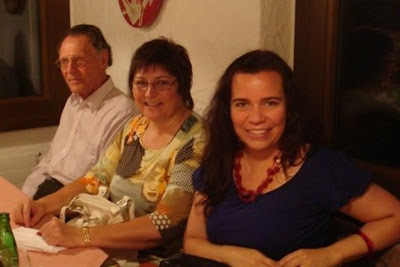 Carol meets her 2nd cousin, Brigitte, for the first time and Hedi's husband Martin too. 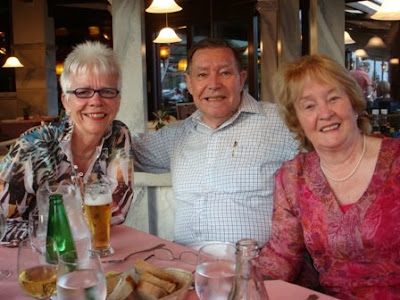 My brother, David and wife,Ann. I hadn't seen them for a long time. They live in London. 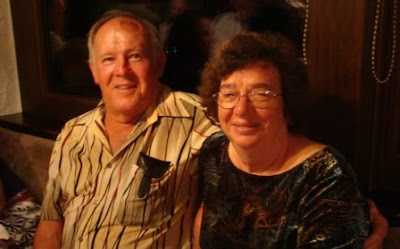 Poor Helen and Paul had to put up with our family gathering.
Posted by diane b