Today we are going to explore the capital city of Switzerland, Bern. We caught the train from Spiez to Bern and we were met by Bill's distant cousins, who we hadn't met before. They had found Bill on the internet, so we arranged to meet them. They were lovely people and took us on a tour of the city.


David and Ann decided on a more leisurely stroll through the city so off we marched. 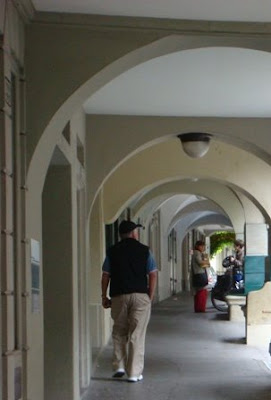 Bern is famous for its covered walkways. 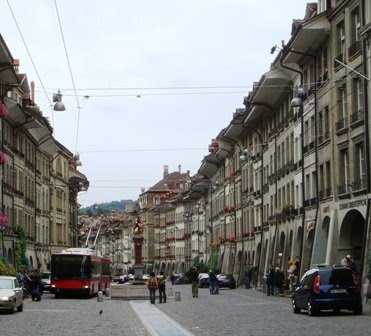 Can you see the walkways, sort of footpaths under the buildings. Its great for going shopping when its raining. Shopping in Bern is a paradise. 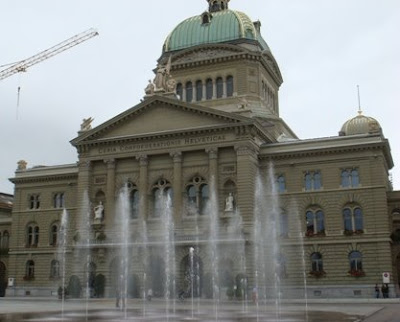 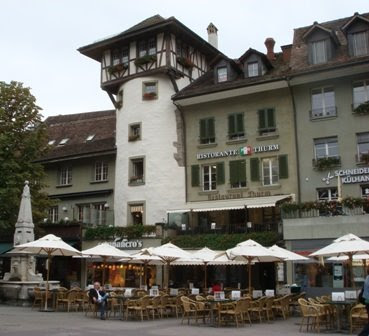 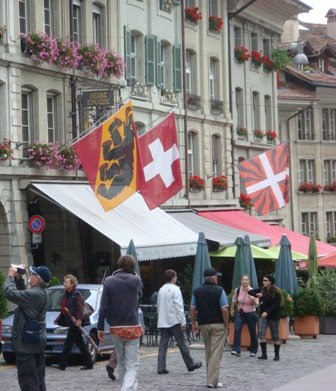 The streets are decorated with flags. The Bern flag has a bear on it.

This is a famous clock, where the little guy at the top bangs the bell with a hammer on the hour and lower down a gizmo revolves. The pictures are dark due to the dull weather.

In the middle of the streets there are many, many fountains depicting legendary characters.

This is a gruesome one. It is the baby eater. 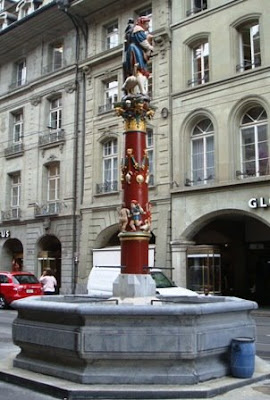 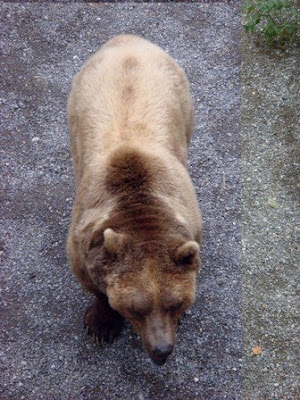 The emblem of Bern. Poor things have been housed in a pit for many years but at last the city is modernising their enclosure. 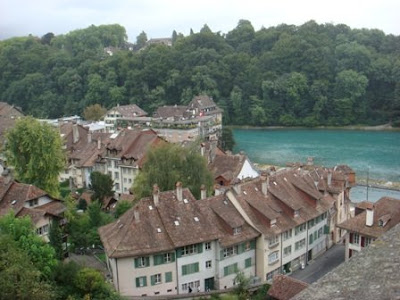 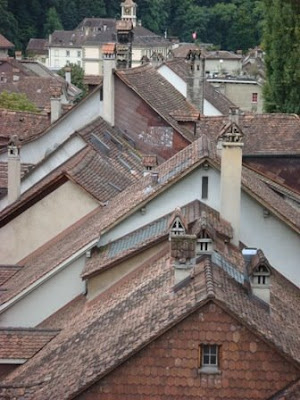 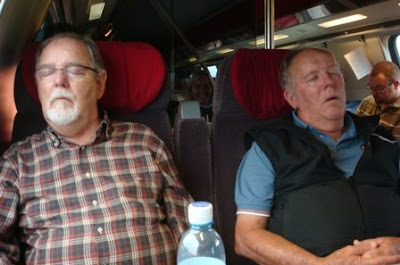 It was a hard day! Going home on the train.
Posted by diane b