Wilpena Pound is an unusual oval shaped mountain range forming a natural amphitheatre in the Flinders Ranges in South Australia. It is not an old volcano but natural mountain ranges. Two running north and south and two running east to west. They were formed by folding, like when you put your hands on a tablecloth and push them together. The name Wilpena is said to be an aboriginal word for "place of bent fingers". No one is sure if it means it is shaped like the palm of your hand with bent up fingers or if it means what you do with your fingers when it is freezing cold, as it gets here in winter.
However we enjoyed a walk into the pound through the only gorge that drains the pound. 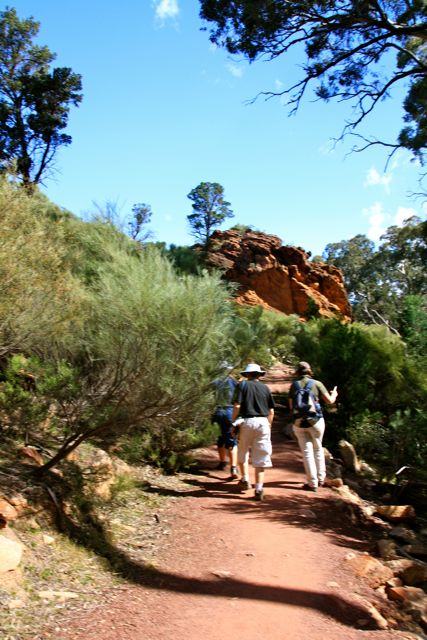 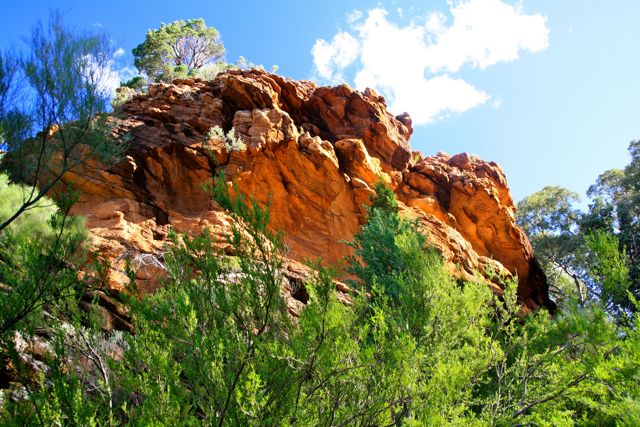 The rock formations were so colourful.
In the early 20th century farming was attempted in the pound. Animals didn't need to be fenced other than across the entrance gorge. However, the venture failed after the homestead was washed down the gorge in a flood. This is a replica of the original homestead. 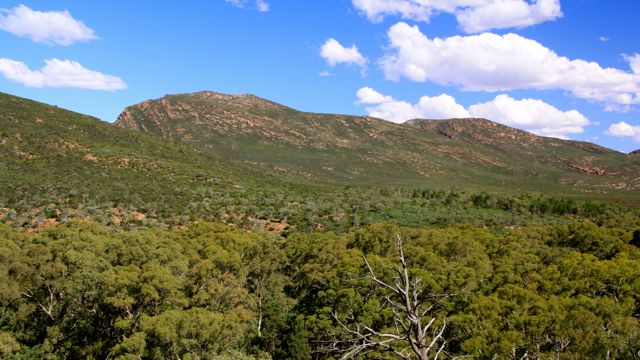 Inside the pound we climbed up, up to a lookout over the floor of the pound. It was huge and breath taking, My wide angle lens couldn't get it all in at once. I had to rotate taking 6 panoramic shots to get it all. Here are 3 of them. 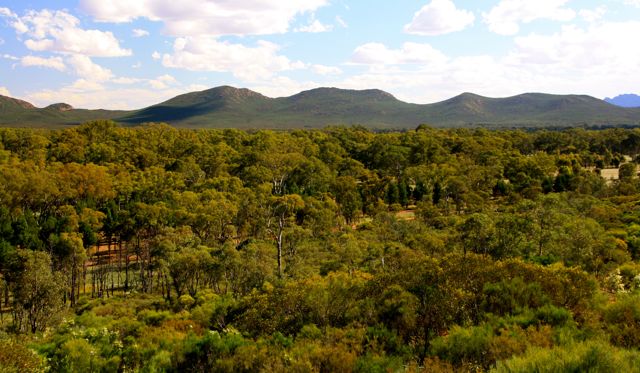 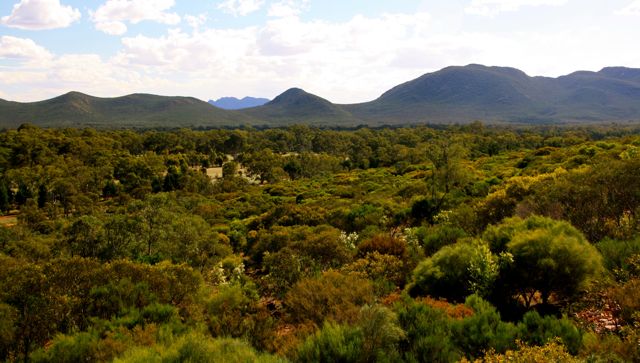 It didn't matter which way you looked you were surrounded. 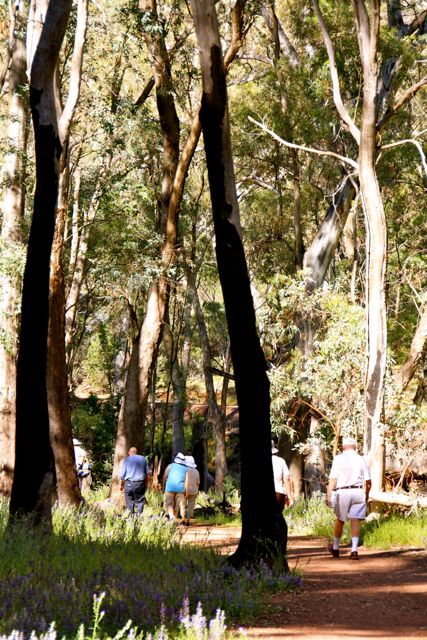 Then it was back down and through the gorge to the resort. It had been a fabulous day. 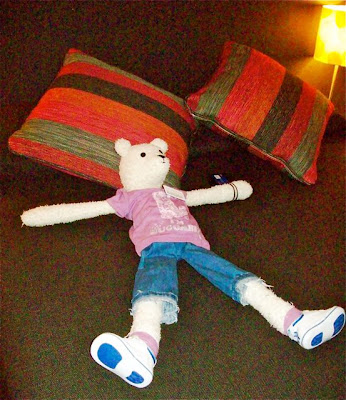 Birthday Bear was exhausted too and enjoyed the comfortable room.
Posted by diane b