After our walk into Wilpena Pound, we returned to the resort and booked a scenic flight over the pound for the next morning before we were to leave for Adelaide.
However, when we awoke the next day, there were clouds hanging in the trees and hiding the mountains. It wasn't long before the pilots arrived to tell us that the flights had been cancelled as we wouldn't see anything but cloud. We were refunded the money. Instead we went for a walk to the Visitor Centre and saw colourful birds and flowers on the way.(a future post) It was a lovely place to stay and I would have liked a few more days there. 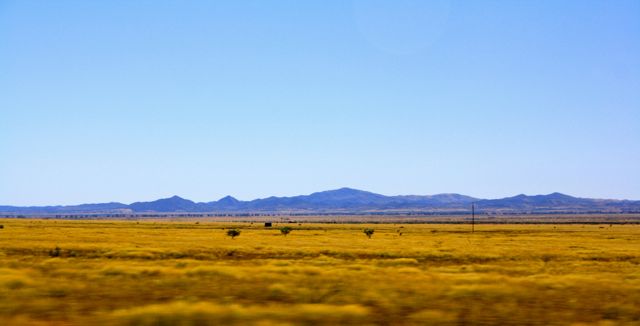 Soon we were back on the coach heading south. The Flinders Ranges disappeared behind us and the landscape filled with endless grain fields. Due to the higher than usual rainfall this year the crops were better than ever. (notice the clouds had disappeared a bit further south) 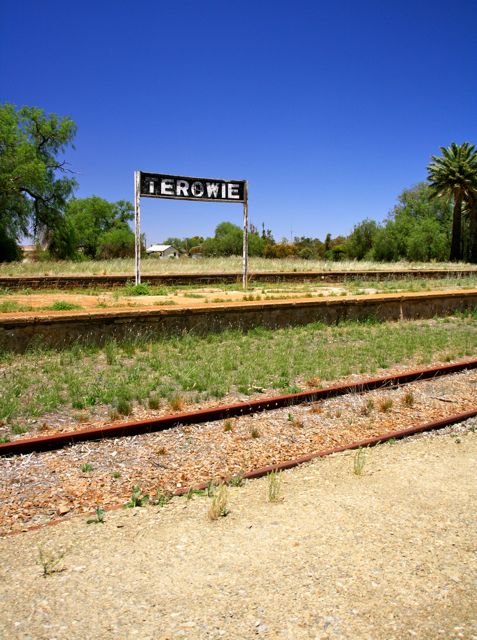 We pulled into another historic ghost town, Terowie. It was established in the late 19th century as a railway junction for NSW and SA lines. There were large rail workshops and a population of 2000. The tracks of the two different states were different gauges and people had to change trains at Terowie. 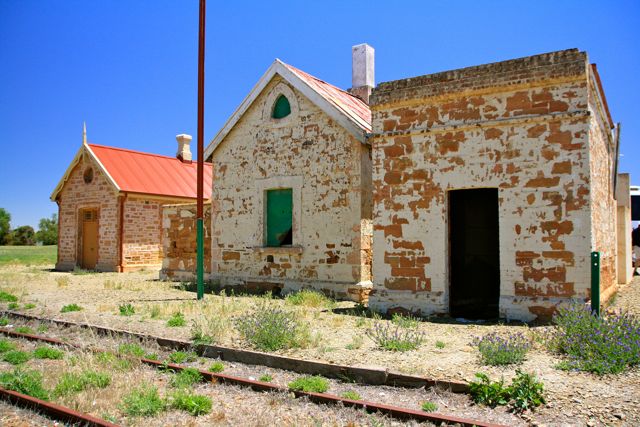 In 1969 the gauge became standard and the trains no longer needed to stop here. The farmers in the area were hit by continual drought and a rabbit plague and so the town started to die. 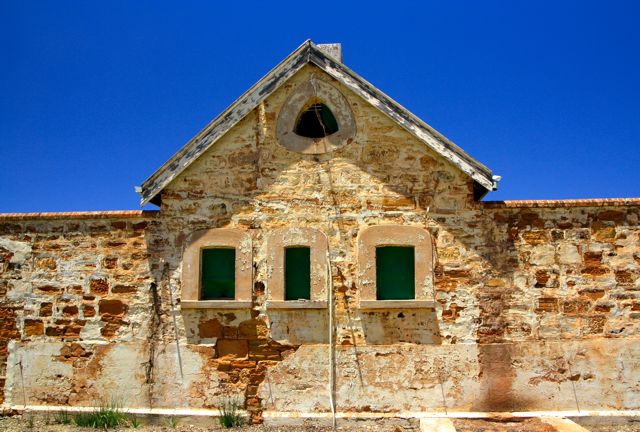 In 1980 the railway was moved away altogether and took away what the town lived for. However, it has one of the best collections of untouched 19th century buildings. Its big claim to fame is that during the war there was an army camp there.  When General Douglas MacArthur was changing trains from Darwin on his way south, he gave his first Australian press conference on the station uttering the famous words,"I came out of Bataan and I shall return."

Then we drove on further south and stopped at a historic mining town, Burra, which is still thriving today on tourism. It so happens that I have an old friend living in this far away place. We used to room together when we were at teachers' college. Her home is the oldest hotel building in Australia that has not had the original floor plan altered. It was fun to catch up with her even if it was for only half an hour. 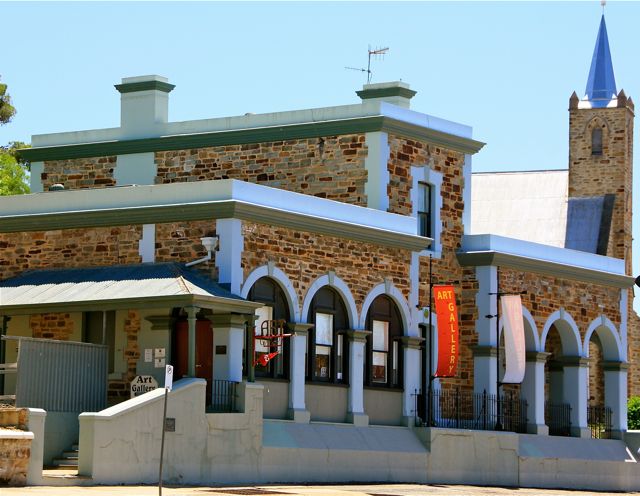 Burra is a fascinating historical copper mining town with many wonderful buildings to see. Unfortunately, we were not there long enough.

We were soon whizzing along past many more farms on our way to Adelaide, the capital of South Australia.
Posted by diane b