On 19th November we flew to Adelaide from Sydney and met our friends from Brisbane. Our Birthday Group had decided to join Ann on a tour to Lake Eyre for her birthday. 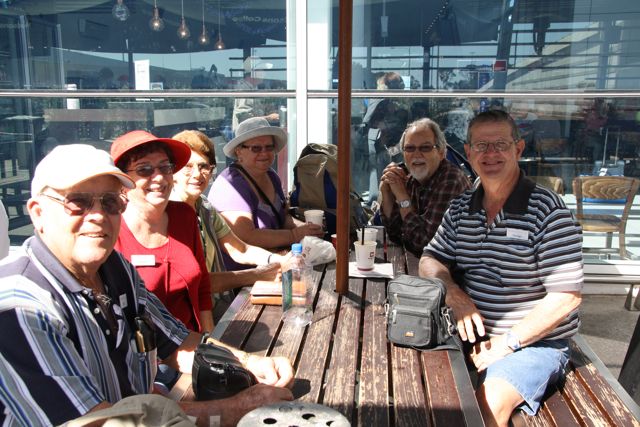 Here we are at the airport waiting for the tour guide. L to R Paul, Helen, Mary, Ann, Bill and George. 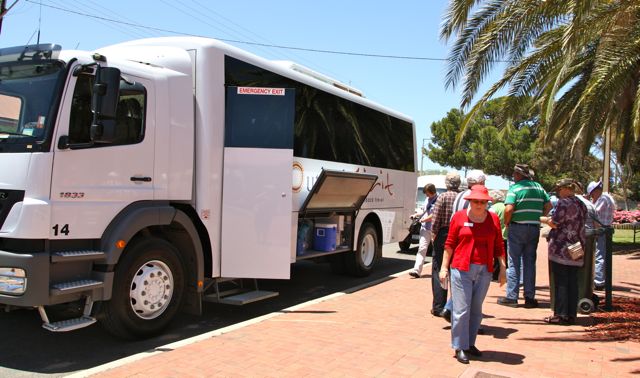 This is our tour bus, a Mercedes 4WD 26 seater. We drove north and stopped at a small town called Two Wells for a picnic lunch. The town got its name from early days when the aboriginal people camped here because there were two natural wells. 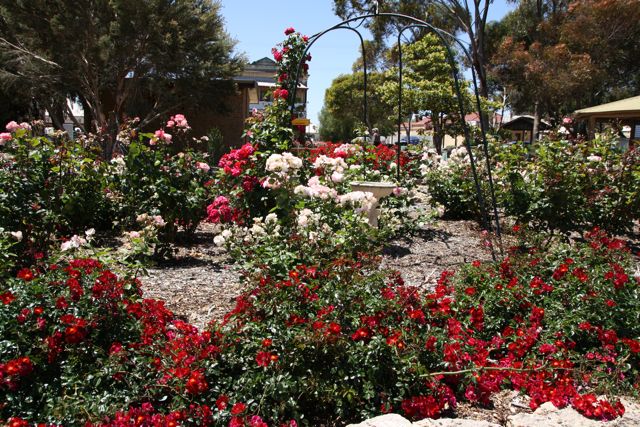 We stopped in a park where there were many roses but, unfortunately, very few seats for the passengers. Most had to stand up to eat their sandwiches. I thought this was poor organisation. The lunch had been set out on trestle tables stored in the bus. On our last trip with this company to the Kimberley, the guides provided us with fold up stools as well. After lunch we headed further north to Pt Augusta. On the way we passed  some interesting scenery including this bright pink lake with a salt deposit on the bank. The pink colour is due to a bacteria which grows in the water.

Unfortunately the driver didn't stop for us to take photos. I was lucky to be on the right side of the bus to snap these shots as we drove past quickly. We arrived in Pt Augusta in the evening and went straight to our motel. Unfortunately no tour of the town.
Pt Augusta is a seaport and railway junction city. The Ghan train passes through on its way from Adelaide to Darwin (south to north Australia). The Indian Pacific also passes through on its way from Sydney to Perth (east to west Australia). Pt Augusta was settled in 1852 and it was named after Lady Augusta Young the wife of the Governor of South Australia, Sir Henry, Edward, FOX, Young. Did you see that third name???? 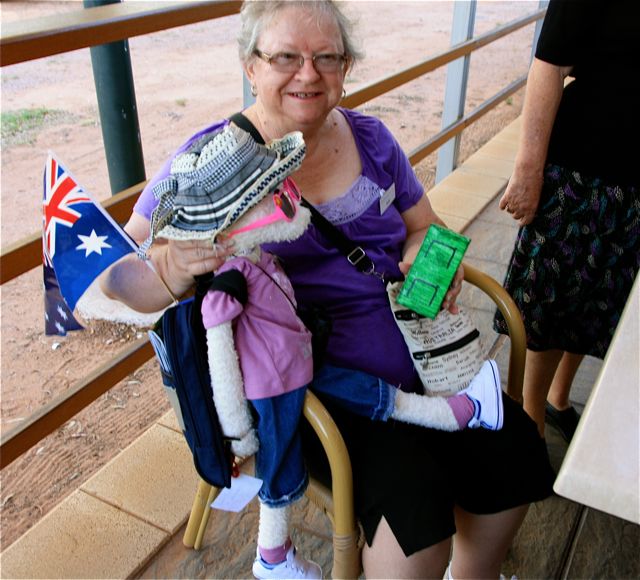 Birthday Bear arrived for dinner to wish Ann a happy birthday. Bear was dressed as a tourist who loves travelling around Australia, just as Ann does. She was wearing a purple shirt, three quarter pants and trainers just like Ann does. She also has a camera, binoculars, backpack, floppy hat, and name tags just like Ann. 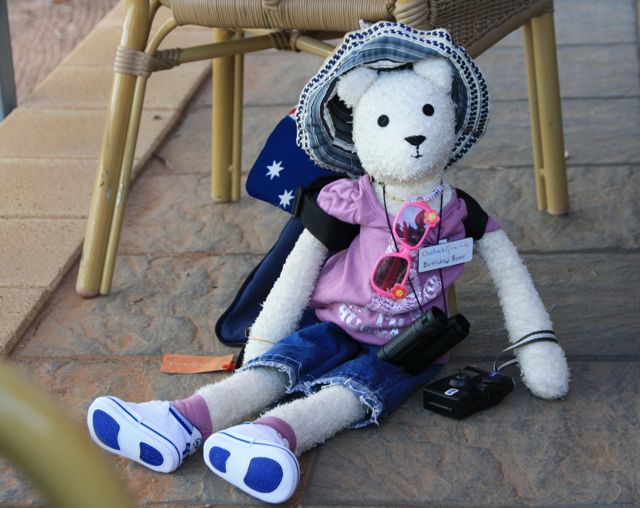 Unfortunately there were not enough chairs for Birthday Bear on the veranda where we had a BBQ dinner, which didn't impress us very much either. (We were a little disappointed with Day 1, but thought it would get better.)
Posted by diane b