We were up early for breakfast, which was better than our awful dinner the night before. The rooms were very comfortable but we were excited to be on our way to Lake Eyre.

We  started to get closer to the desert areas, although they were quite green as there has been more rain than usual this year. We passed many ruins of old settlements that were started in the 1870's when  settlers came from Europe, especially Germany, to this area. They were encouraged to grow grain crops by the government as previous scouts had said the land was suitable for crops. However, the scouts had been there during a wet year, which doesn't happen very often. After crops failed year after year the settlements were deserted. These are the Kanyaka ruins. 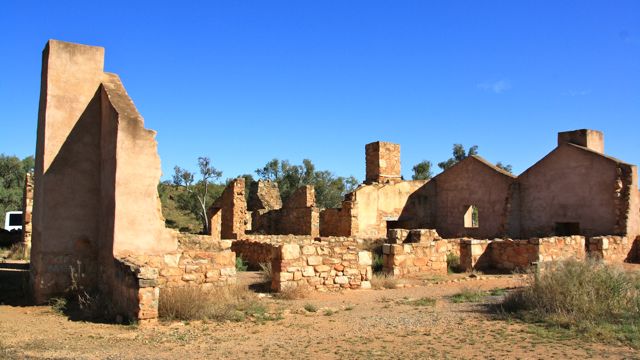 Yippee! The driver drove into the old settlement for us to have a closer look. There was a huge homestead and many smaller buildings. 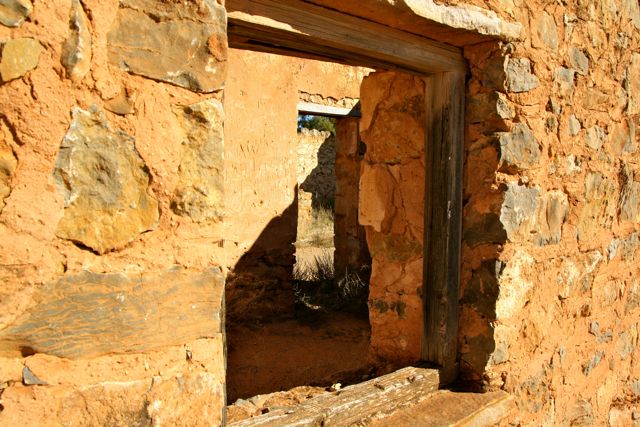 We stopped for morning tea at Parachilna and once again we had to stand unless we perched ourselves on a fence. It was a long drive through desert country. It was flat all the way to the horizon and quite awe inspiring. We whizzed passed some interesting sculptures that an artist had placed along the roadside but no stop, so no photos. 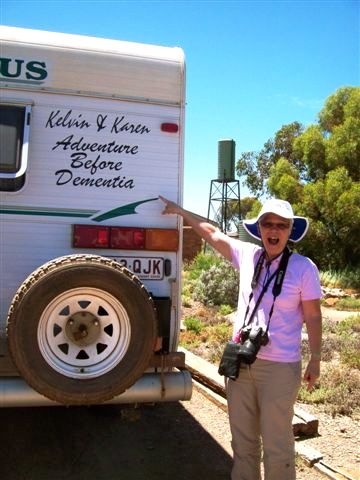 We pulled into a rest stop in the town of Copley for another picnic lunch, nice wraps this time and whoo hoo we had a covered area with tables and trestles for all of us. While we were there a caravan  pulled in. "Thats my blog!"
After lunch we drove through more fascinating red, outback, desert to Marree for a pit stop and then on towards the lake. 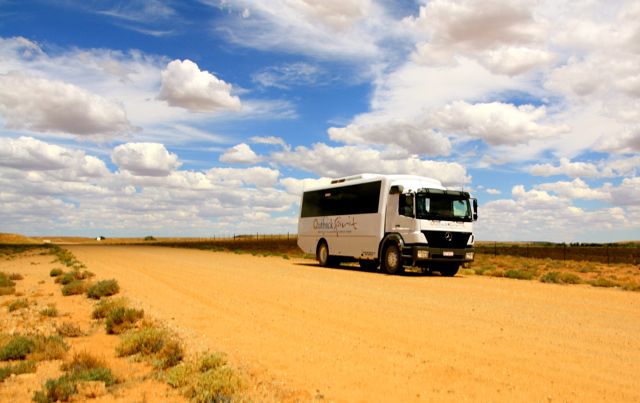 We were very happy when the driver stopped for us to get photos of the Dog Fence, sometimes called the Dingo Fence,  or the Vermin Fence. 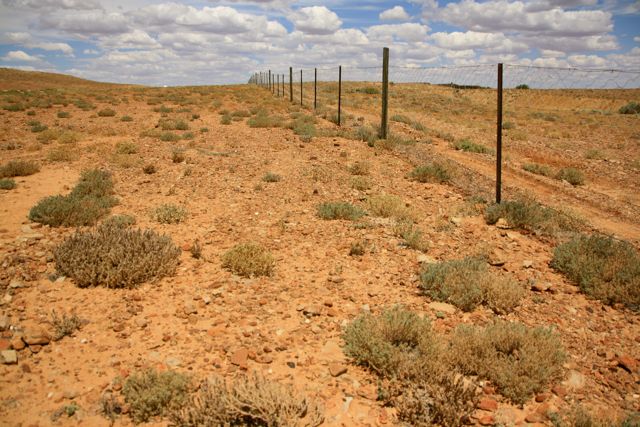 The Dog Fence was built between 1880-1885 to keep dingos out of the fertile SE Australia and protect the sheep flocks. Thousands of sheep were being lost each year. 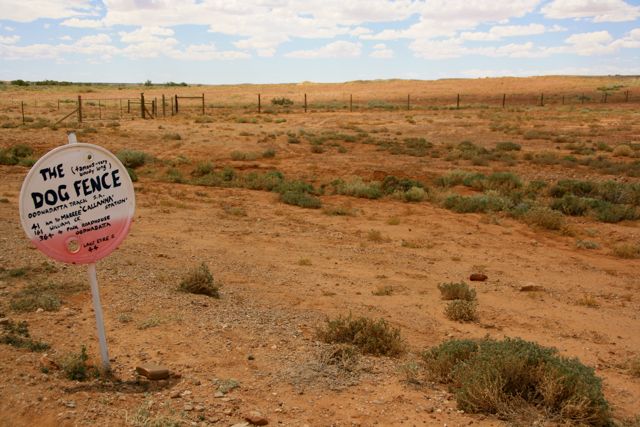 It is 180cm/5.9ft high and extends into the ground for 30cm/1ft. It is maintained by 23 employees checking it every week. 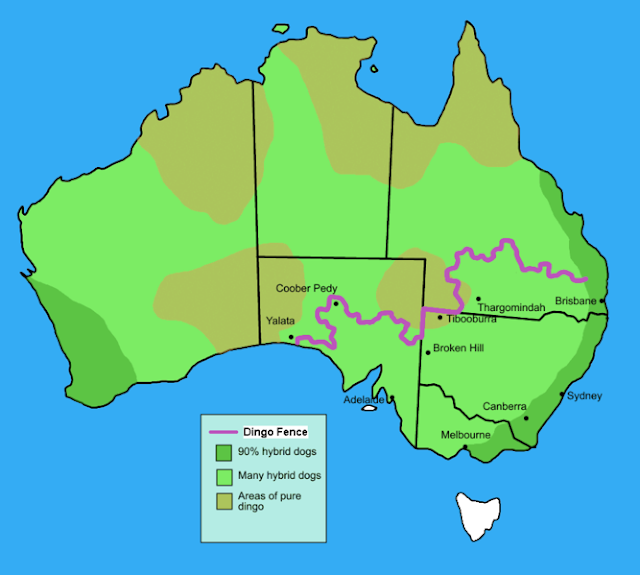 It is the longest fence in the world stretching 5,614km/3,488m across the continent. 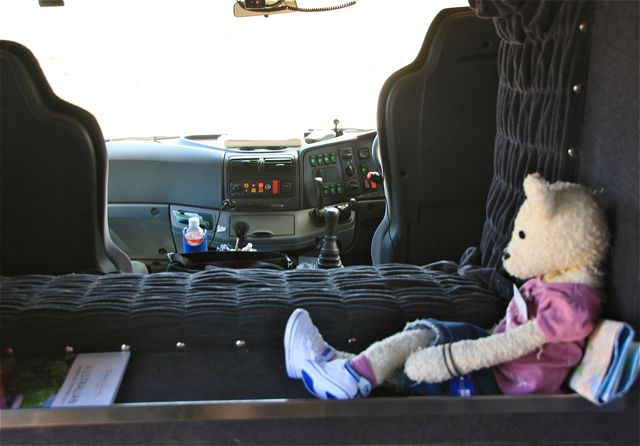 Birthday Bear didn't have a seat on the bus so she sat on the bench between the driver and passengers. She was wishing we would hurry up and get to the lake, she wasn't interested in boring old fences and she doesn't want to meet a dingo, a wild native dog.
Posted by diane b