We left Burra and arrived back in Adelaide a few hours later. Our tour was over except for a farewell dinner and a night's stay in the Stamford Hotel. Adelaide is the capital city of South Australia but one of the smaller capitals in the country. It has an interesting history in that there were never any convicts sent to Adelaide. It was a planned city for free settlers. It was planned before any Europeans lived there by Colonel William Light in 1836. He arranged Adelaide on a grid with wide roads and surrounded by parklands, as you can see below in this photo from the net. 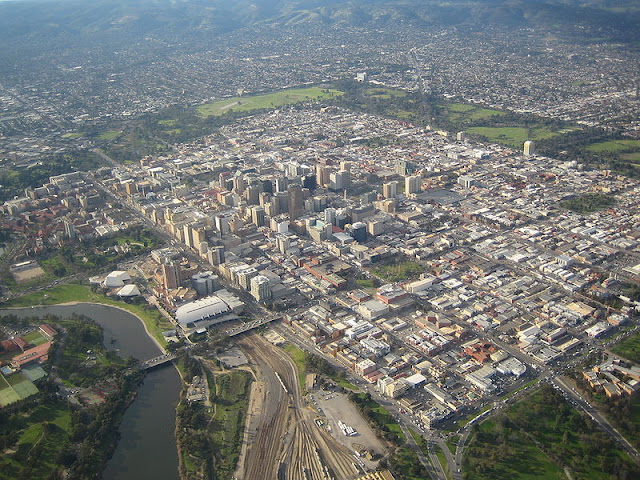 Adelaide was known for its churches and parks but now it is known for its arts and festivals.
The next morning we went exploring by tram as our flight home didn't leave until after lunch.

We ended up at Glenelg Beach. The suburbs have now reached the coast of Gulf St Vincent. As it is a gulf it is not a surfing beach but it doesn't stop them having fun. It was the last week of school before the summer holidays and there were many school kids on excursions to the beach. 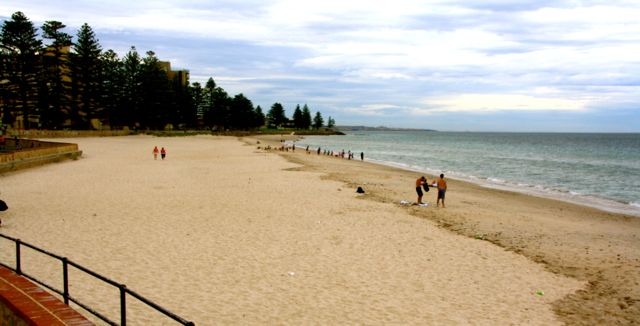 The weather was overcast but very warm. It gets very hot in summer and quite cold in winter. 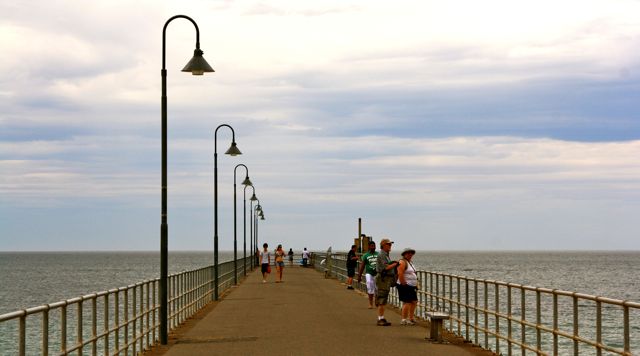 It is a calm, clean, liveable city with only just over one million people.
We had a coffee and said goodbye to our friends who were on a later flight and headed back to the city. 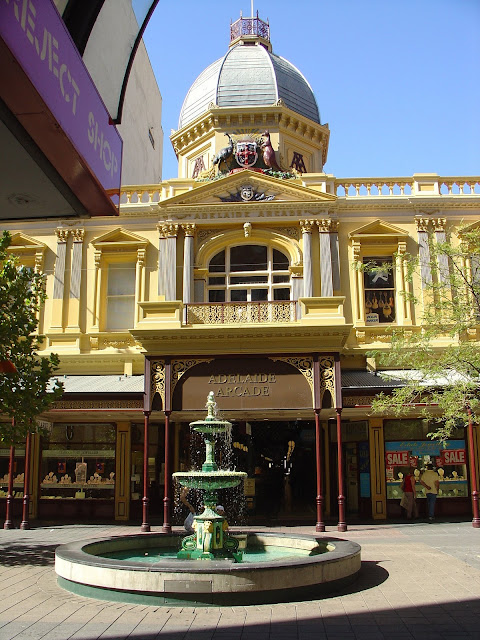 The main street is Rundle St, which is a mall closed to traffic 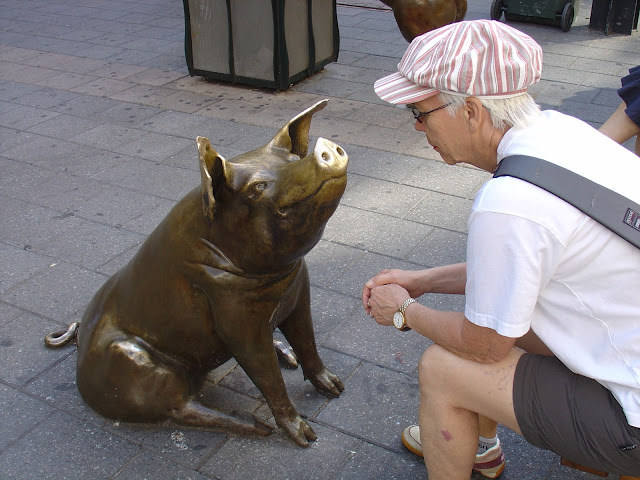 They have a few pigs in the mall. They are very good sculptures in all different poses. One has his front trotters standing up on the edge of a rubbish bin, with his snout in the bin.

AND SO ENDS ANOTHER ADVENTURE.
Posted by diane b