We continued driving south from Lake Eyre, Marree and Beltana to Parachilna. It used to be a town but now all that remains is a railway station, an airstrip, the Prairie Hotel and a population of  7.

The Prairie Hotel is a typical sandstone country pub with a big veranda, but it actually has a very good reputation for its modern hospitality. People come from near and far to enjoy the atmosphere the hotel offers. This area is often used by film makers as it is in easy reach of a variety landscapes. The hotel accommodates the film crews and actors. 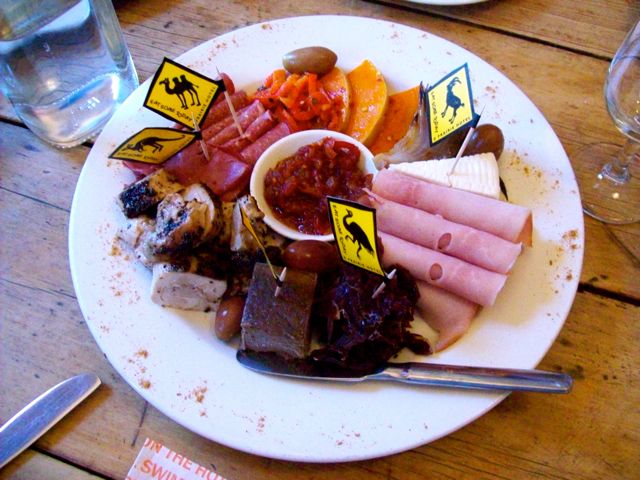 The hotel is renowned for its unusual cuisine, which they call "Flinders Feral Food" or "Road Kill" but it is in fact Australian Bush Cuisine. We had lunch there and it was very interesting.  As you can see we had kangaroo, emu, camel, pig, chicken, bush tomatoes, olives, goats cheese and sweet potato. I liked everything! 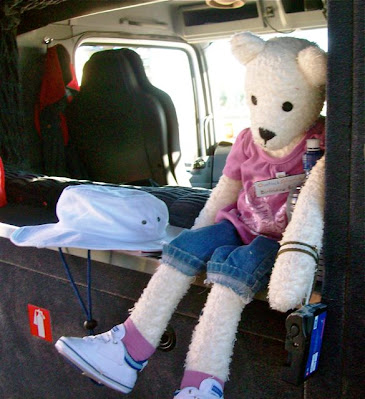 After lunch we boarded the coach and headed towards the Flinders Ranges. Birthday Bear was a bit despondent worrying about whether she may one day end up on someone's lunch plate with a little flag saying ''BEAR".

The desert landscape started to give way to scrubby trees and the ranges came into view. Our guide told us how these ranges have a very interesting geological history. They were formed 540 million years ago by folding and faulting sediments in the Cambrian period. They use to be very high but they have been worn down by erosion. The highest peak Mt St Mary is 1,170 m. 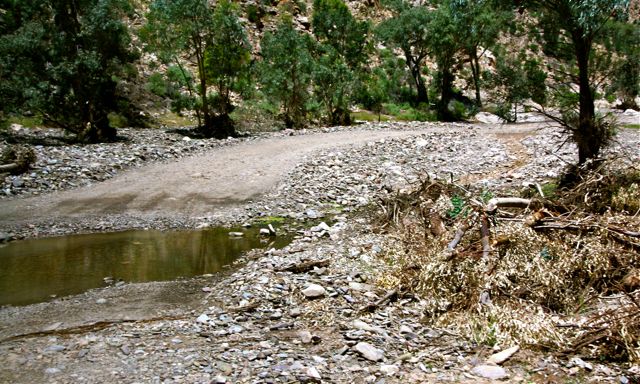 We took the road through the Brachina and Bunyeroo Gorges to Wilpena Pound. 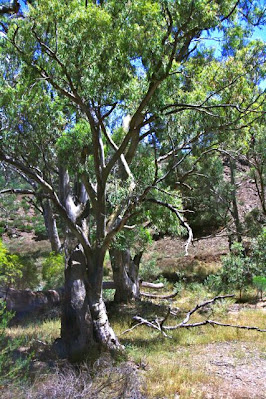 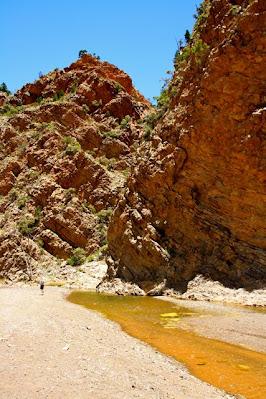 The colours and formations were breathtaking. 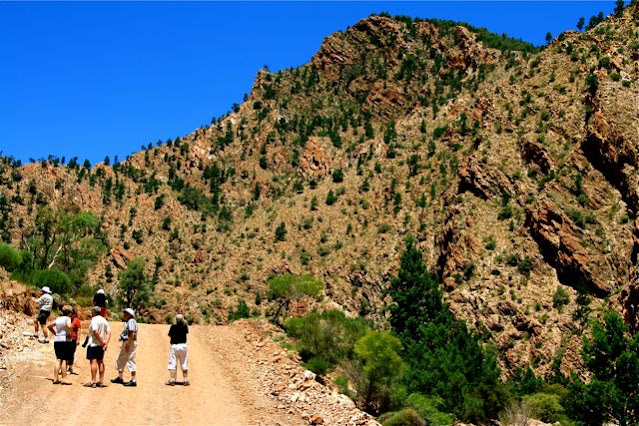 That evening we arrived at Wilpena Resort.
Posted by diane b