We have been having rain and tropical storms everyday this week. For weeks now we have been having lots of rain. All our dams are full and water has to be released so that they don't overfill. This is such a stark contrast to a year ago when Brisbane was running out of water and our dams were down to 15%.The government built a desalination plant for millions of dollars and now it is in mothballs. We are all growing webs between our toes and fungus on our skin. 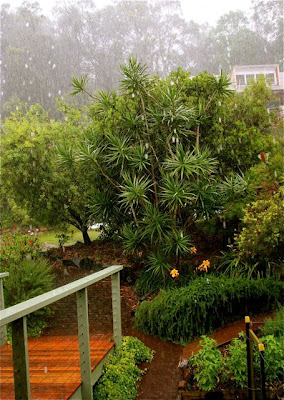 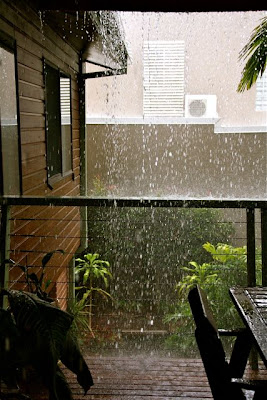 A few days ago we had a hail storm which caused a lot of damage in nearby suburbs but we were lucky and escaped damage. It was a very hot day and the hail was melting as soon as it hit the ground. If you strain your eyes you can see the hail falling. 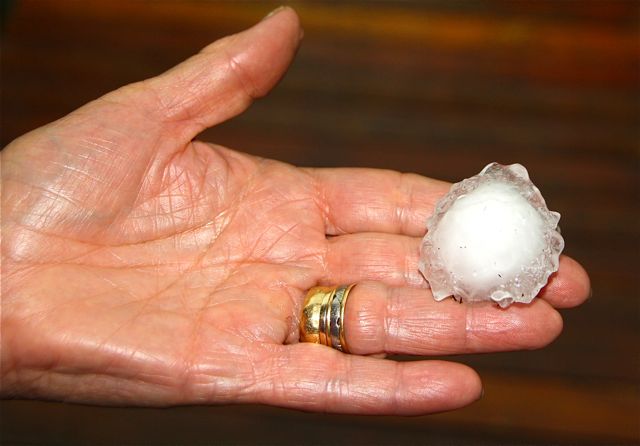 I managed to grab a ball before it completely melted but it was as big as a golf ball when I picked it up. 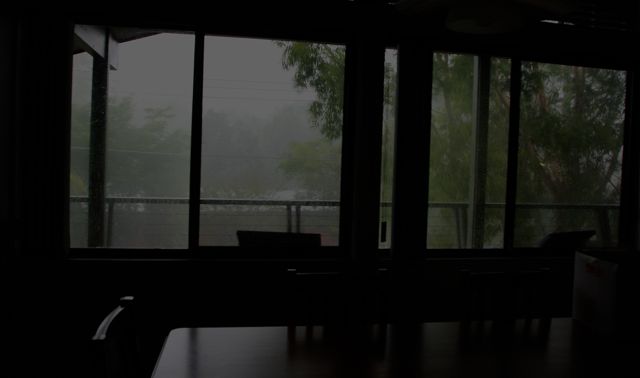 The very next day we had a whopping storm. At 1:00 in the afternoon the sky grew so dark that the street lights and our garden lights automatically turned on. The sky was scary and you can see how dark it was inside. Everyone in the street had their lights on. On the news I heard there were 35,000 lightning strikes in Brisbane. 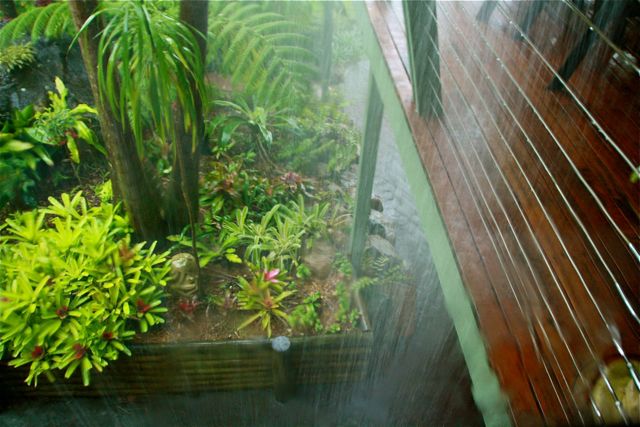 I have increased the exposure so that you can see the rain. It was coming down in torrents. The gutters had no chance of coping. The garden paths and road became rivers. Our balcony was soaking. 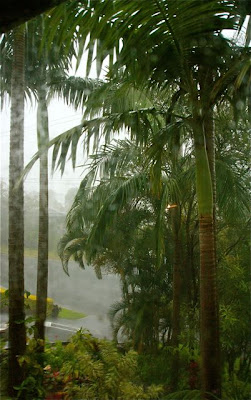 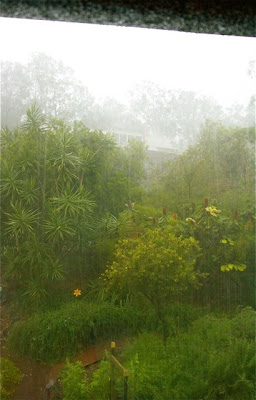 At the front and the back of the house I could hardly see beyond our garden. The rain was like a sheet of water. It reminded me of when I lived in the tropics in New Guinea. Today it hasn't stopped all day. We are lucky we live on the side of a hill and we don't get flooded like many other places around town.
Posted by diane b