As we returned to Marree from our scenic flight over Lake Eyre I mused at the thought of our next excursion, which was a tour of the town of Marree. I didn't think it would take long to see this tiny outback town surrounded by desert.
After lunch at the hotel we were taken to the outskirts of town where there was an old cemetary. There were three sections. A muslim area, an aboriginal area and a European area. 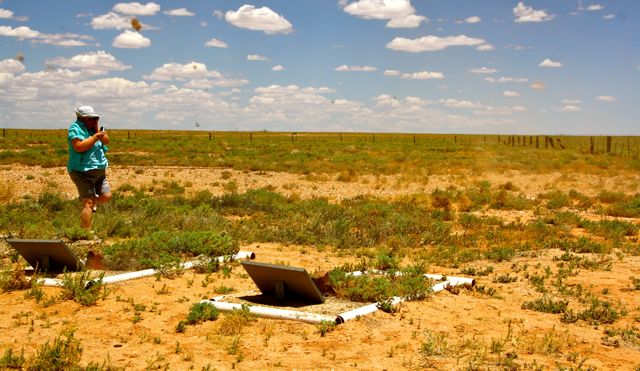 While we were reading the interesting head stones a willy-willy started up right near us. That is where the hot temperatre of the ground rises up and causes a strong wind in a circular motoin, similar to a mini tornado. It lifts up the sand and loose vegetation and scoots across the ground. (above) Ann is getting stung by the sand being whipped into her legs. If you look really hard you can see the the willy-willy just right of the righthand grave. You can see the grass clumps whirling in the air. After this shot I hid my camera under my shirt, hung onto my hat and shut my eyes. 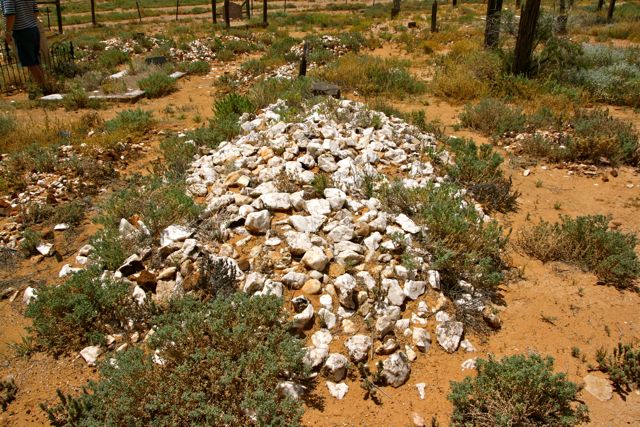 In the muslim section there were some very big graves. We were told that the tradition in the early days of the muslim cameleers was that when the cameleer died his lead camel was buried with him. The grave above is a big one. Afghan and Indian  cameleers were brought to Australia in the 1800's to run the caravans delivering goods throughout the interior of Australia. 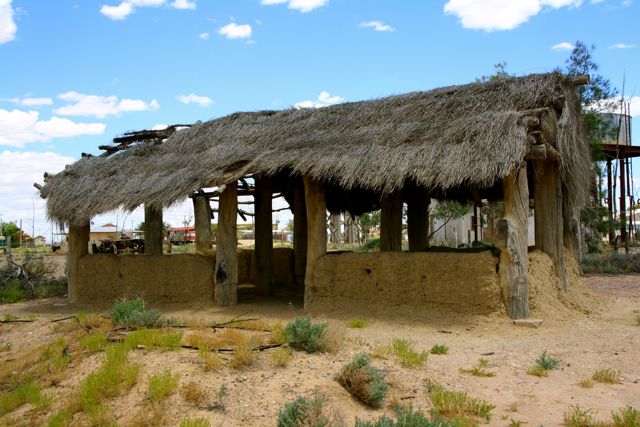 This is a replica of the very first mosque built in Australia last century. 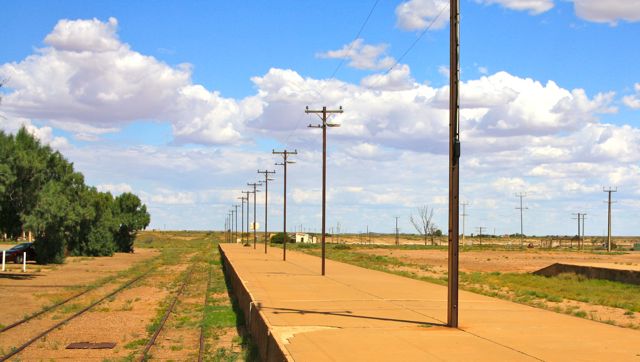 The disused railway station at Maree. The reason so many of these towns are dying is that the north south rail link between Adelaide and Darwin was moved to the west. The reason Maree is still operating is mostly due to tourism connected with Lake Eyre and the Birdsville track, which starts here. 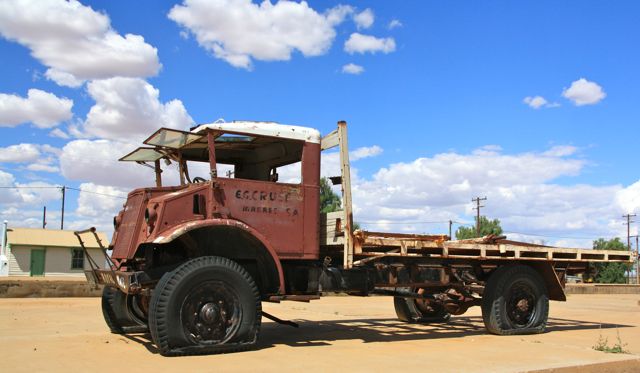 We saw this old truck, which was supposed to have belonged to the famous mailman, Tom Kruse.(not the actor) He delivered mail on the Birdsville Track between 1936 -57. The track was very difficult to navigate in those days. It would take him between 2 weeks and 7 weeks to travel the 500km due to getting bogged in sand dunes, floods and breakdowns. He was an amazing man and a film was made about him in the 50's where he played himself. It is called "Back of beyond" For more info about Tom Kruse read here. His last truck which he abandoned in the desert was retrieved in 1993 and restored to working order and it is in a museum in Adelaide. So I'm not sure what truck is in the middle of this town, maybe an earlier one. 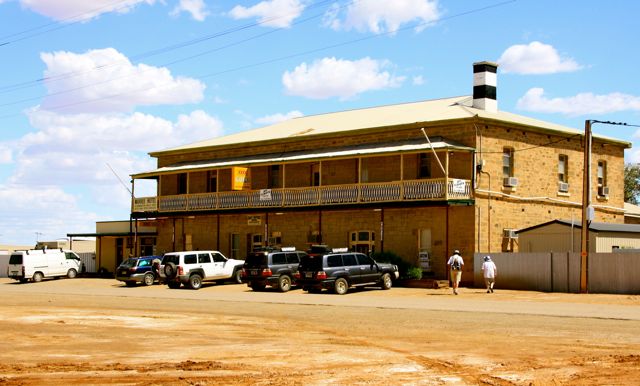 Then we returned to our cool air conditioned donga at the back of the "Great Northern Hotel" to cool off from the 40c heat and a rest before dinner. 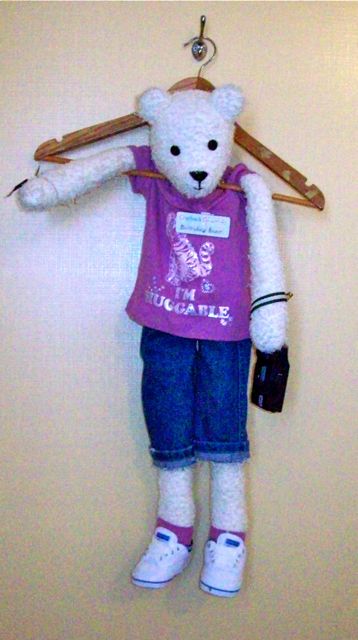 Poor Birthday Bear didn't have a bed so she just had to hang around in Ann and George's donga. (a metal type cabin) BTW This was what was provided as a cupboard for your clothes...one hook and one hanger. I guess we were in the desert in the middle of Australia miles and miles from civilisation.
Posted by diane b

Email ThisBlogThis!Share to TwitterShare to FacebookShare to Pinterest
Labels: Marree