A WALK IN THE DESERT

After the flight over Lake Eyre we flew further north to Cowarie Station (Ranch). We were now in Central Australia where 3 deserts meet: the Simpson Desert, the Tirari Desert and Sturt Stony Desert.

The airstrip is on the station, which is as big as a small country. This year with all the rain the cattle have had so much feed available that they are getting too fat too fast and the owners are having trouble rounding them up fast enough to get them to the markets. We were supposed to go on a tour of the station homestead but that was dropped from our itinerary. However, another coach picked us up from the airstrip and drove us through part of Cowarie Station to the adjoining property, which was the Kalamurina Wildlife Sanctuary. It is a million acre conservation area. 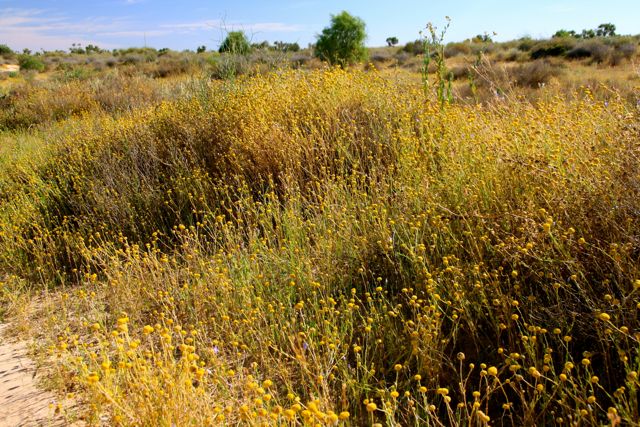 A ranger took us for a short guided walk through the desert to the banks of the Warburton Creek. Even though it was the end of the wild flower season there were still some about. 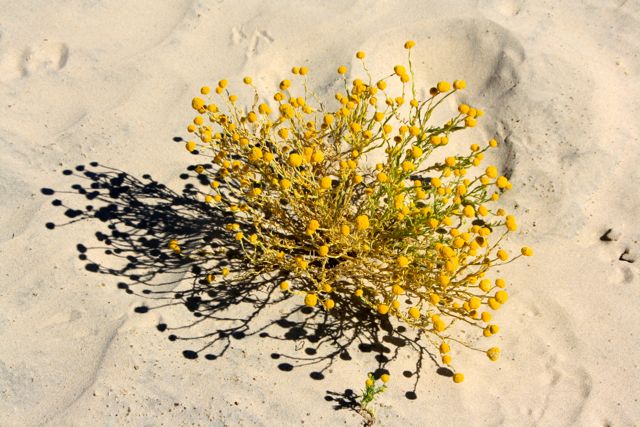 It was about 40C/105F so there weren't many animals out and about but we saw their trails and burrows. The feral camels, which have become a pest in Australia, have been eradicated from this area giving back the habitat to our native animals. 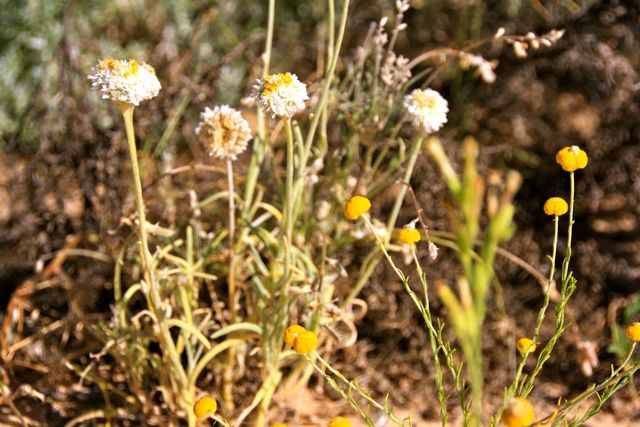 There are a million camels covering a third of the continent. They were introduced in the 1800's to aide exploration and later to haul freight to the inland. During the early 20th century, when motor vehicles began replacing camels, they were turned loose and the feral population began. 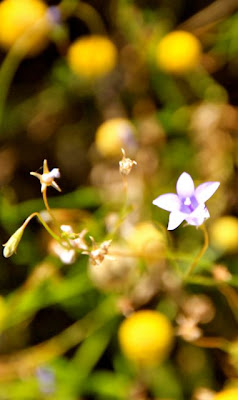 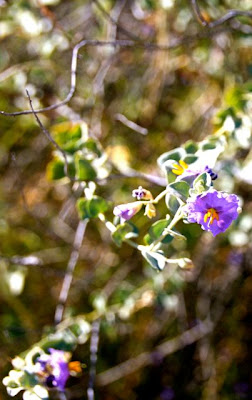 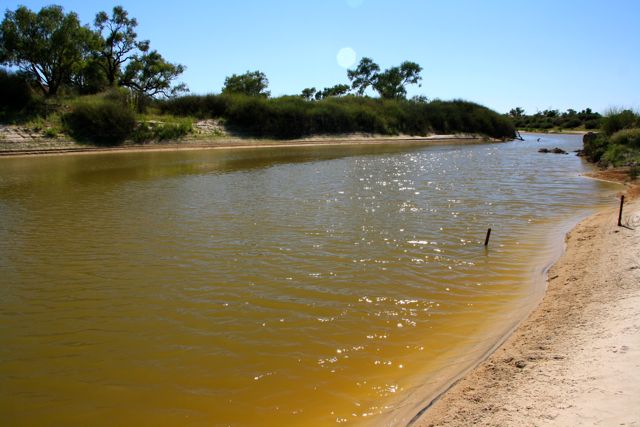 The rangers and cattlemen are excited to see water in the creek as it is often a dry creek bed. 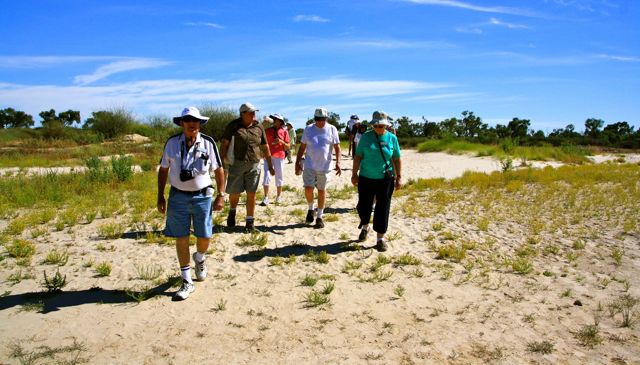 It is a harsh but captivating landscape. We headed back to the plane for our return flight over the flooded Cooper Creek.
Posted by diane b