We continued on our journey through the desert from Marree to Lake Eyre South in our small 4WD coach. We detoured from the original itinerary but we were not told why. I had to erase the parts we didn't do and add the bits we did do on the map below. 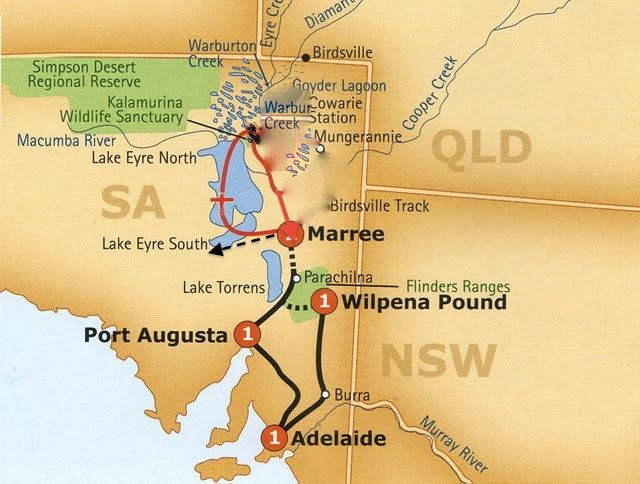 Lake Eyre is the lowest point in Australia at 15m/49ft below sea level. It covers 9,500 sq km/3,668 sq m. It is mostly dry and covered in salt pan. When heavy monsoon rains fall in northern Queensland, the Diamentina and Cooper rivers flood, water spews into the desert through the channel country and finally finds its way into Lake Eyre months later. Mostly the water evaporates before it reaches the lake or it evaporates in the lake faster than it is filling. (Which is happening at the moment after heavy rains partially filled the lake this year). The lake is rarely full. It has occurred only 6 times since 1885. The last time was in 1974. 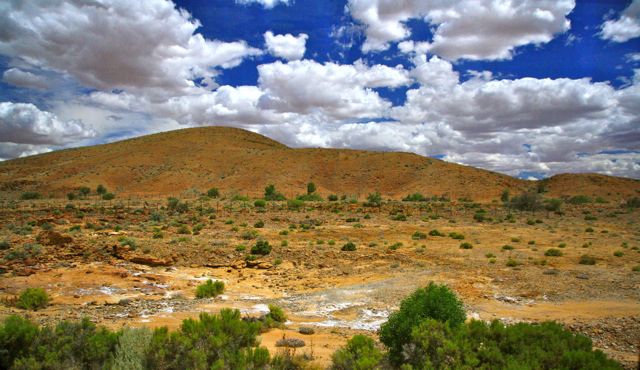 I attached my polarising lens which makes the sky and earth look the real colour and not washed out. Sometimes there were hills and dunes and other times..... 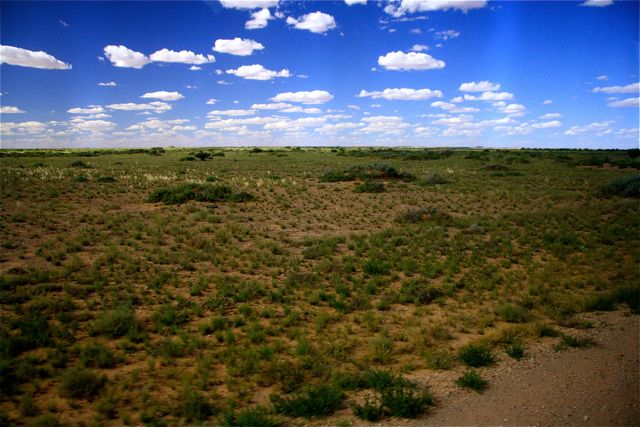 ......it was flat as far as you could see. The recent rains had made the desert green. Finally we arrived at Lake Eyre South which is a smaller lake connected to the main Lake Eyre by a channel. I was disappointed that we stopped at a lookout not far from the main road but didn't go down to the lake edge. "Look how far away it is, but you can see the salt and if you try hard you can see the water on the horizon." Photography is deceiving. I am actually standing on a high hill and it is miles to the edge of the lake. 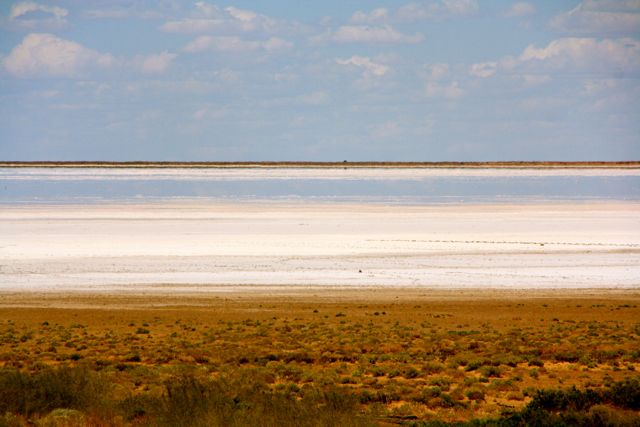 Thank goodness for telephoto lenses. I could see the salt and the water but no birdlife. 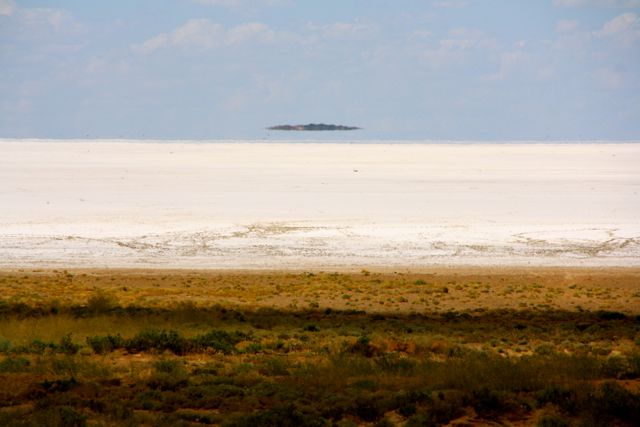 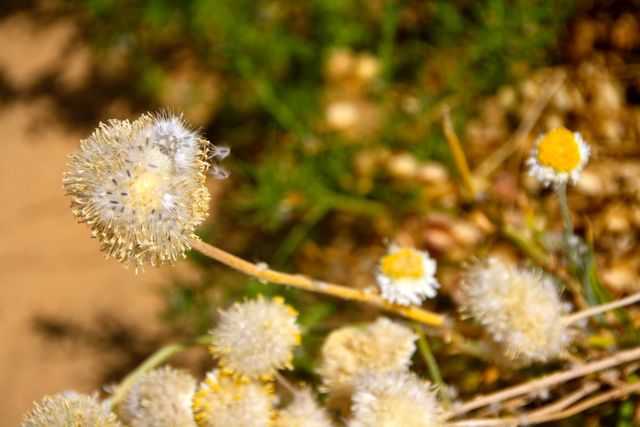 Disappointed, I turned to photographing the last of the wild flowers. We were a bit late for the flower season but some were still hanging on. I think these are called Poached Egg and they are going to seed. 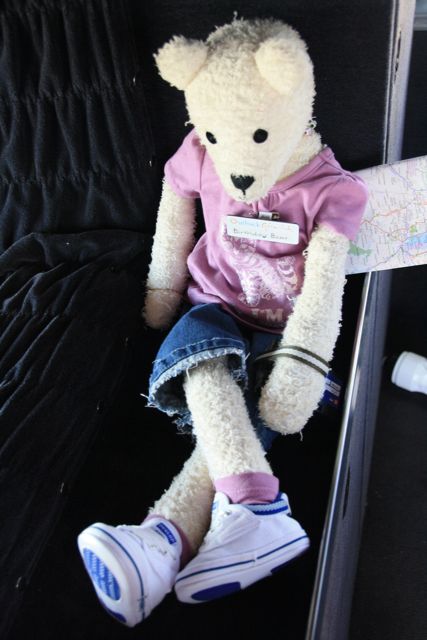 Birthday Bear was sad not to be able to walk on the salt pan since she had worn her walking shoes. 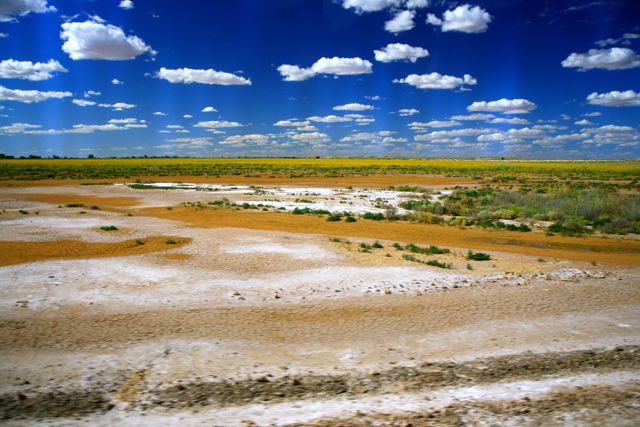 After a drink (it was 38 C/102F) and reading the information boards at the lookout we headed back towards Marree where we stayed for 2 nights. We went on a scenic flight over the Lake Eyre North the next day. It was spectacular.
Posted by diane b