The Brisbane Powerhouse Theatre situated at New Farm on the banks of the Brisbane River is a stunning industrial creation for contemporary performing arts and a multi-arts venue.

Originally it was built to provide electricity for a huge tram network and local suburbs between 1928 and 1940. It was designed by R.R. Ogg. As trams gave way to buses the powerhouse was decommissioned in 1970. The derelict building provided shelter for the homeless, target practice for the army, a location for film makers and a canvas for graffiti artists.
In 1989 the powerhouse was identified as being culturally significant and the concept of a centre for the arts was born. It was redeveloped by the council and designed by P. Roy.

The Powerhouse Theatre was opened in 2000 and refurbished in 2007. There are theatres, restaurants, bars function and conference spaces.

The mayor and designers decided to keep as much of the original building as it was so it still looks like an industrial building but it has state of the art equipment for the theatres and multi-media spaces. 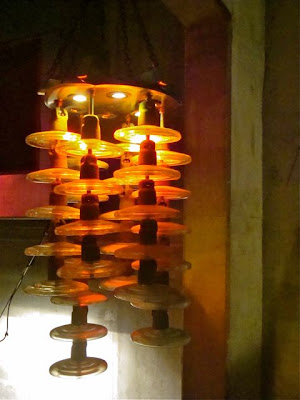 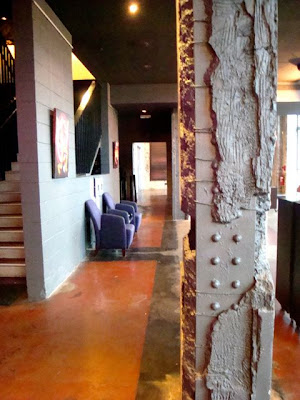 The pillars have been left in the state that they were in the derelict building but they have been painted with a clear enamel to keep them clean and safe for visitors. The light is made from electrical insulators found on the site. 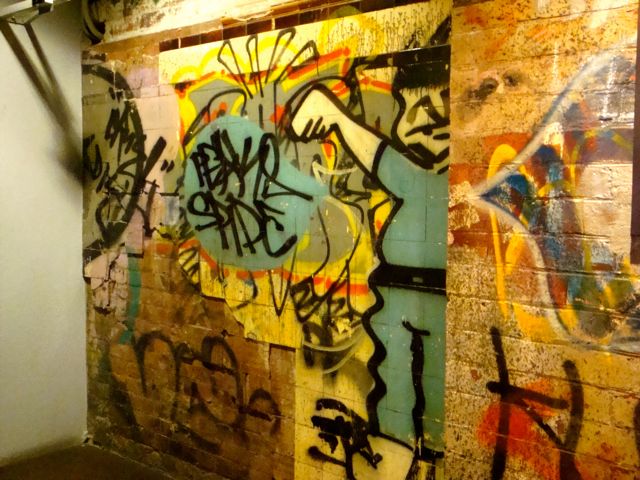 Most of the graffiti has been kept also and is actually heritage listed. Offensive stuff was removed. Renown Graffiti artists Anthony Lister, Blek Le Rat and Kasino were commissioned to add more modern graffiti . It really gives the place a very modern, young atmosphere. It is an exciting building to visit and if you are into avant guard theatre productions, the shows are good too. 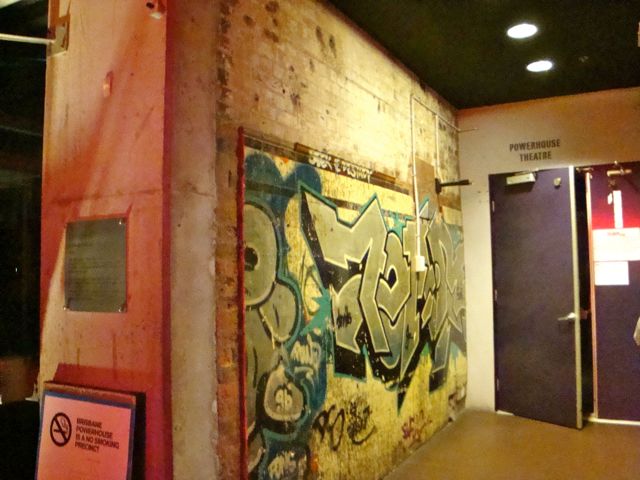 We were visiting the theatre for a very proud moment. Our son in law, David, was commissioned to produce an audio guide for the building. He worked for over a year putting together a collection of interviews, sounds and music which tell about the history, the redesign, the art, and the spaces  of the building. 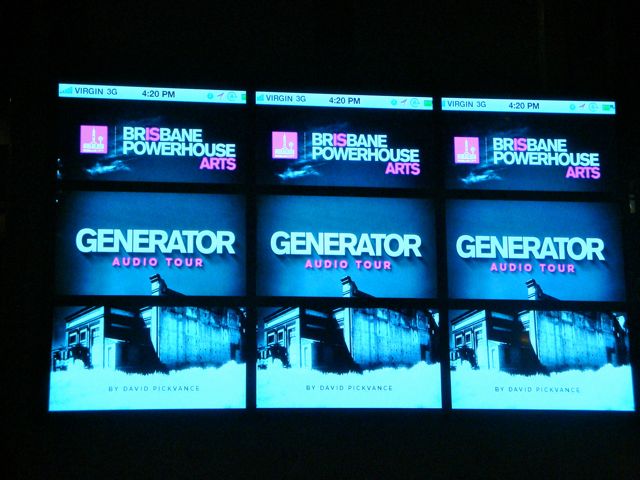 It has been developed as an Application called GENERATOR for an iphone or ipad and can be listened to while touring the building or at home. We have found it very informative and an excellent production. 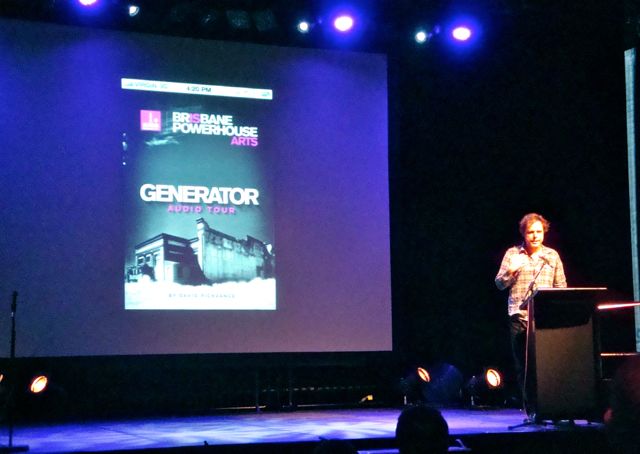 So this night was the launching of the GENERATOR by David Pickvance. The audience was provided with cheese platters and wine. 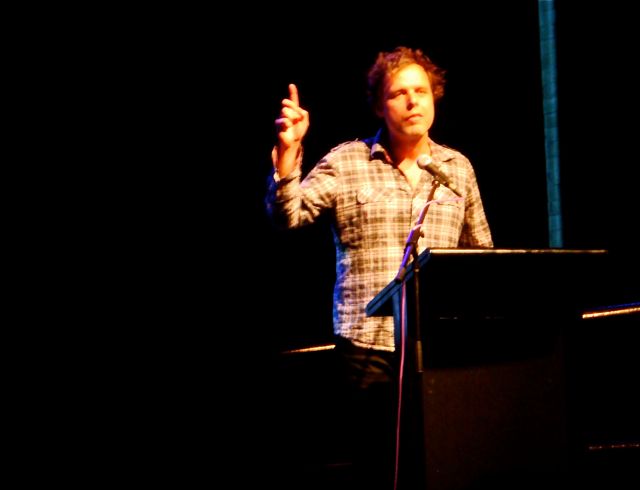 David outlines the content and how he collected all the data for the audio tour. 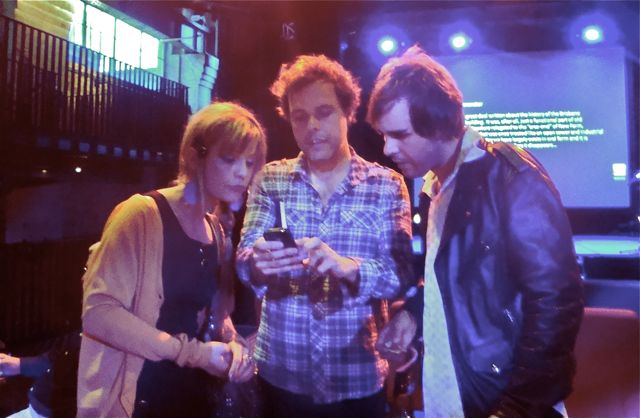 David shows his brother and sister how the app works on a phone.
Posted by diane b