BACK IN TIME AT BURRA

After stopping at Peterborough and Terowie we finally arrived at the town of Burra for our overnight stop on our tour of South Australia with friends. We wanted to stop here because on our last tour by bus through here we only stopped for 30 mins and we were disappointed as it is a very historical town and still alive with about 1,200 residents.
Burra became famous when shepherd Thomas Pickett found copper in 1845. By 1850 Burra had one of the worlds biggest copper mines and saved South Australia from bankruptcy. The mine closed in 1877 but was reopened in 1971 to 1981. 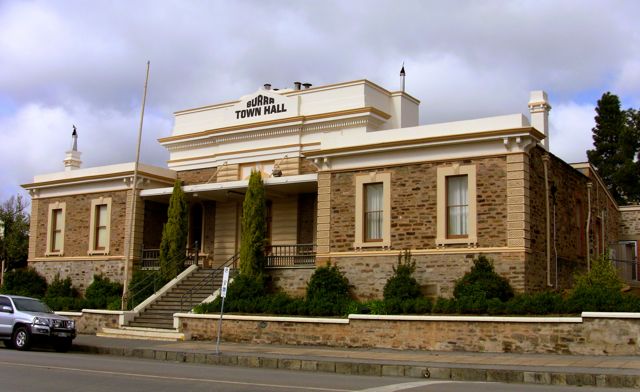 Burra is now a State Heritage Area and boasts a big collection of buildings from the 1850's which have not been radically changed. 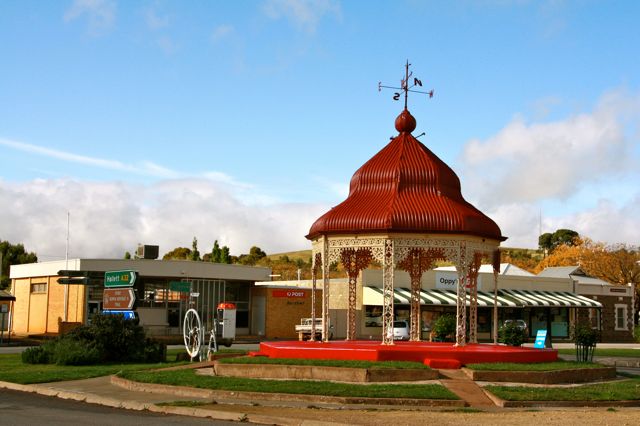 Most country towns have an old rotunda. 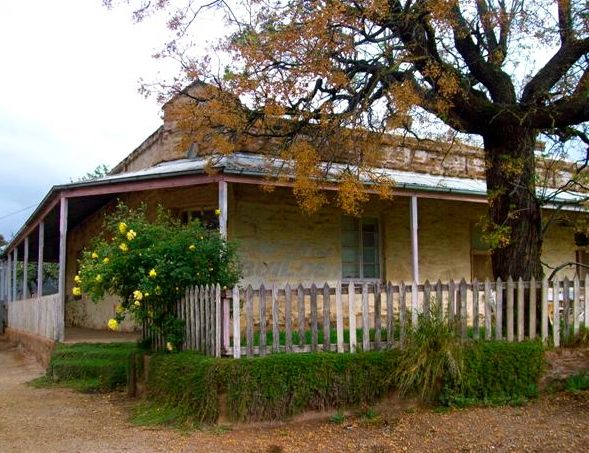 It so happens that I have an old friend living in Burra. Val and I used to room together when we attended teacher's college (ASOPA) in Sydney. She is also a friend of my avid reader, Colin. They taught in the same village in New Guinea. She owns and lives in this very old hotel called "The Smelters Home" built in 1849. It has 17 bedrooms and was used by travelling sales men to display their wares to retailers. 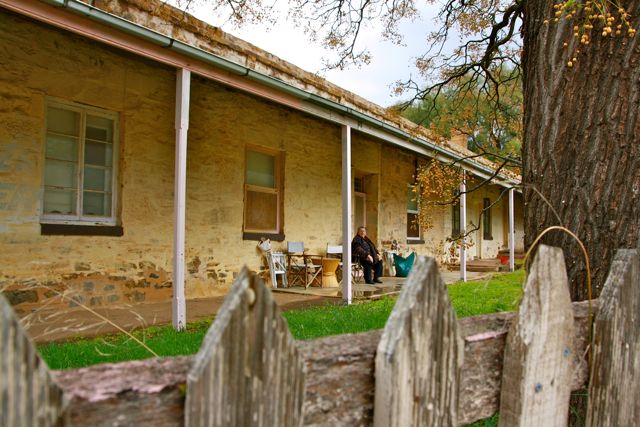 It is the oldest hotel in Australia with the original floor plan. It is like stepping back into the mid 19th century when you enter this building. Unfortunately, Val is not well enough to continue refurbishments. 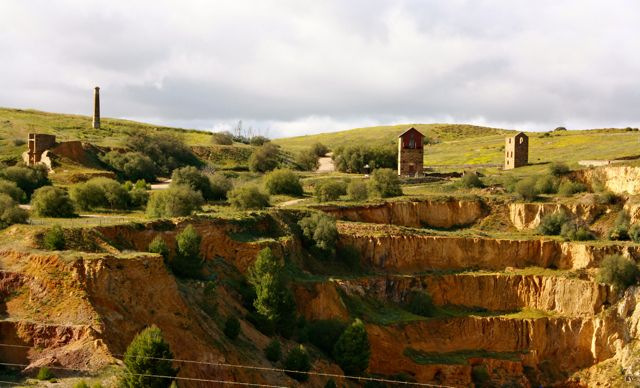 We visited the old Burra Burra Copper mine, which started as an underground mine in 1845 but in 1870 it became one of the first open cut mines in Australia. It is full of water now and musical concerts are held by the side of the lake.

Besides tourism, Burra is a farming and grazing centre. The surrounding country was cleared of trees to feed the huge smelter during the mining era.

The rapid development of the mine in 1847 led to a housing shortage for mining families. So the miners excavated dugouts in the steep banks of the creek. They stretched for 3 miles along the creek, housing 1800 people. One third of them children. Due to poor sanitation, disease and floods, they were forced to move into company supplied housing in 1870. There are only a few dugouts left today. 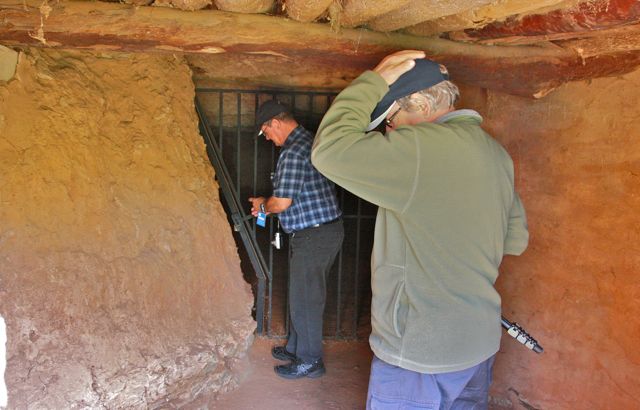 Ouch! They had low roofs. Even though we paid for a key at  the visitor centre, it only allowed us into the property but would not let us go deep into the dugouts as George discovered here.

It was reported that some had one room and others more. Some had carpets inside and whitewash outside. They had chimneys coming out of the top of the creek bank and some had a porch. They were cool in summer and well protected in winter.


There were many more interesting places to visit but our day was coming to an end and we were heading off to Hahndorf for our next sleep.
Posted by diane b