After our train trip we returned to our motel in Pt Augusta. The next morning the six of us went exploring our surroundings. Pt Augusta is quite an important town. It is situated at the tip of Spencer Gulf. It is a sea port and the crossroads of Australia. The north/south and east/west railways and  highways all intersect here. The town was founded in 1852 and named after Lady Augusta Sophia Young the wife of the governor of South Australia, Sir Henry Edward FOX Young. (Did you see that name? Same as our grandson.) 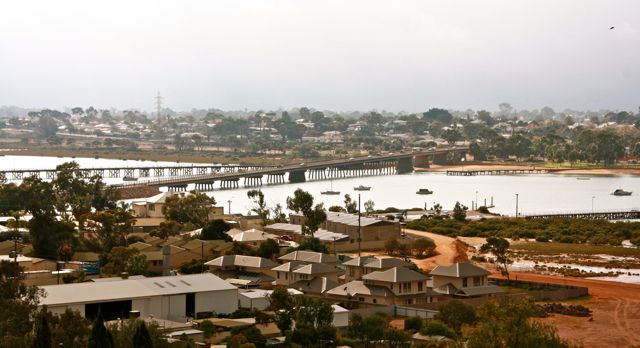 Off we went to the Water Tower Lookout and climbed up many steps to the top. We look over part of Port Augusta and Spencer Gulf. 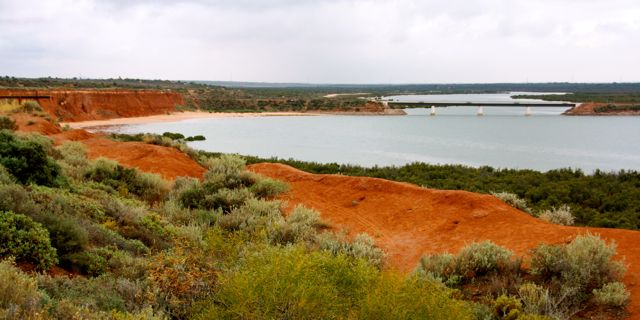 We jumped in the car and off to Matthew Flinders Lookout (He was the first sailor to navigate all the way around Australia) We could see the Red Cliffs, no points for guessing why they are called that. 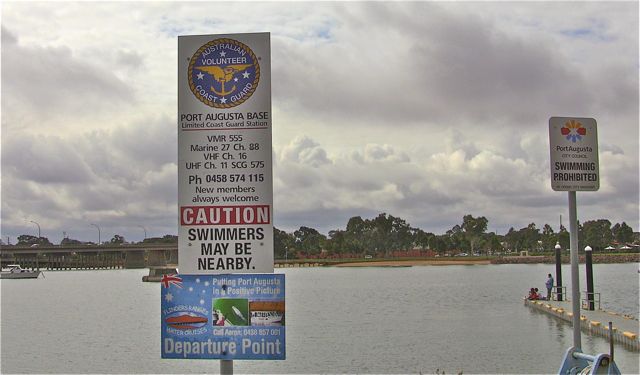 Then it was time to be at the little dock ready for our booked cruise up to the tip of Spencer Gulf. While waiting I got a kick out of the signs. The distant one says "Swimming Prohibited" and the other you can read. So can't the swimmers read or are the locals disobedient? 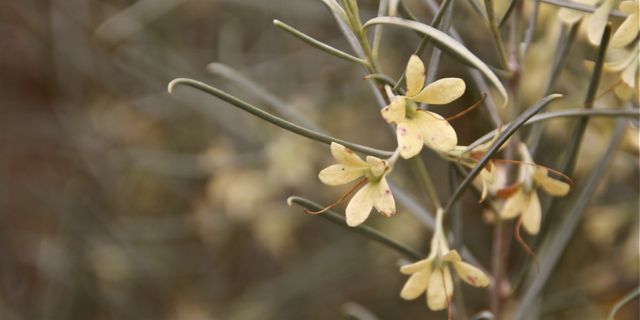 I also checked out the wild flowers nearby....I just can't get enough of them.

We took a closer look at the Red Cliffs. The colour was stunning even on a very dull day. Can you imagine how it looks with a big blue sky at the back? 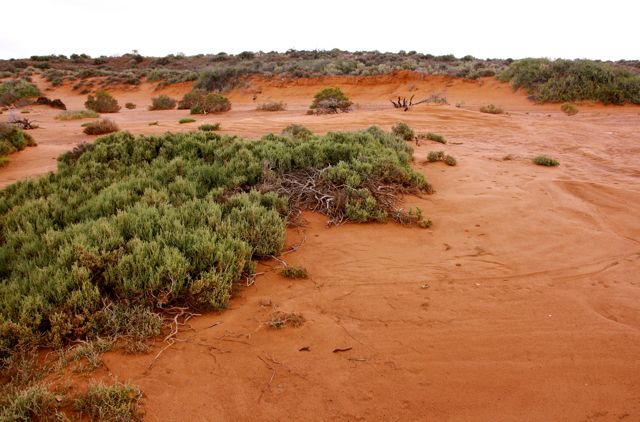 All along the banks there was red soil, mangrove bushes and lots of birds. 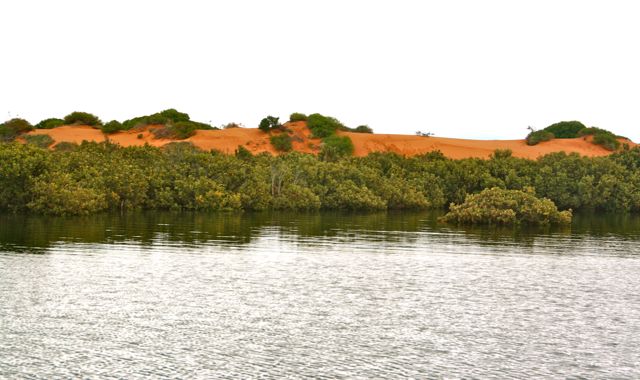 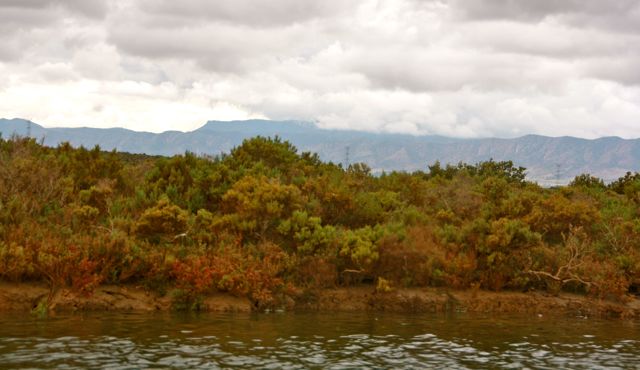 Yorke Peninsula on the other

On the way back we were accompanied by frolicking dolphins who like surfing along side the boat catching the wash.