RESTING IN THE SUNSET

Before I take you on a tour of South Australia we will visit a cemetery in Clunes, New South Wales for Julie's Tuesday meme "Taphophile Tragics".
I don't have any interesting historical information about the graves or the cemetery but it is situated in a beautiful place. Clunes is a scattered village in the rolling hills of the Northern Rivers District of NSW. 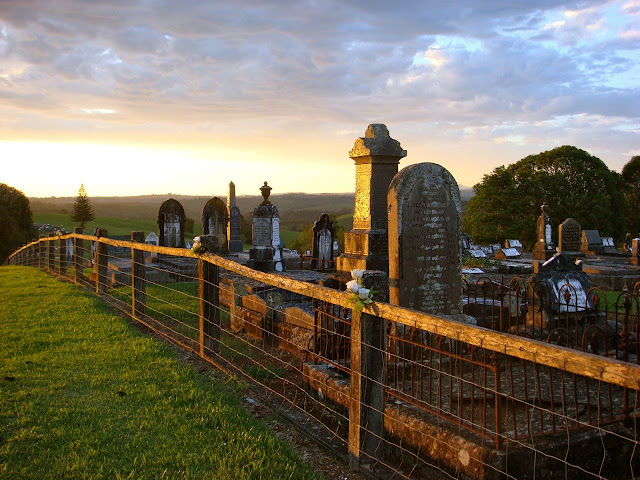 A few years ago we visited friends who live in Clunes. In the evening they took us for a walk to the top of a nearby hill. On the hill in pastures green there was an old cemetery where the residents had a lovely place to rest in the sunset. I liked the way the sun played on the fence. 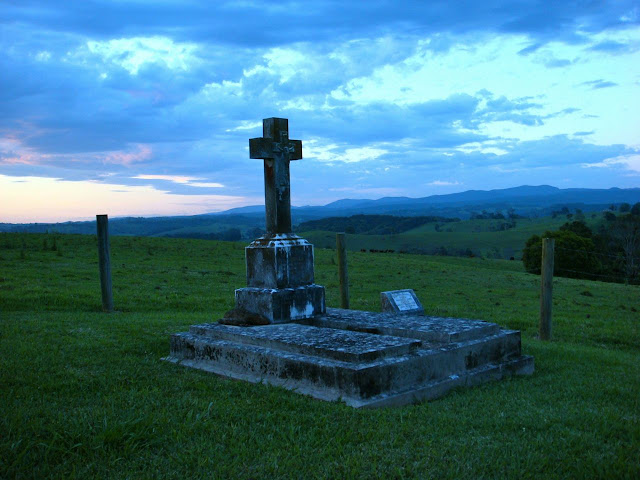 My friend told me that the Protestant and Catholic graves were separated. The majority of the graves were Protestant and just these few Catholics were by themselves in the far corner. ( I could have the religions the wrong way round). I was more interested in capturing the silhouette at the time. 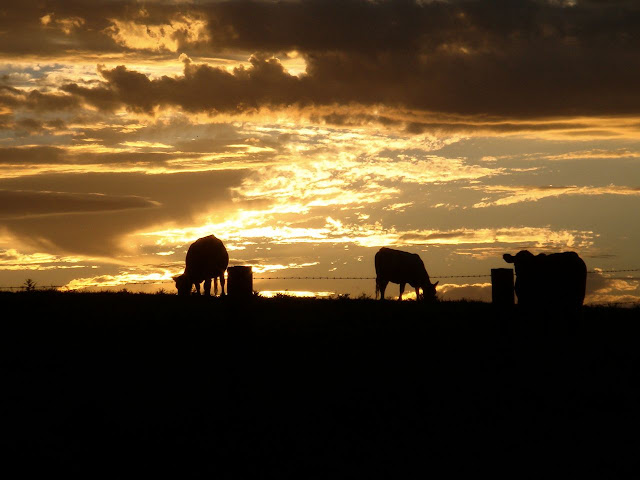 The residents in the next paddock were quietly munching away in this beautiful, serene place.
Posted by diane b