Continuing with our tour in SA we alighted the historic Afghan Express at Quorn, a delightful little town with a big history. Quorn was named after Quorndon in the UK and was surveyed in 1878 as a railhead town for the Central Australian Line (The Ghan). In 1917 the new Trans Australian Line (The Indian Pacific)  stretching across the continent from east to west passed through Quorn also. This caused the town to expand now becoming the crossroads for the north south and east west lines. Many fine buildings were constructed.  By the 8o's both lines had been changed to a wider gauge and to a different location. Trucks took over the freight business and so the town started do die. However , thanks to the Pichi Richi Preservation Society, which renovated the line and locomotives and introduced tourist trips between Quorn and Port Augusta the town has survived. It is also the main town  for the Flinders Ranges region. The Flinders Ranges also attract visitors. 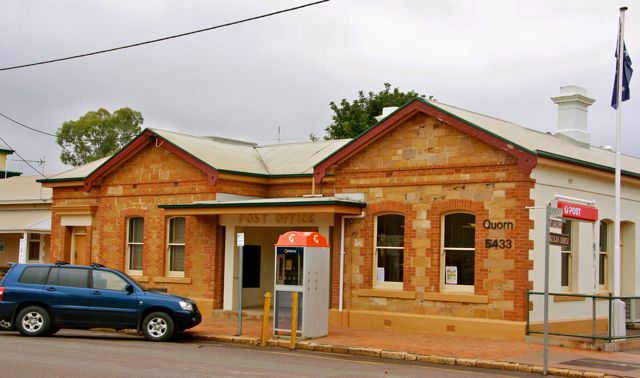 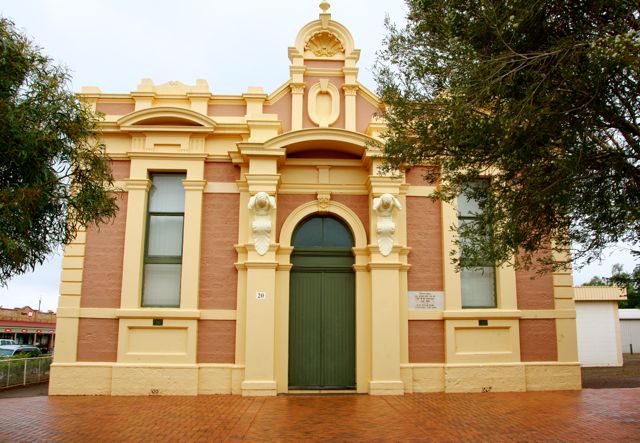 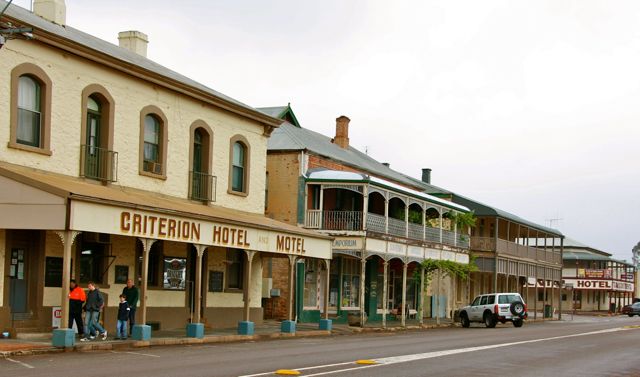 The second building is a shop called Quornucopia and it sold all sorts of interesting items but best of all was its book collection. I bought a book there for my grandson. 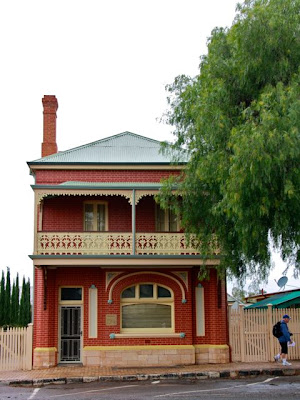 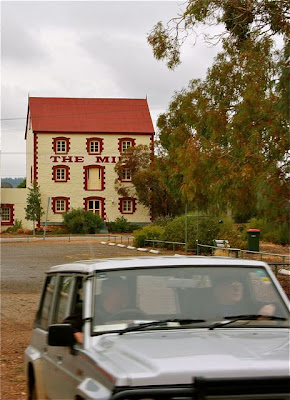 Lovely house and the old Mill. 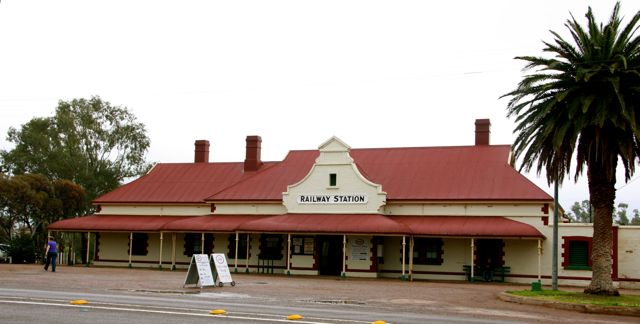 We found a lovely old fashioned country cafe for lunch and then returned to the station to catch the histioric Afghan Express back to Port Augusta. 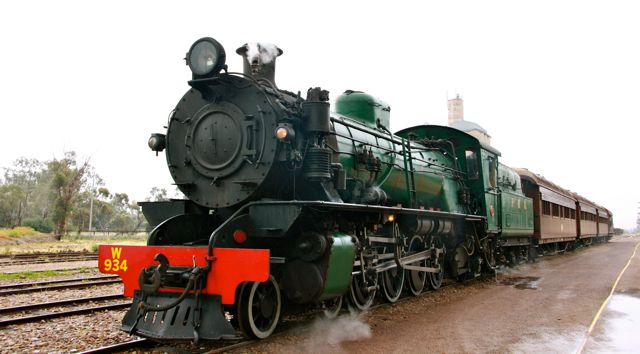 The volunteer train buffs had to take the engine off and take it to the other end of the train so as to travel back in the opposite direction. 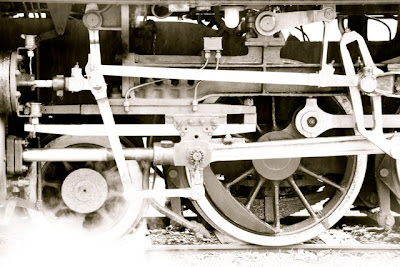 While Bill enjoyed watching all the huffing and puffing of the engine and it connecting with the train, I enjoyed taking arty farty fotos and................ 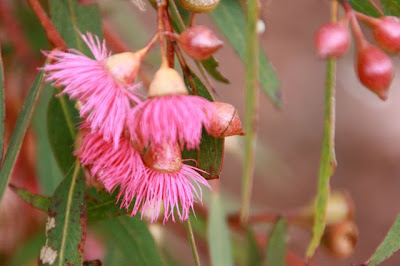 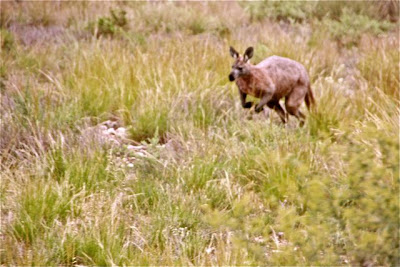 During the trip back we saw a kangaroo spooked by the train and was madly trying to hop away. 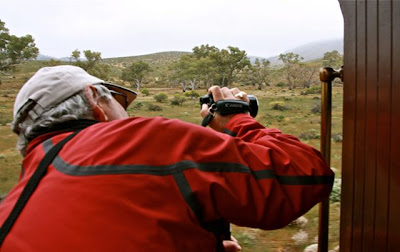