I am trying to get rid of kilos that I have put on from the last holiday and two Christmas dinners, so I have been walking every morning but it hasn't made any difference yet. However, some of the walks have been interesting. Most mornings I walk on my own to the forest then around the ring road and then home again. This takes about an hour. On Saturdays I drive to the forest and walk with two friends and we go deeper  into the forest, where it is shady and pretty. We walk for about an hour, taking different tracks each time. 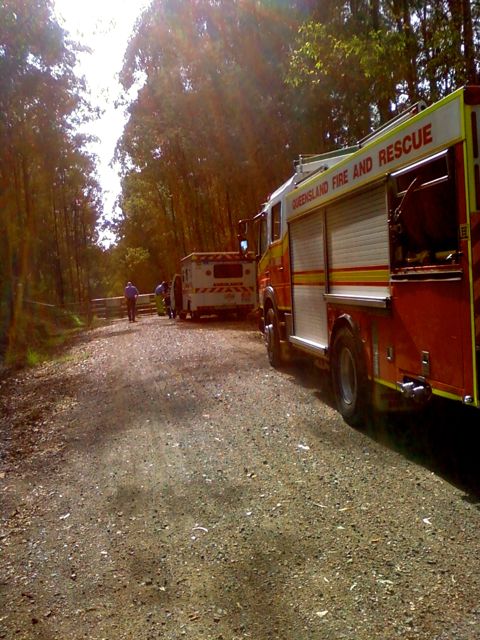 A lot of mountain bike riders use the tracks too. On our last walk we came across a rider who was in a heap on the ground and his bike was dangling from a wire fence some way from the track. The skin was missing from one side of his face and his jaw was agape as if it was broken. Luckily a group of bikers had found him just before us and they had called the ambulance and they stayed with him. Some of the riders go at crazy speeds and fly over crests. We always have to listen out for them coming and get out of the way but most do the right thing and slow down and give us a warning. The rules are that bikes give way to pedestrians and horses.
We continued walking towards the gate exit and expected to see an ambulance coming but none did. We walked for another 30 mins before reaching the gate where we saw the ambulance and a fire truck. The gate was locked with a padlock. The firemen were trying to cut off the lock. 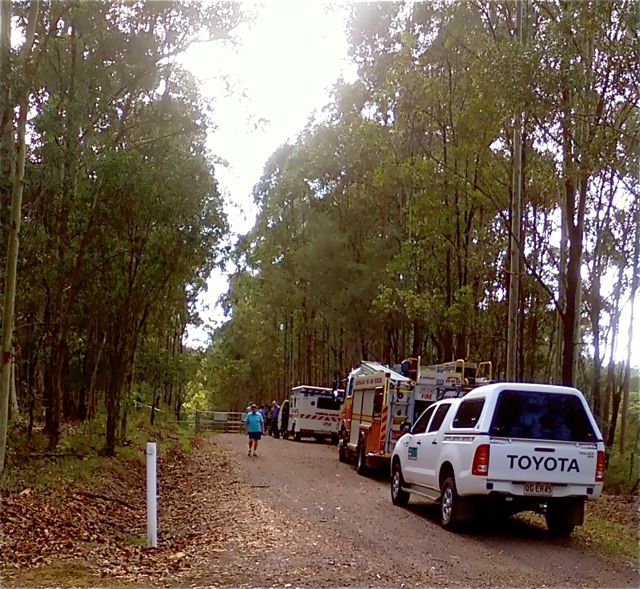 Finally a forest ranger turned up with a key.(There were no rangers on duty as it was 7:00 am)  As we passed, I heard the ranger chastise the ambos and fireries for not having a key. She said that Logan City emergency services all should have a key. They then told her that they were from Brisbane not Logan (They are adjoining cities and we were close to the city boundaries.) What a stuff up!! I kept thinking of that poor guy lying there injured and suffering from shock. Anyway the gate opened and off they went and we returned to the car park and home. 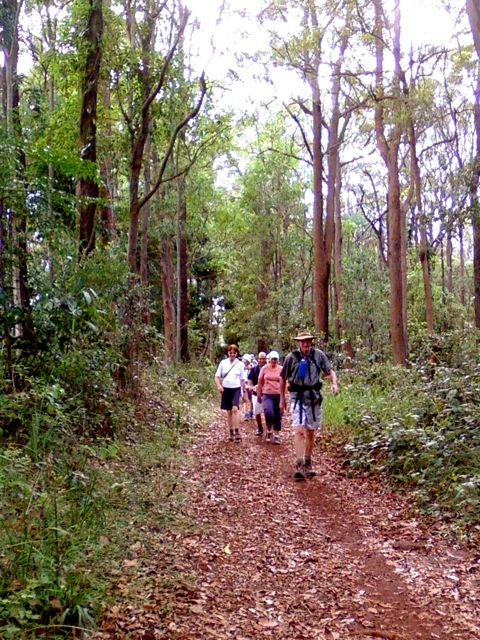 Every Thursday the Logan U3A bushwalking group walk in the forest. I usually play tennis and can't join them. However, tennis is not on during the school holidays, so I could join the walkers today. Wow, what a walk. These guys are not faint hearted they hiked along at a cracking pace. We took a track that I have never been on and it was very hilly and scenic, almost a rainforest in some places. The track was narrow, windy and steep but on the return walk we came via the wider track as seen above. We hiked for two hours at pace. I loved it but I was tuckered out when I got home.