A LITTLE BIT OF SOUTH AUSTRALIA

After we completed our tour in Western Australia we  flew to Adelaide the capital of South Australia. We were still accompanied by our friends, Helen and Paul and we met our other friends, Ann and George at the Mercure Hotel. 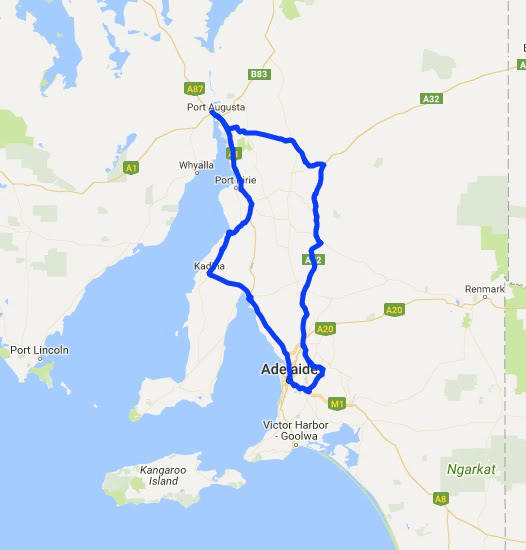 The next morning we picked up a hire car big enough to fit all six of us and the luggage. Then we set off for Port Augusta at the tip of Spencer Gulf. We made a few stops on the way... you guessed it... for coffee and sight seeing. It was another dull day. 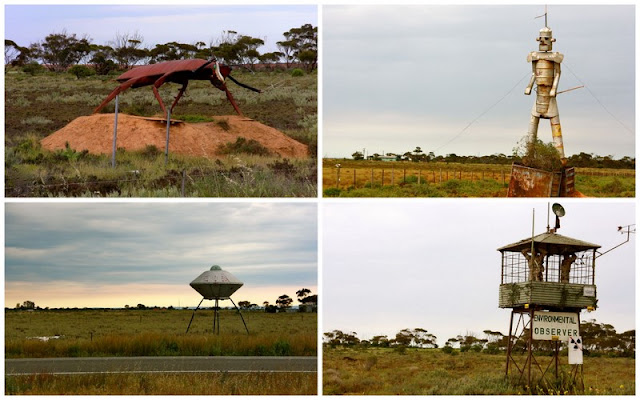 As we drove out of the city heading north through farm land we passed a collection of sculptures there were many more than I have shown here. They were made of recycled scrap metal. I wasn't that taken by them and thought they looked a bit like junk. However, after researching them I found out that is what they are .....recycled junk. They are called the Protest Sculptures and they were created by a local farmer, Steve Jones in 1998 in protest against a proposed landfill dump to be created close to the small town of Dublin. Steve's friends got together in a shed with a welder and produced a cockroach, fly and rat first to show what a dump would attract but then they continued to make a variety of sculptures to encourage recycling. Today 14 years later they stand as silent sentinels for conservation. (mmmm I'm not so sure that they don't look like a rubbish dump.) Unfortunately their protest was unsuccessful. 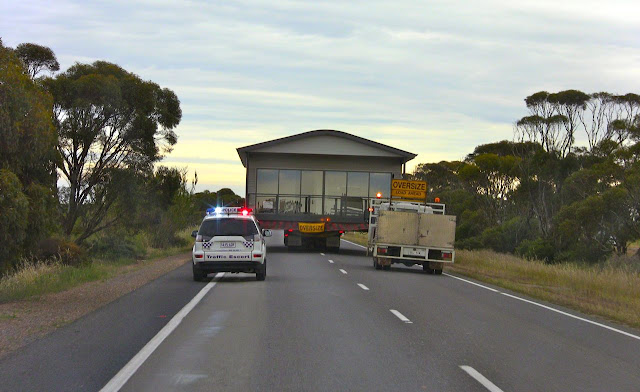 We drove on and found a house in the middle of the road being transported elsewhere. 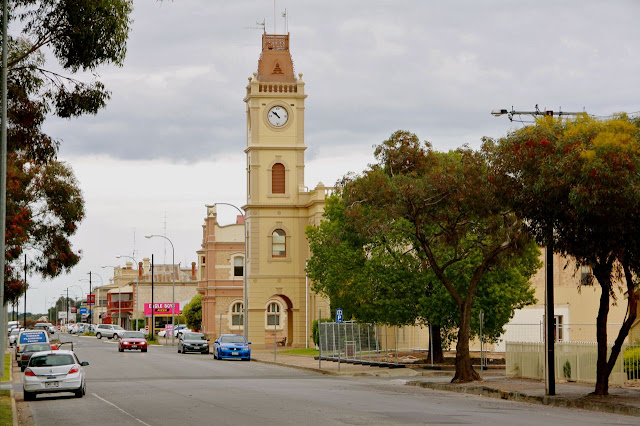 Then we arrived in the lovely town of Kadina. Established in 1878 as a copper mining town. It was settled by miners from Cornwall in England. Mining ceased in 1938. 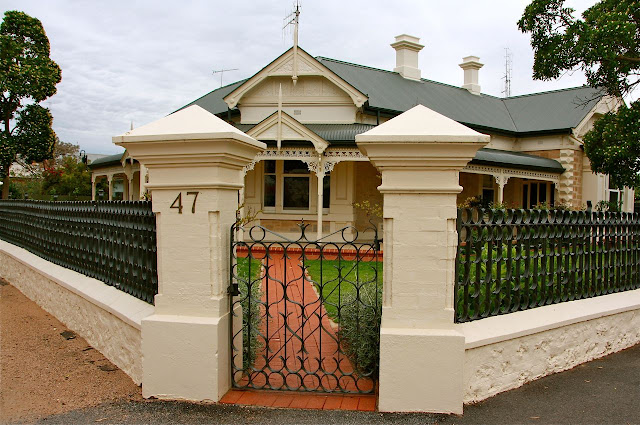 There are many colonial and federation style buildings. 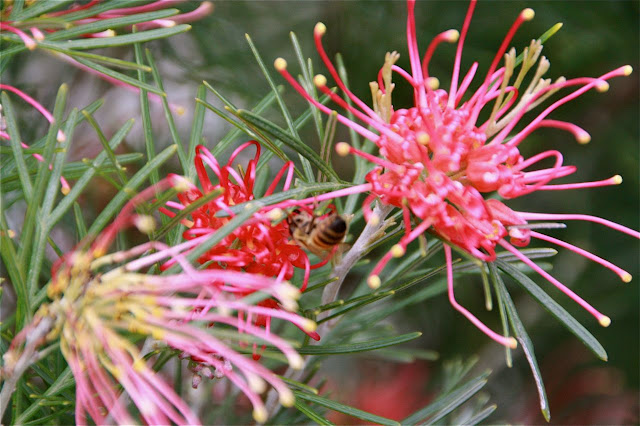 South Australia has beautiful wild flowers too.
Posted by diane b