Just in case you haven't realised already from reading my blog, I must tell you that Bill loves trains. When we did the Lake Eyre Tour in South Australia in 2010 our tour guide told us about the historic Pichi Richi Railway which goes between Pt Augusta and Quorn. We saw books and pictures of it and decided we would go back and travel on it one day. So our friend Ann who organised this trip booked up for us to do the train trip.  First I will explain a little about the rail line.
The Ghan Train runs right through the centre of Australia from Adelaide in the south to Darwin in the north. It was called The Afghan Express and then shortened to 'The Ghan" in memory of the Afghan and Indian cameleers who used to travel in caravans along this route before the rail line was built. 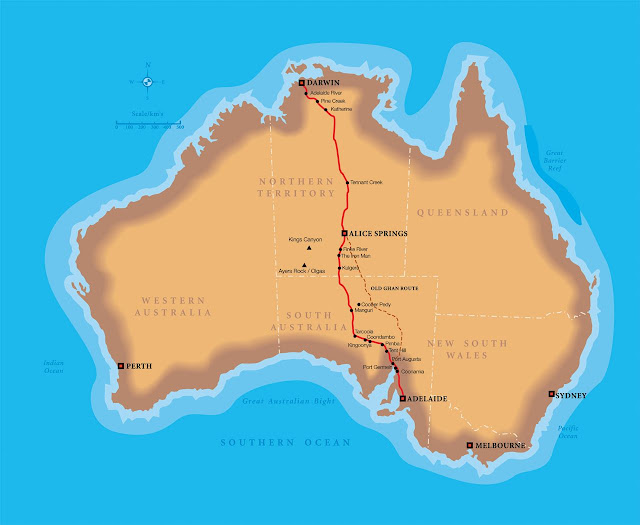 The line commenced in Port Augusta in 1876 but didn't reach Alice Springs until 1929. The second stage to Darwin wasn't started until 2001 and was completed in 2004.   In 1956  the line was moved to the west a few hundred miles to avoid the continual washouts in the wet season. 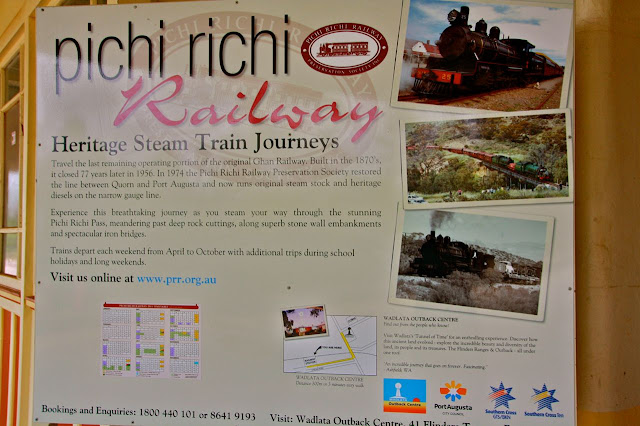 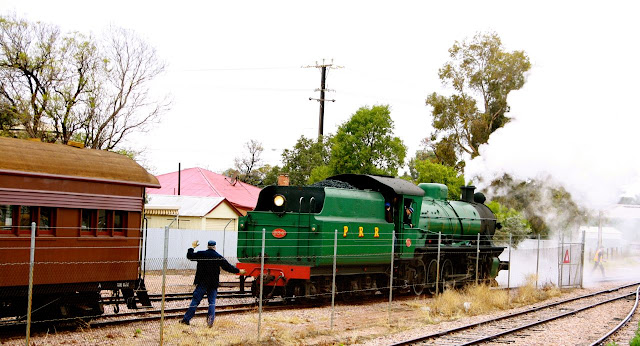 We arrived early at the station and watched the volunteers get the train out of its shed and put together for our ride. 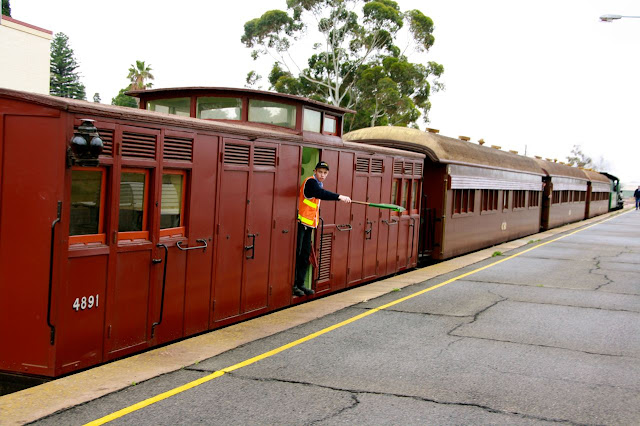 It comes in backwards. 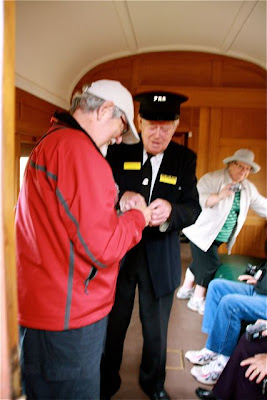 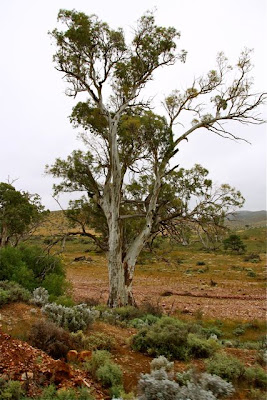 Bill gets his ticket checked by
a volunteer. 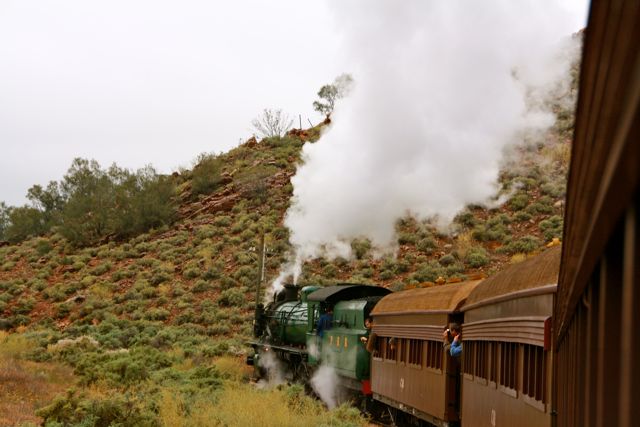 It was fun hanging out from the veranda taking shots until I got soot in my eye. 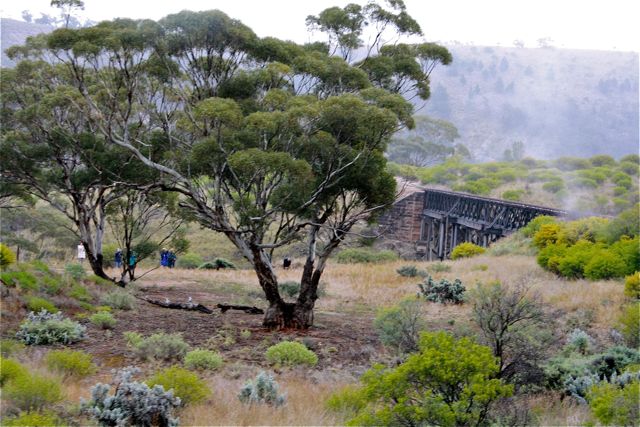 We went over an old iron bridge and tourists in cars stopped to take photos of the historic train. 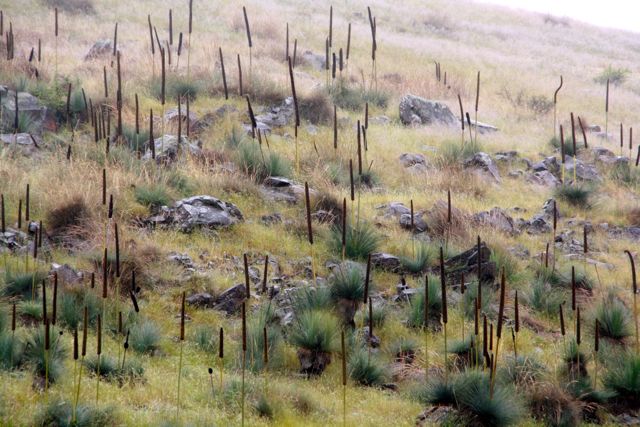 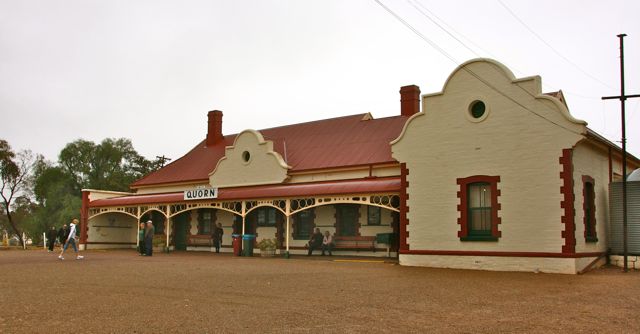 After 2 hours of fun we arrived at Quorn, a beautiful little town that I will show in the next post.
Posted by diane b