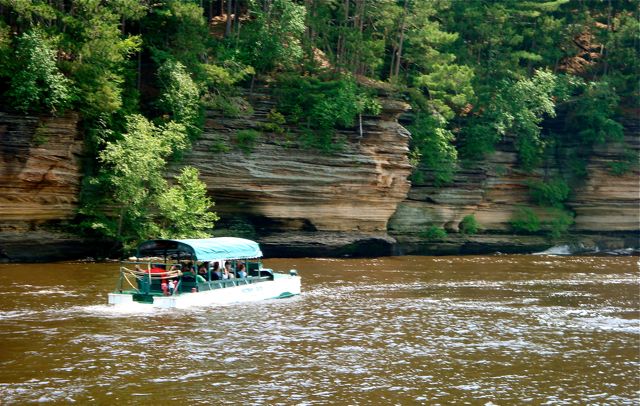 Many old army ducks were bought and converted into a tourist attraction, in which we partook. 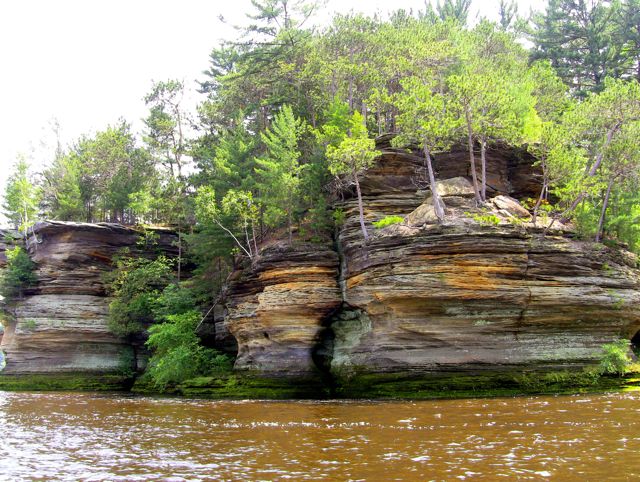 The gorge is lined with striking sandstone formations. 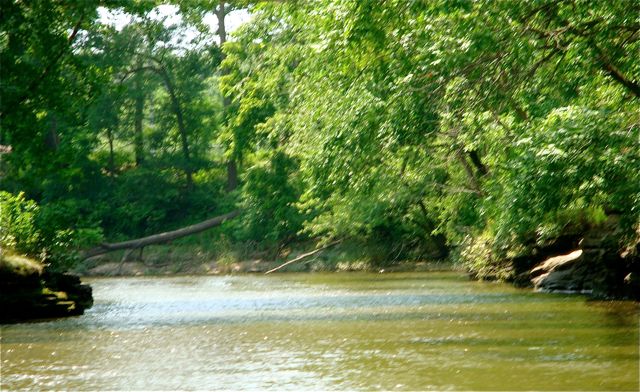 We sailed down the Wisconsin River which has a 'rich amber hue' according to the brochure. It looked muddy as a result of the river beginning in the Tamarack Swamps. 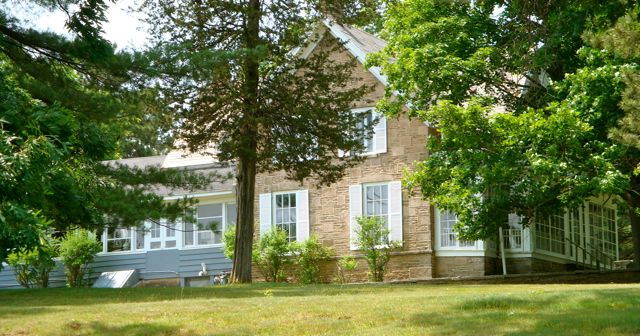 We passed Dawn Manor on the banks of the man made Lake Delton. The manor was built in 1855 by Captain Vanderpool a friend of Abraham Lincoln. The last owner was the wealthy Helen Raab, who filled it with art treasures from around the world. 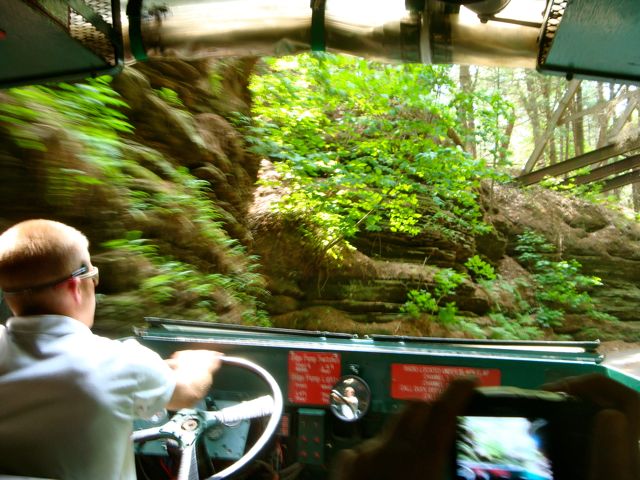 Then the duck leapt out of the water and climbed over hills for panoramic views of the lake and then it plunged into the depths of the ferny Red Bird Gorge. It was a fun ride and the young college student driver/guide was humorous and informative.

Unfortunately this was the only attractive part of Wisconsin Dells. It is a popular midwestern tourist destination and "The water park capital of the world" and I believe it. As we entered the town there was just one water park after another lining the streets and one tacky resort after another. The town strip was lined with T-shirt and Fudge shops one after the other. We couldn't find a decent cafe for lunch (even though there must have been some in such a big tourist town) so we bought a healthy sandwich from a supermarket and then couldn't find a park to sit in and so we sat on the grassy footpath under a tree. We felt this was poor organisation on the part of our tour company.
The town was so tacky that I didn't take any photos. ( This is only my opinion)
Early in the morning we left Chicago and headed towards Minneapolis and St Paul. We stopped at Wisconsin Dells for lunch and a Duck ride. The Dells is a scenic, glacially formed gorge. Dells is derived from a french word meaning slabs probably describing the rocks.
Posted by diane b