Ever since I read Geographic Magazine articles and saw TV docos on Yellowstone, I have always dreamed of visiting it one day. I was excited when we left Cody for the Northern Entrance to the park. 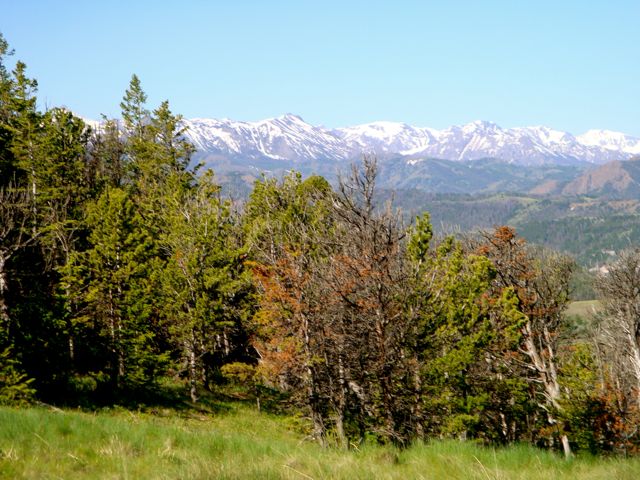 We had a rest stop here at Dead Indian Bluff. I took this shot waiting outside the restroom. It must be the " loo with the best view." 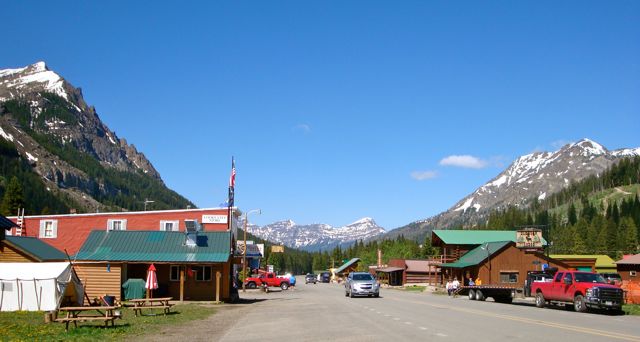 Next rest stop was in Cooke City, which is really a quaint western small town just outside the border of the Yellowstone N.P. and yet it has not developed into a tourist town (yet). Our guide said it is because the northern entrance isn't as popular as the others. Our guide prefers it as it is a scenic route through the mountains. After entering the park we drove for miles until we came to Mammoth Hot Springs. The Park is 3,468 square miles /8,983 square km. It was the first National Park in the world established in 1872. (The second one was The Royal N.P. in Sydney in 1879) 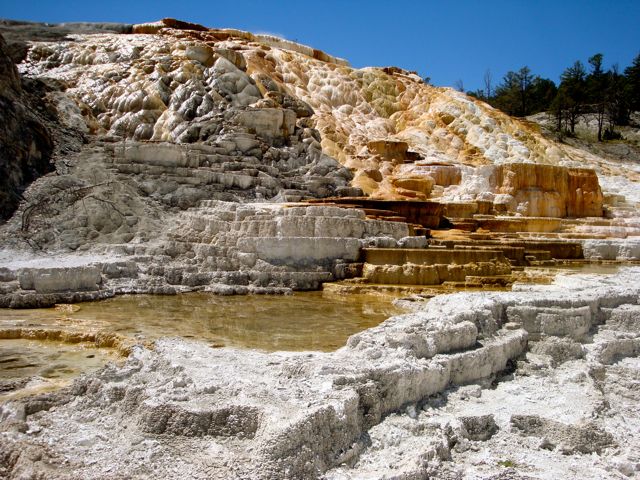 The Mammoth Hot Springs are terraces of calcium carbonate filled with boiling water, which...... 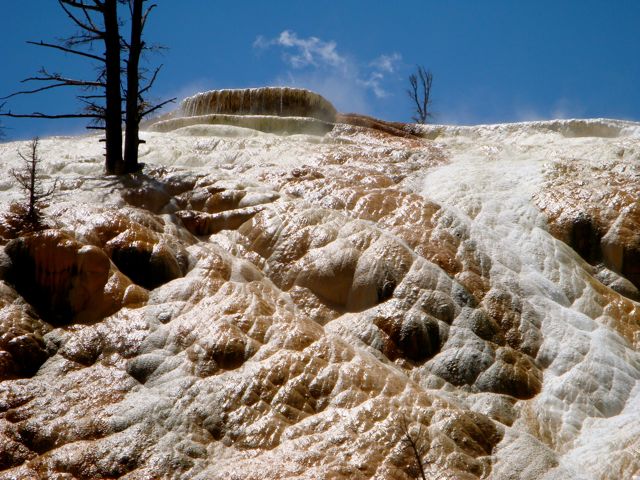 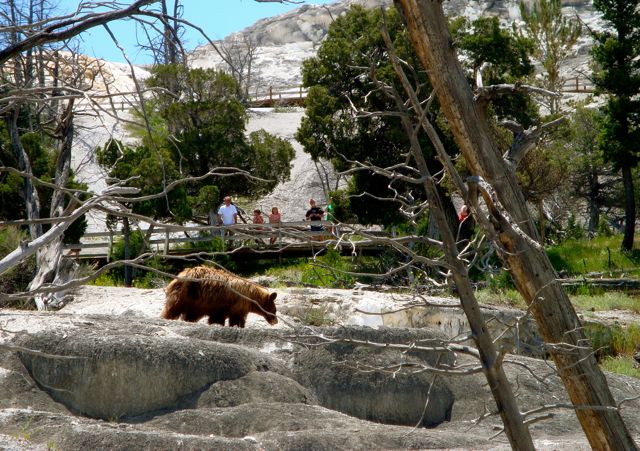 While we were there we saw 2 bears, a black bear and this grizzly bear. I missed capturing the black bear as I was way up on top of the springs but it walked within a few metres of Bill , who didn't think to move to a safer spot, instead he lifted his video camera and started shooting. On this same day a hiker in the back blocks was attacked and killed by a grizzly bear, which had a cub.
After lunch we drove on to the Lower Falls in the Yellowstone River Canyon. It was awe inspiring. 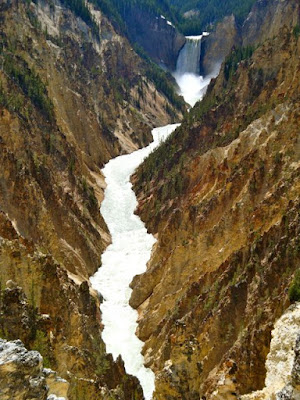 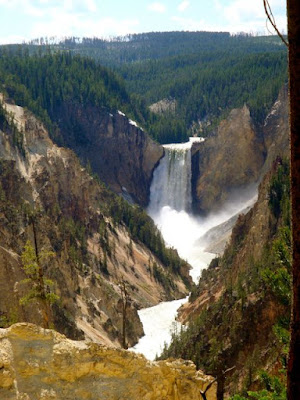 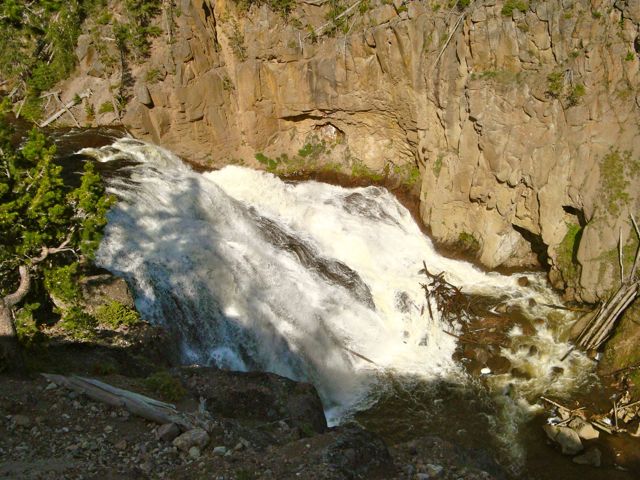 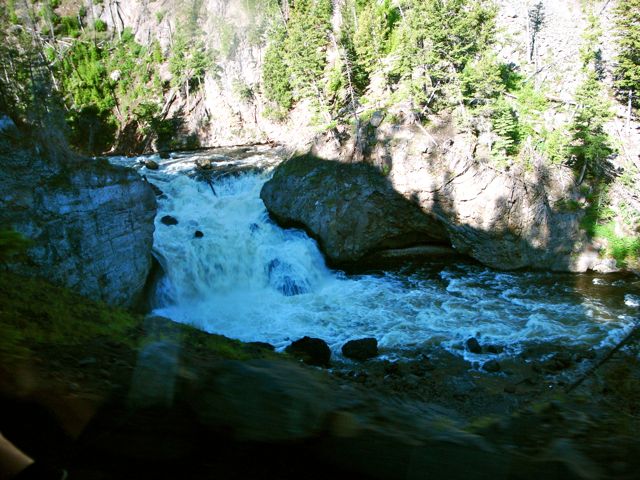 the Gibbon Falls before leaving the park through the western gate and going to our hotel at West Yellowstone. The next day we would return to see more exotic scenery in this part of the world where the ecosystem hasn't altered much since it was discovered.
Posted by diane b