We left the Badlands of South Dakota and drove to the tiny town of Wall on highway 90 where the bus stopped at the famous Wall Drug Store. It is a huge collection of stores, like a mall, but all owned and operated by the same family, Husteads. It is geared solely for tourists. A tourist mecca or tourist trap whichever you prefer. However, it has a fascinating history. In 1931 Ted (pharmacist ) and Dorothy (teacher)  Hustead and baby bought a small drug store in Wall in the middle of nowhere but not far from Mt Rushmore. They planned to give it a go for 5 years. Business was bad for for 4 years then Dorothy hit on the idea of advertising free iced water. They erected billboards all along the highway. Hot and thirsty travellers visiting Mt Rushmore started to stop for a drink and later coffee for 5cents. The store grew and grew. Today they can get up to twenty thousand people on a hot summer's day. They still have free iced water and coffee for 5 cents.There are billboards all over the country and the world as a gimmick advertising free iced water at Wall Drug. I did't take many pics as once again I thought it was all a bit tacky. 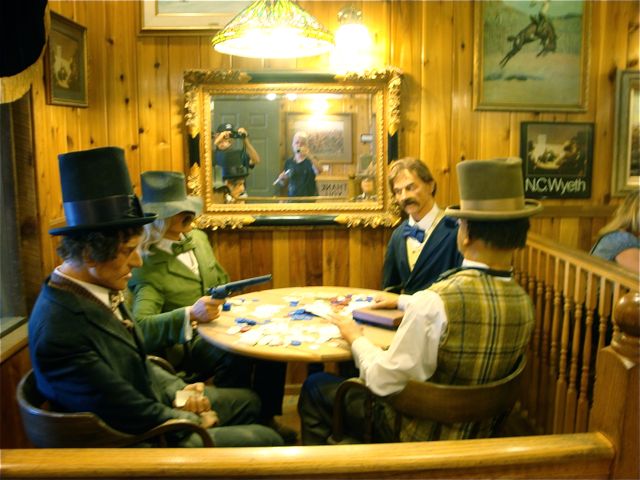 There were shops of all kinds and a 500 seat restaurant. We were more interested in the museum pieces.The poker players are mannequins not real people. 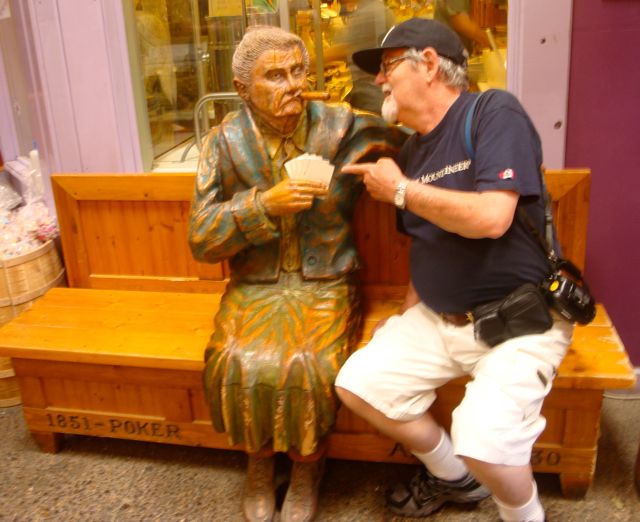 Bill is giving the old girl a few tips.
After lunch we headed towards the Black Hills National Forest and Mount Rushmore. 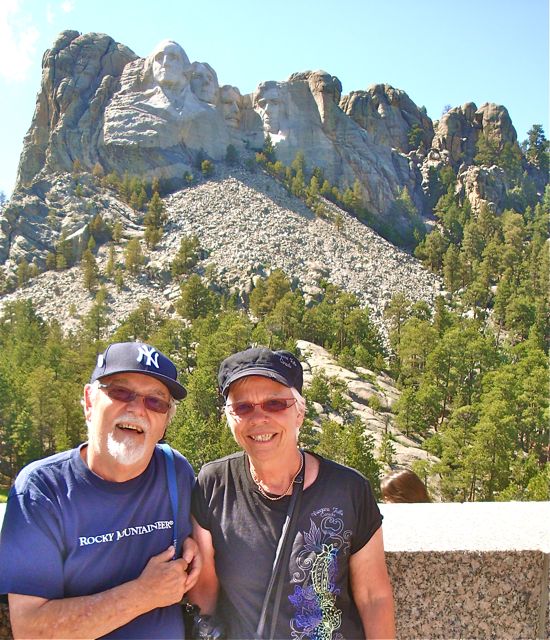 Wow we have seen this on the movies and in magazines but here we are visiting the real thing. 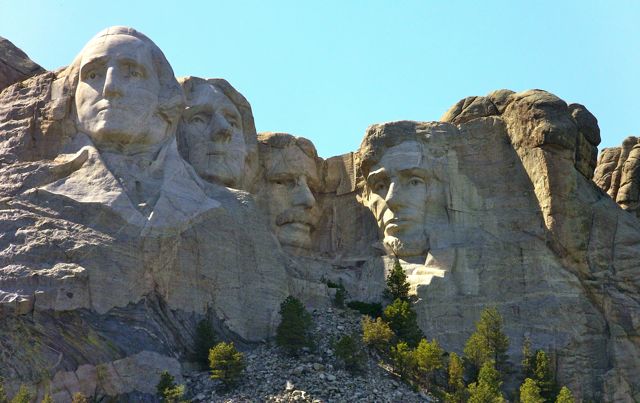 Started in 1927 and finished in 1941, the heads of Presidents Washington, Jefferson, Roosefelt and Lincoln were carved out of the granite mountain by Gutzon Borglum. He had many arguments and problems getting funding from the government. The information centre was excellent.
Not far away an even bigger mountain carving is in progress. 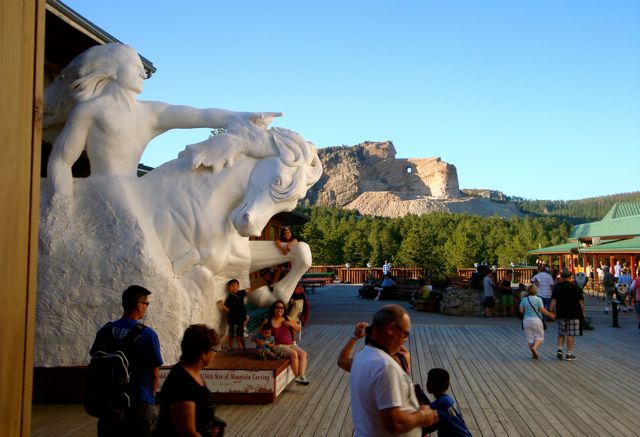 Crazy Horse Memorial was started in 1948 by sculptor Korczaca after Chief Standing Bear said to him, "My fellow chiefs and I would like the white man to know the red man has heroes also."  Here is a model of the carving of Crazy Horse which is being carved in the mountain in the background one mile away. It will be 563ft high and 641 ft long. 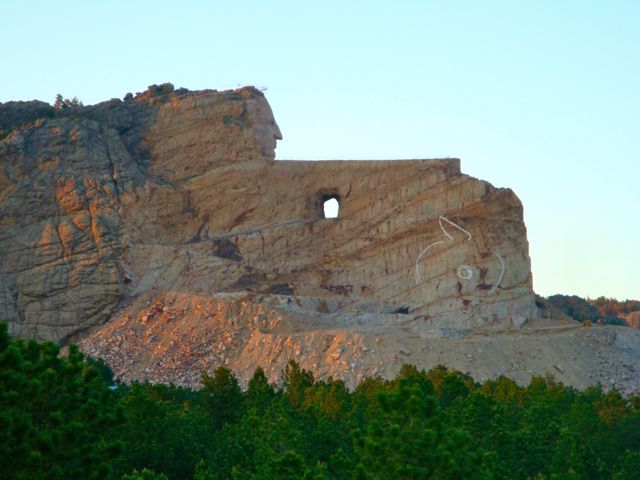 Korczak started work when he was forty with $178. He  knew the huge project would take longer than his lifetime so he left plans and instructions for his family to continue, which they have. They have never used tax payers money. Money is raised by visitors to the magnificent information centre and Indian Museum and I am pleased to say it is not one bit tacky. The story of the family's struggle to get this Memorial finished is remarkable. 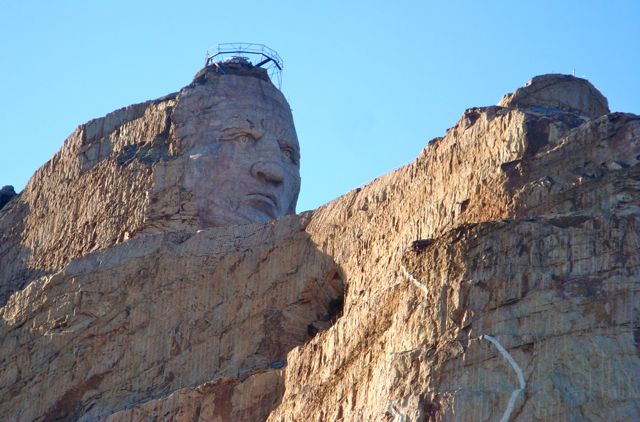 Crazy Horse was born on Rapid Creek SD about 1842. He was stabbed in the back by an American soldier. Crazy Horse defended his people after many treaties and promises had been broken and his people and their way of life was destroyed. The sculpture shows Crazy Horse pointing in answer to a question he was asked by a white man, "Where are your lands now?" He answered," My lands are where my dead lie buried." 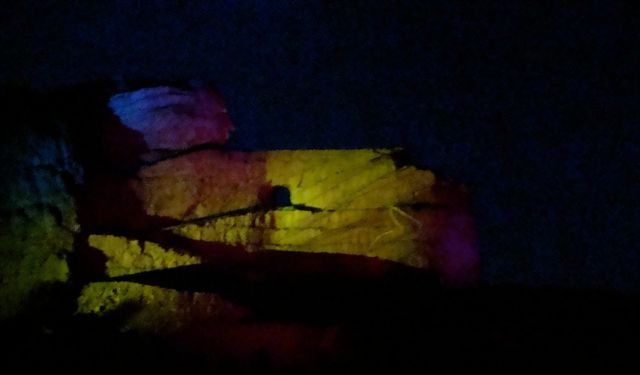 We stayed for the night light show but my photos didn't turn out. 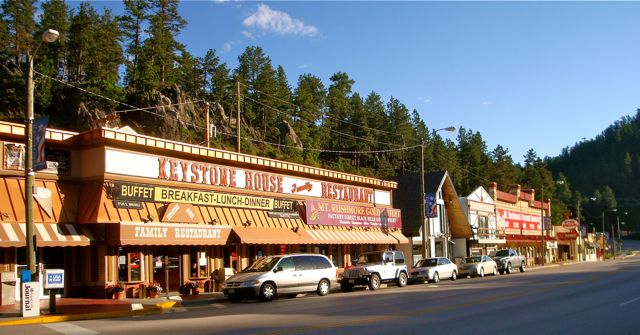 We stayed overnight at Keystone a little western town just south of Rapid City.  Its 130 year old boardwalk is still being used as a sidewalk.
Posted by diane b