Our bus tour continued from Niagara to Detroit. Unfortunately, Detroit is a run down city with many empty houses in a state of disrepair. We stayed out of town in a very nice hotel and we were advised not to go out at night. 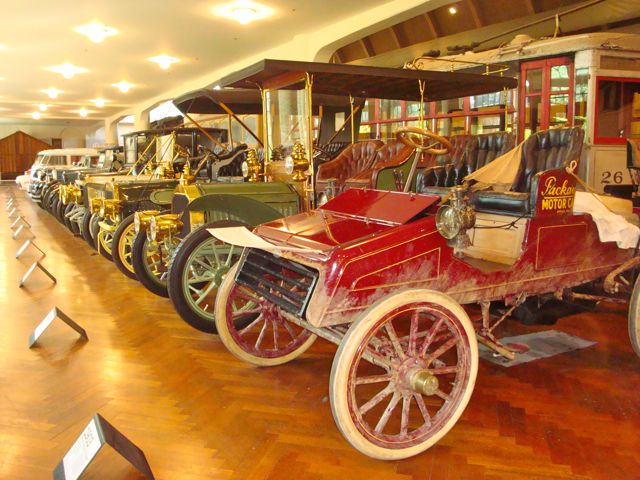 The next morning we visited the Henry Ford Museum. It is a huge building covering 12 acres and it "is filled with history that tells the stories of men and women whose vision and courage changed the world." 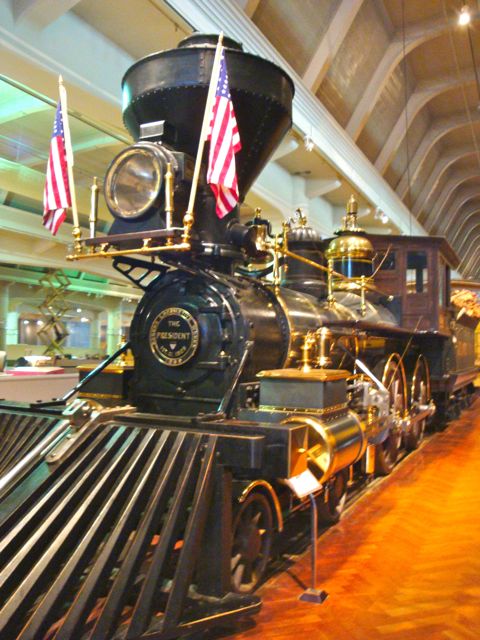 There were exhibits of automobiles, trains, aeroplanes, furniture, agriculture and American History. It was an excellent museum. After a few hours there we were on the bus for Chicago. 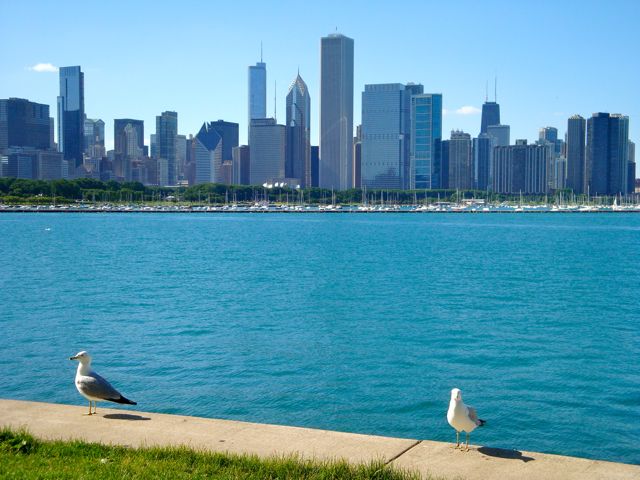 It is the most beautiful city to enter. There are many parks and a museum campus situated in parklands. We had a photo stop before we entered the city. I didn't realise that Chicago spreads out along the shore of Lake Michigan for 30 miles. 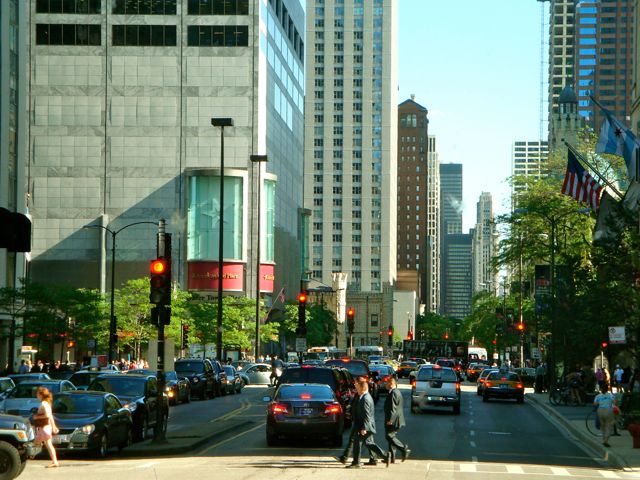 Once in the city it is clean, green and alive with people. Michigan Avenue is similar to 5th Avenue in NYC. 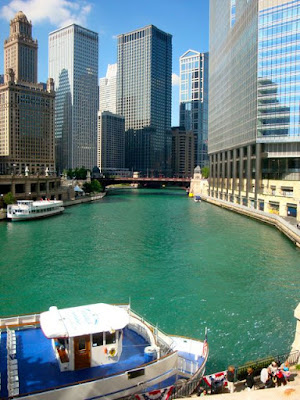 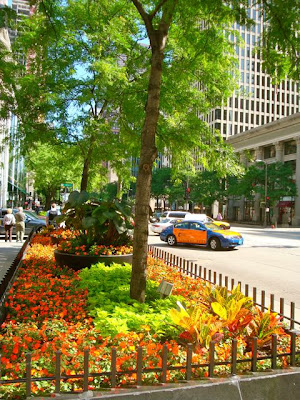 The river winds through the city. We went on a river and lake cruise on this boat. 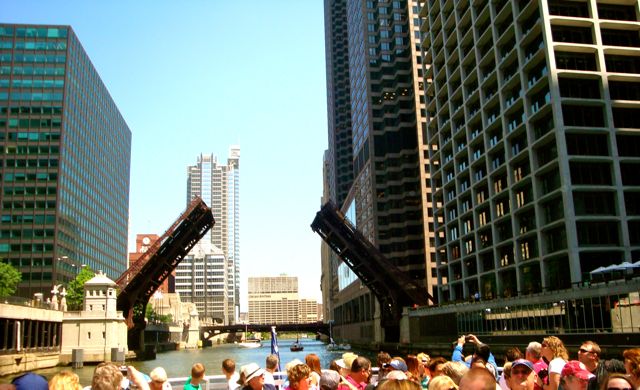 The river is crossed by many bascule bridges ( opening bridges using a counterweight system). Chicago is famous for its bascule bridges, the design was copied in other parts of the world but Chicago boasts of having more than any other city in the world. There are about 40 of them. 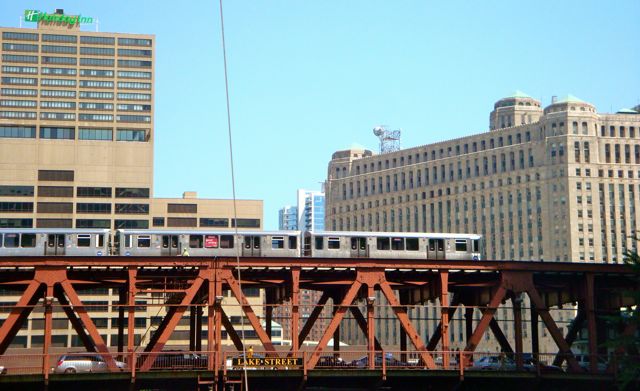 This is a double decker one, trains on top and cars beneath. 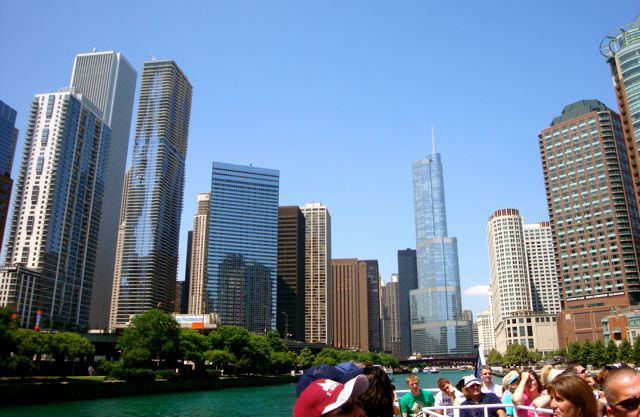 Our local guide told us all about each building that we passed but I can't remember much. (Information overload) However, I was impressed with the tower on the left with an irregular blue pattern down the side. The architect was a woman and she won the prize for the best designed building in the year that it was built. It is hard to see in the photo but it had an irregular textured type of pattern on all sides. 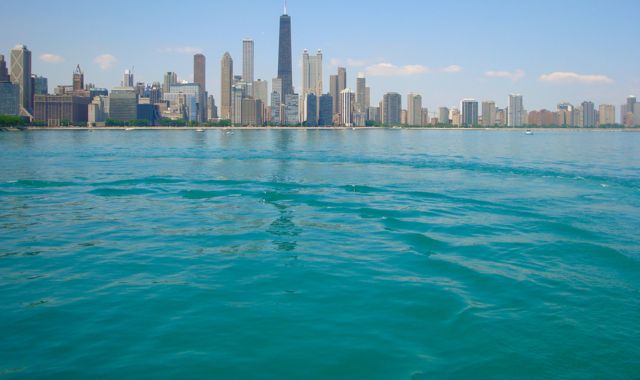 Our boat took us through a lock into Lake Michigan. It was a beautiful colour and hard to believe that it can sometimes freeze in winter.
Posted by diane b