After Minneapolis we continued our bus tour to Pierre (pronounced Pier), the capital of South Dakota. We travelled through miles and miles of green fields of corn and grain it was very pretty. 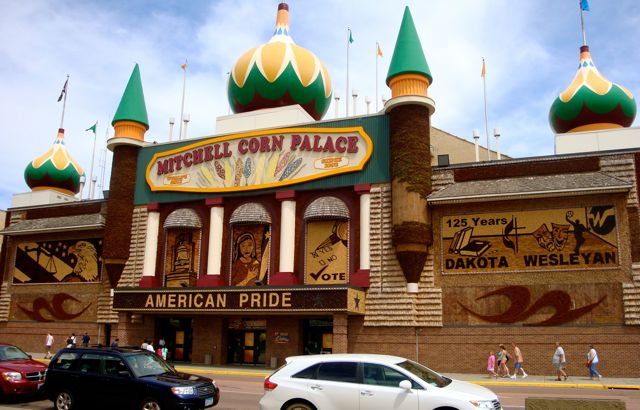 We stopped in the prairie town of Mitchell, to see the fascinating, folk art, Corn Palace. In 1892 the first Corn Palace was built and the early settlers displayed their agricultural bounty on the building's walls to attract immigrant farmers to settle here. Each fall a festival was held to celebrate their productivity. Over 100 years later the tradition remains. Each picture on the walls is made from corn cobs sawn in half. Only natural colours are used but other grains such as rye, oats and sour dock are also used. 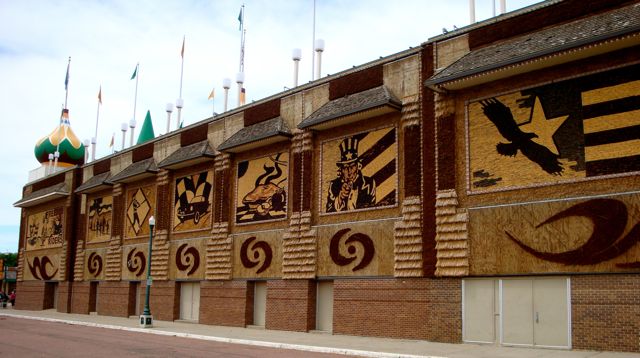 The sides of the building are also covered with corn cob murals. Each summer new murals are created. They are still working on the panels under the pictures. The background is not complete. 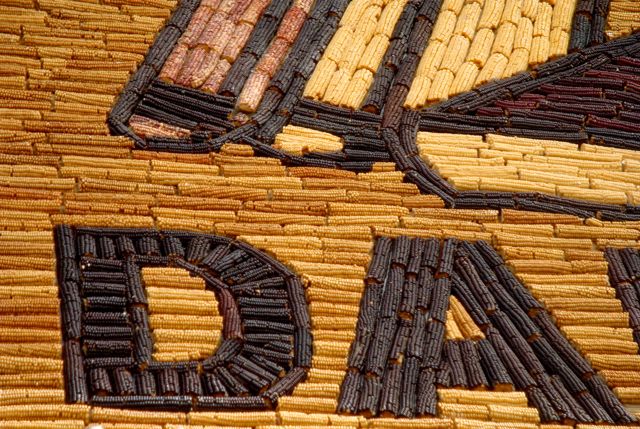 I was blown away with the different colours of the corn and the intricacy of the pictures. 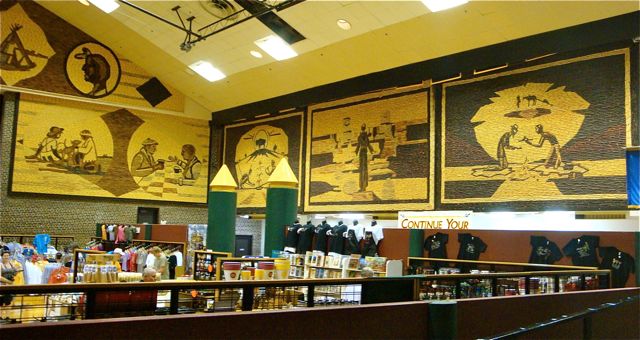 Even inside the walls are adorned with more of this amazing folk art. The building is used for  Basket Ball and entertainment as well as the tourist gift shop. Unbelievable merchandise made from corn.
Then it was time to push on. As the rolling green prairies stretched for miles the tour guide played a documentary DVD about the Lewis and Clark Expedition.  Two explorers who walked across the continent looking for a water way to access Asia. Jefferson also wanted them to study plants and animals and the Indians. 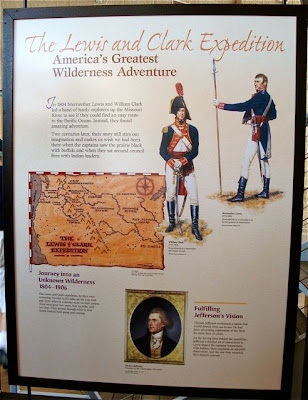 Our next stop was at Chamberlain Visitor Centre built on the site where Lewis and Clark made camp by the Missouri River. It was a museum as well. 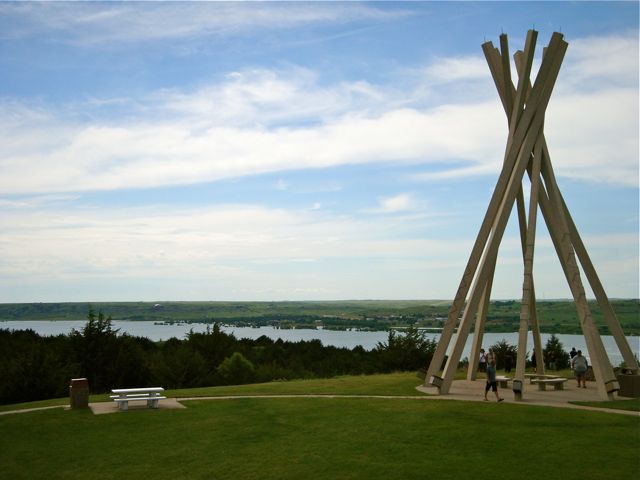 These prairies were the home of the Sioux Indians and this sculpture in the picnic grounds represents an Indian tepee. 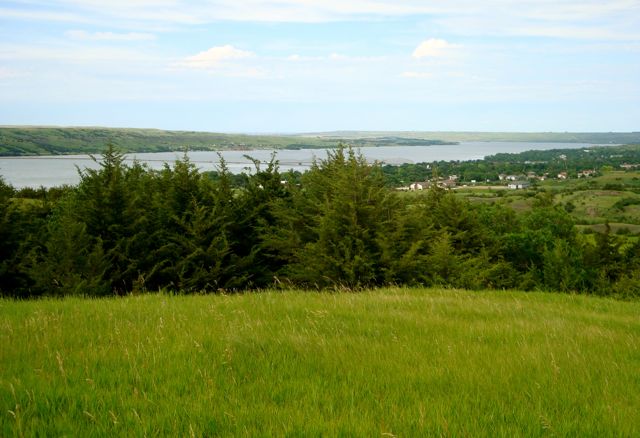 The site of Lewis and Clark's camp and the Missouri R. There was a sign here saying beware of poisonous snakes. 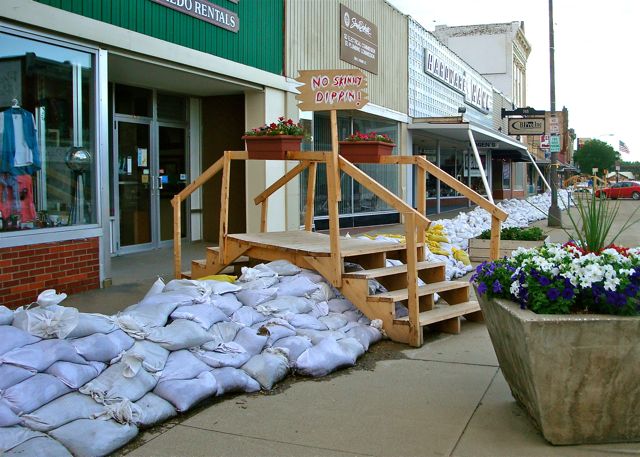 After another ride through the prairies we came to Pierre for our overnight stay. Not long before, the town had been threatened with floods. Luckily the sand bags worked. We were intrigued by the little access bridges with flower planters on them and the sign saying "No Skinny Dippin". We found a super Italian Restaurant for a delicious meal.
Posted by diane b