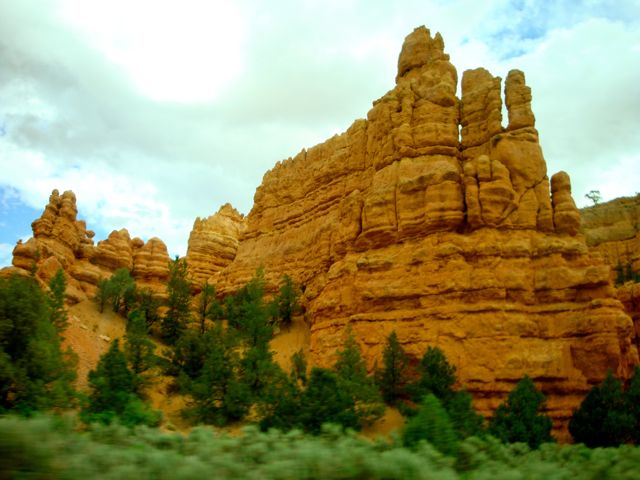 It was a grey day and the orange rock formations looked fascinating against the dark sky. 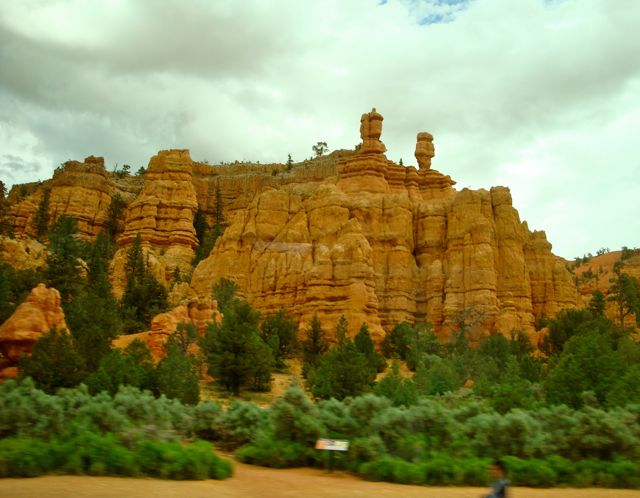 These two pinnacles are known as the Salt and Pepper Shakers. (The two shots above were taken from the moving bus) 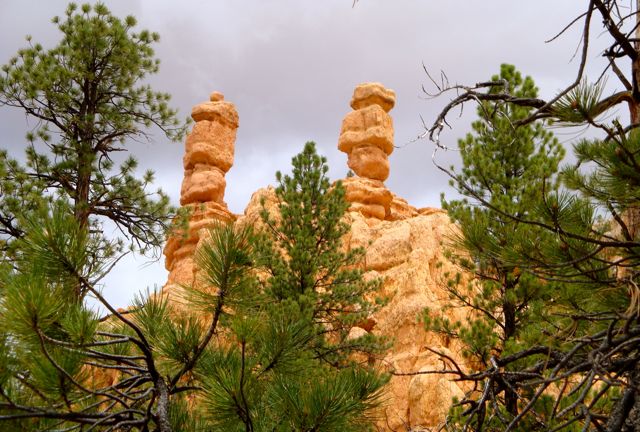 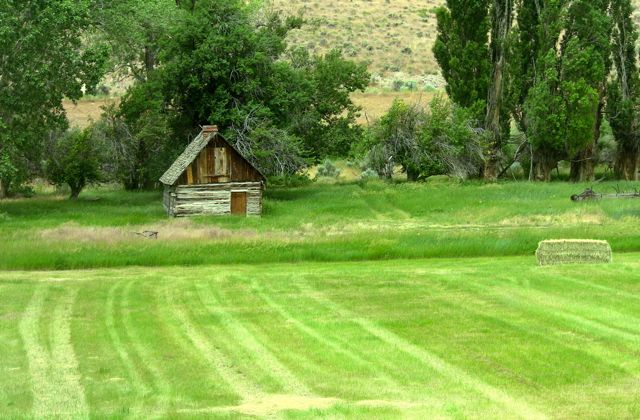 We continued on through the Sevier Canyon and passed Butch Cassidy's house near Centreville. We drove on through the Dixie National Forest and the Red Canyon before pulling in for lunch. We were really in the Cowboy and Indian country. 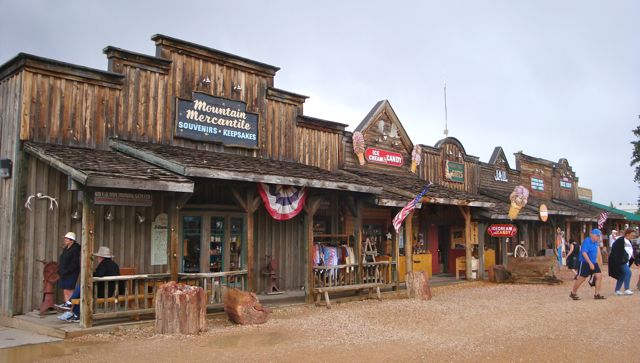 For lunch we stopped at Ruby's Inn. There were shops and a resort set up like a wild west town. 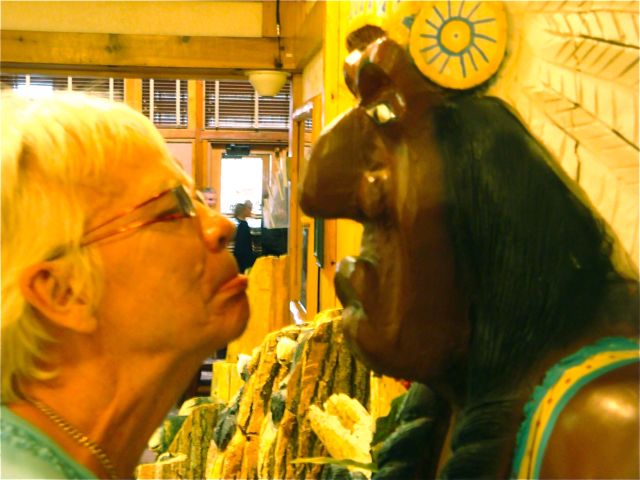 After lunch I had a Pow Wow with the chief. 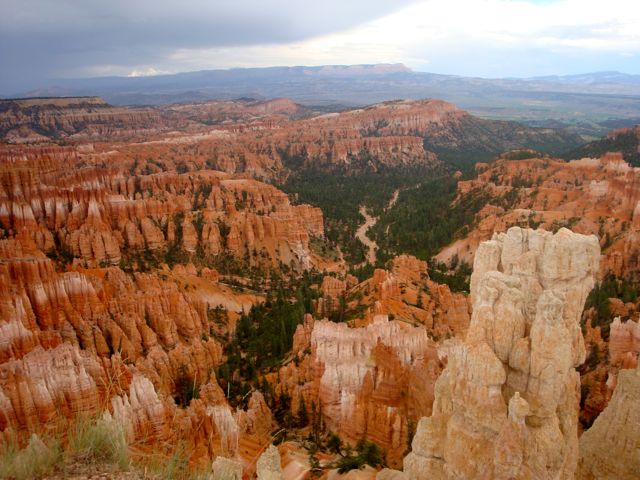 When we arrived at Bryce Canyon it was windy and raining. Unfortunately, our planned walk around the rim from Inspiration Point to Sunset Point was cancelled. 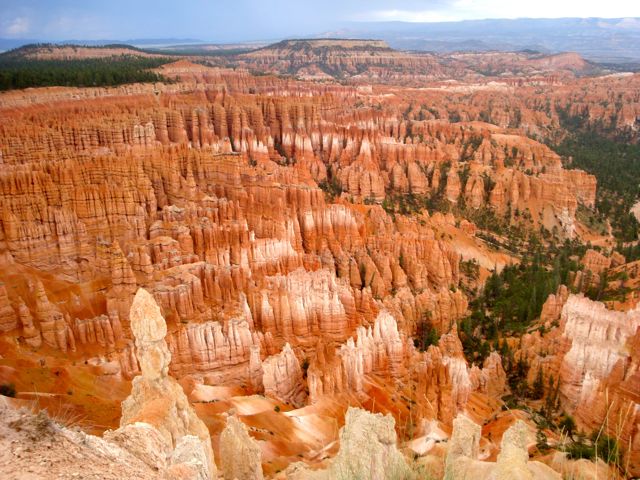 However, the bus dropped us at both lookouts. 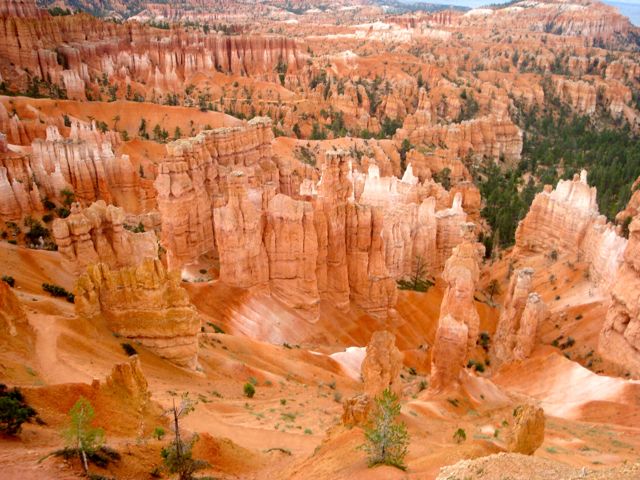 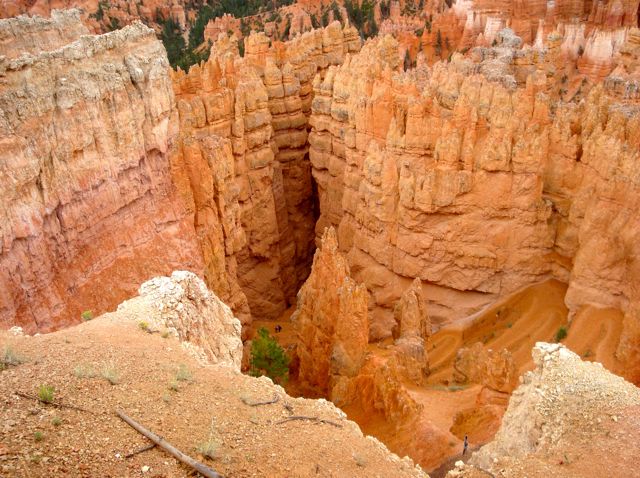 There were walking tracks going down to the floor of the canyon. See the two black dots down on the floor they are people. It just gives you an idea of the size of these cliffs. I would have loved to have had time to walk down there, not so sure about coming back up though.
Posted by diane b