After Mt Rushmore we travelled west through Buffalo Bill country and then over the Bighorn Mountains to Cody.

Our first view of snow covered mountains through the bus window.

We climbed and climbed, higher and higher. We were told to drink sports drink to avoid altitude sickness. 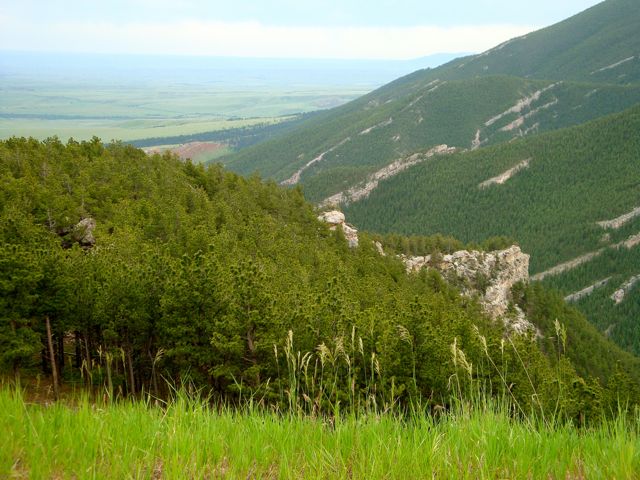 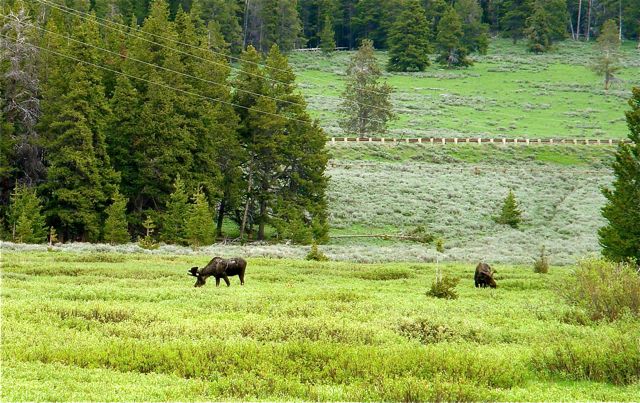 We started seeing wildlife, but it was very hard to capture from a moving bus. Elk, a wolf ( too blurry to add) and....... 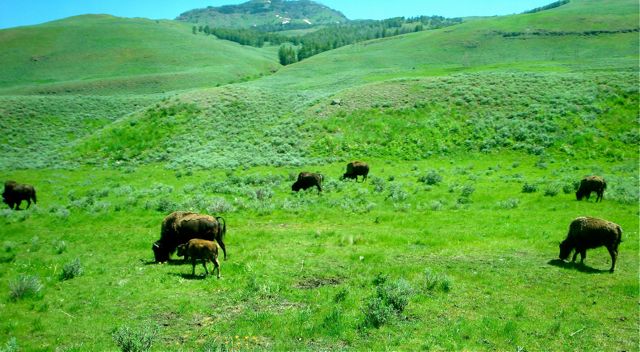 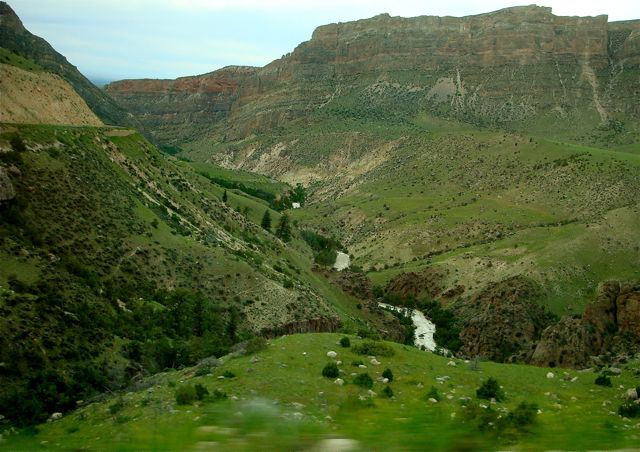 Then we followed this gorge to Cody. Where a few of us had opted to go rafting on the Shoshone River. 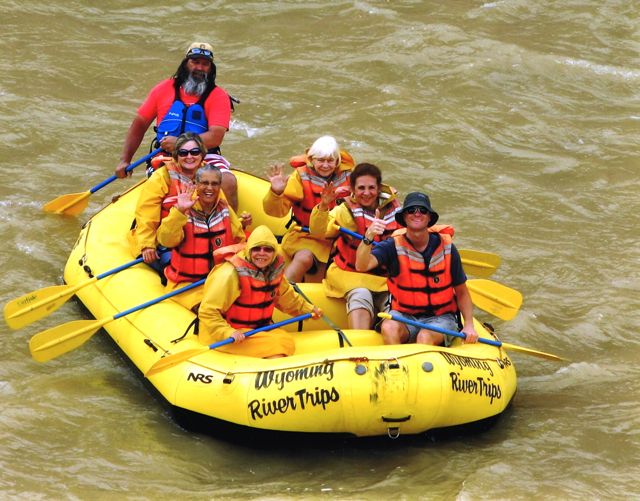 I was one of the mad ones to have a go. I ended up in the front because none of the others wanted to be there and I was the last one in, so there I am in the front looking like an idiot. I started getting nervous when the guide gave us the safety talk.
"Jam your feet under the side of the raft so you don't fall out."
"Grab onto the rope on the inside of the raft if you feel you are being tipped out"
"Grab onto the person next to you if they look like they are going to fall out" (Yeah, right. Look at the size of him but at least he said, "Don't worry I'll grab you."
"When you are outside the boat grab the rope on the side. If you can't reach it turn on your back and float. Keep your feet up so they don't get trapped in rocks. Try to get to the bank"
At this stage I felt like changing my mind but hey you only live once.
So off we went. We had to paddle when the guide said to, and stop when he said to, and backwards when he said to. It was gentle at first, where this photo was taken, and I thought this is a breeze. Suddenly, we were in the rapids and he yells, "Paddle." The waves splashed in my face and over my head. The raft leapt around, I jammed my feet as far under the side tube as I could, the water was in my eyes, I grabbed the centre rope with one hand and tried to paddle with the other. At last he says, "Stop". We bob down the river gently for a while and then more rapids and it happens all over again. After the first few roller coaster rides I started to enjoy it. We did this for five miles down the river. We were soaked. The force of the waves found the water going down the neck of my coat and up the bottom. Naturally, I didn't take my camera but Bill found some photos taken on the same river. Enjoy 36 sec video that Bill made. (By the way he was enjoying happy hour at the hotel while I was getting soaked rocketing down the river. 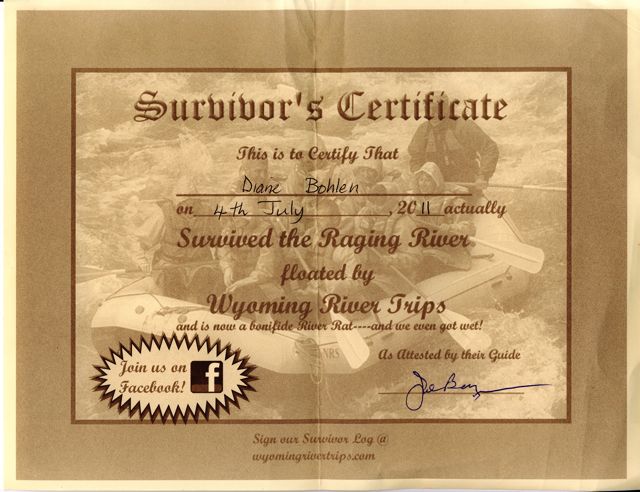 I was very proud of myself for having the guts to do this and on America's National Day too. There were fireworks in Cody that night but I was too tired to go. We had a beautiful trout meal instead.
Posted by diane b