We sailed through the night and woke up docked in Skagway. Bill is mad about trains, and after he saw a documentary on the White Pass Railway, it has been on his bucket list ever since. So when we were making choices for a shore excursion in Skagway it was obvious that we would do a train trip. 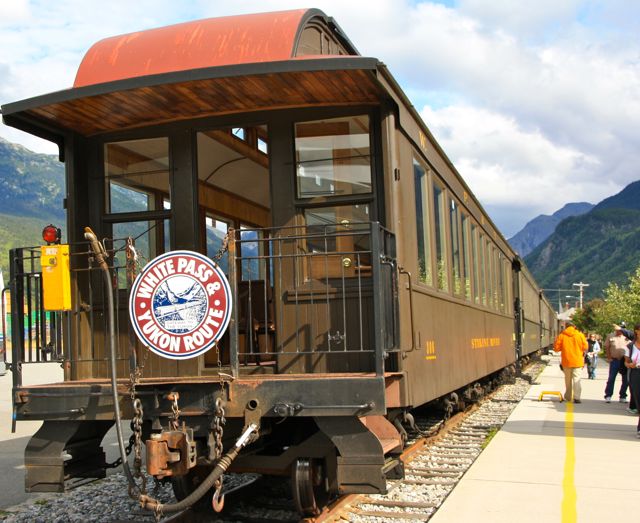 The White Pass Railway is an Historic International Civil Engineering Landmark. It was built in 1898 after Gold was discovered in huge quantities in the Yukon. The building of the 110 mile track was a challenge. 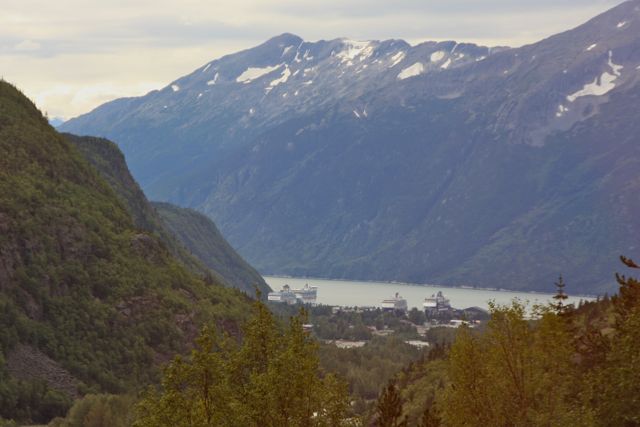 The railway climbs from sea level to 3000 ft to the Summit in 20 miles and features steep grades of 3.9%. 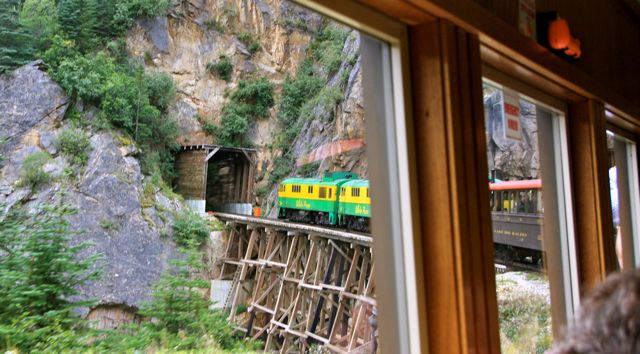 Construction required cliff hanging turns, tunnels, bridges and trestles. Work on the tunnels took place in winter with temperatures as low as -60*.  35,000 men worked on the construction. 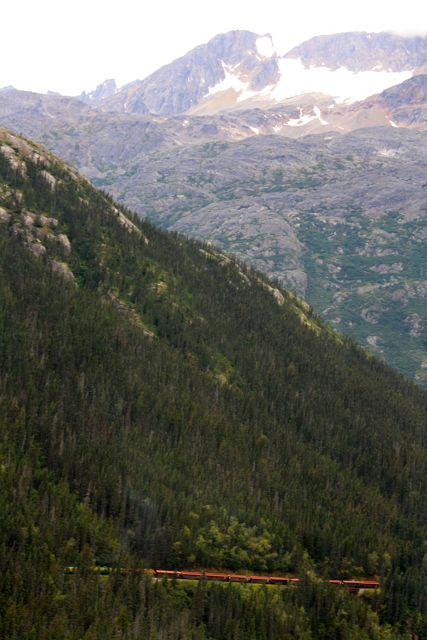 Another train is following us up to the Summit.
After the gold rush the railway was used for moving ores and concentrates. It pioneered the "Container Route", the movement of containers by ship, train and truck in 1955. 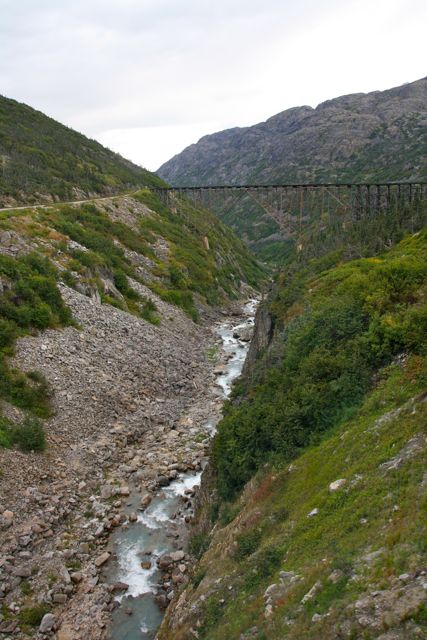 This original trestle isn't used any more, we went over a newer bridge.
In 1988 the White Pass Railway &Yukon Route reinvented itself as a tourist attraction. 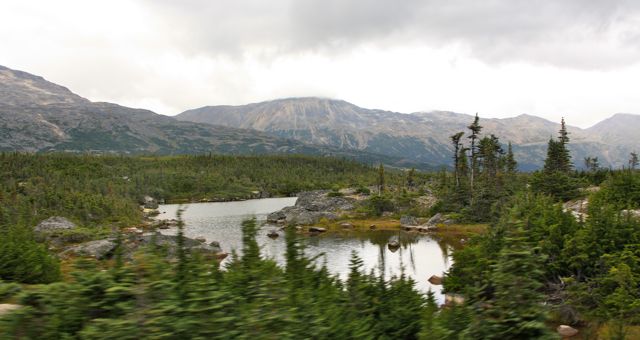 At last we arrived at the summit after climbing up the most rugged mountains and over deep ravines. The scenery was stunning.

We continued on to the small town of Fraser in Canada and a customs officer came through the train to check our passports before we could alight and board a bus to take us back to Skagway. 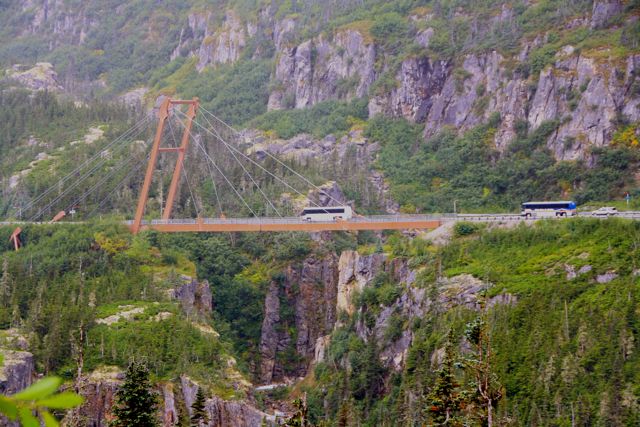 This is a special bridge built to withstand earthquakes, it is only supported and attached securely to one side of the ravine. Only one bus at a time is allowed on it.
Soon we were back on board the ship at the end of another exciting adventure.
To ride on the train yourself watch Bill's short video here.
Posted by diane b