After walking on the glacier and having a snack we continued on by coach to Lake Louise, Alberta. We were driving on the Icefields Parkway one of the most picturesque drives in the world. It was a wonderful drive even though a little overcast. 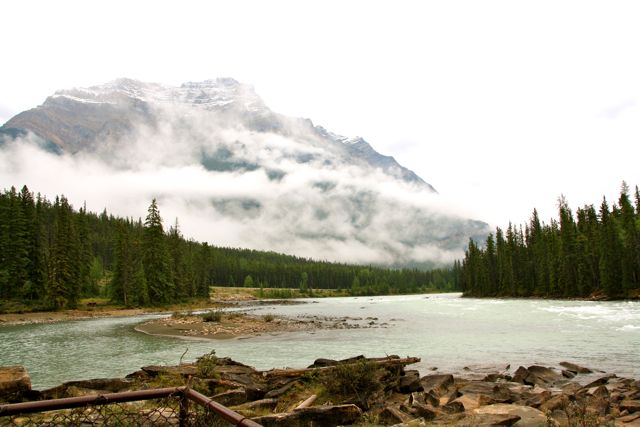 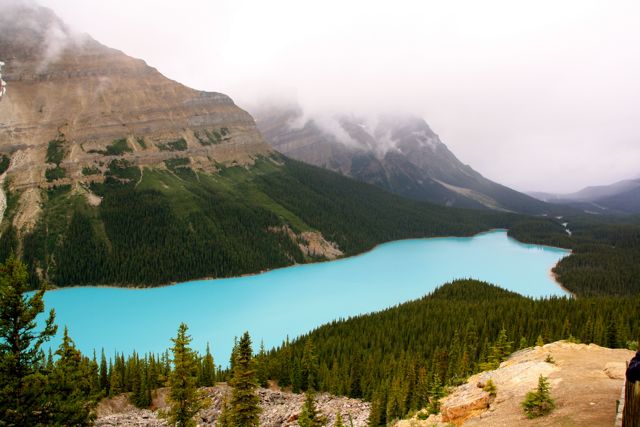 We pulled into a lookout over looking Peyto Lake, known for its astounding colour. (Caused by glacier flour as mentioned before) 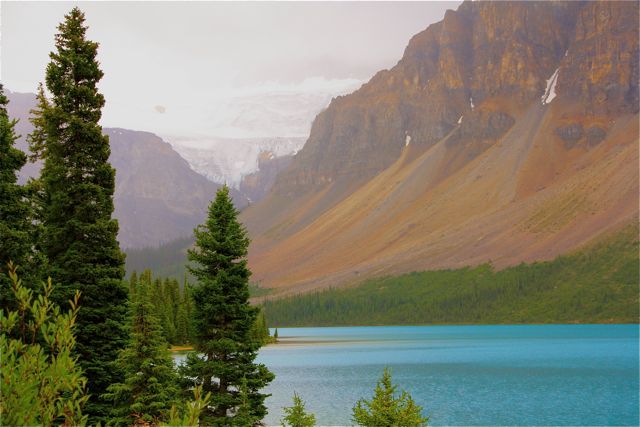 A little further along we stopped at Bow Lake. Can you see the glacier in the mist? 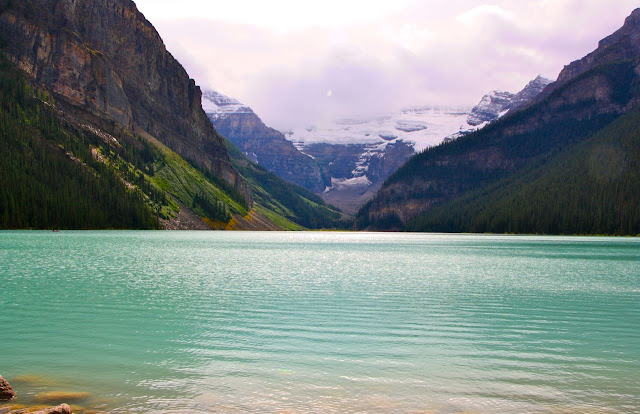 Finally, we arrived at Lake Louise, our destination for the night. The mountain mist was continually rolling down the huge Victoria Glacier and then lifting almost to the top of the mountains. I was lucky to catch a moment as the mist was rising. 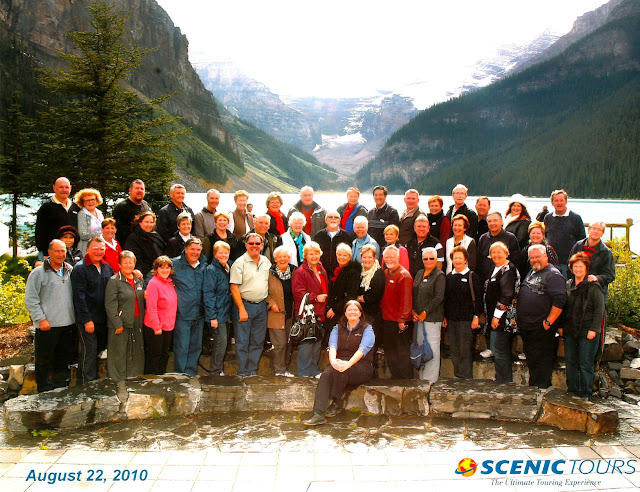 We were summoned for a group photo. Bill and I are in the middle, me with white hair and blue jacket, Bill with dark glasses and a black jacket. Valerie our super tour guide is in front. 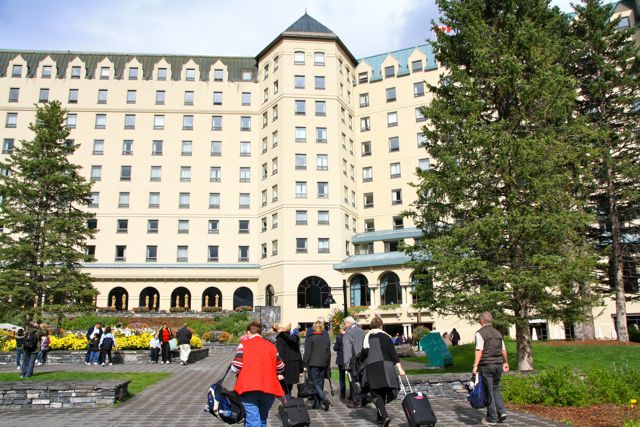 Then it was off to find our rooms in this huge and grand Fairmont Chateau Lake Louise. 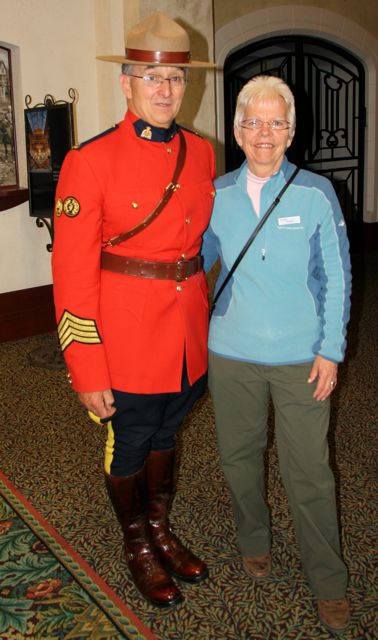 We had a talk by a retired "Mounty". He gave us the history of the force and he was quite humorous. In fact we found most Canadians had a good sense of humour. 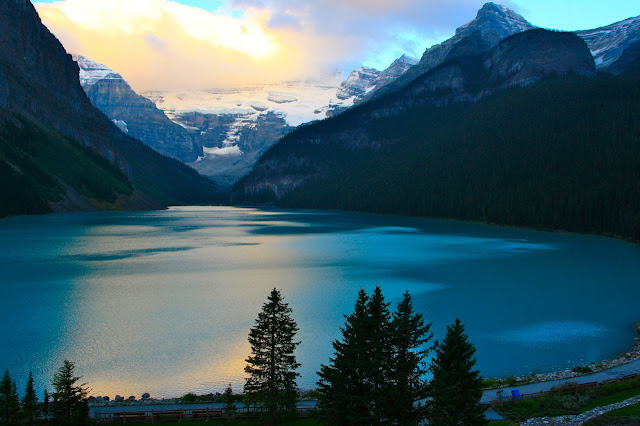 The fabulous twilight view from our window.


That night, like many other nights, we had a Free Choice of restaurants for dinner. Bill was overjoyed to see there was a "Walliser Stube", a Swiss Restaurant. Our new found friends Lyn, Barry, Jill and Graeme were keen to join us there. We had a delicious gourmet meal. I was the lucky one to be facing the window and watched the mist dancing over the mountains.
This was such a magical place and we wished we were staying longer than one night. I wanted to try the hiking trails but didn't manage it.
Posted by diane b