We were to be on the coach by 9:00 so we got up early to try and fit in a walk along the lake and into the forest. 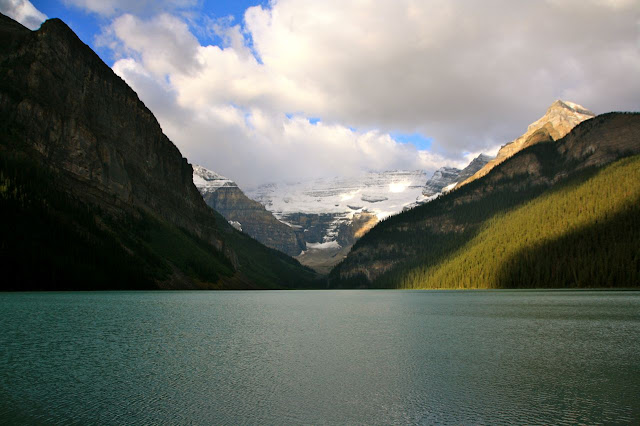 We were a bit late, Bill had a sore foot AND it was freezing cold so it didn't take much encouragement for me to give up the idea and return to the warm hotel. Now I regret that I didn't do the walk. I'm such a wimp in cold weather. Anyway, I took this last shot of beautiful Lake Louise.. 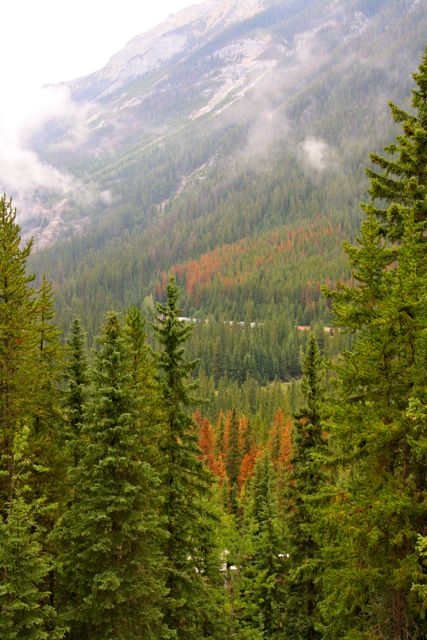 On the way to Banff we stopped by the "Spiral Tunnels". It is where the railway spirals up and down the mountain going through tunnels. It was built in the early 1900's. The engineers went to Switzerland to see how it had been done there.  We were very lucky to see a long goods train spiralling down the mountain. If you look closely the front of the train is in the foreground behind trees, the middle of the train is not easy to see in a little clearing between the front and the back end of the train. The weird part was that the back end of the train was going in the opposite direction to the front as it had yet to go around the mountain and into a tunnel which came out underneath a bit like a figure of 8. 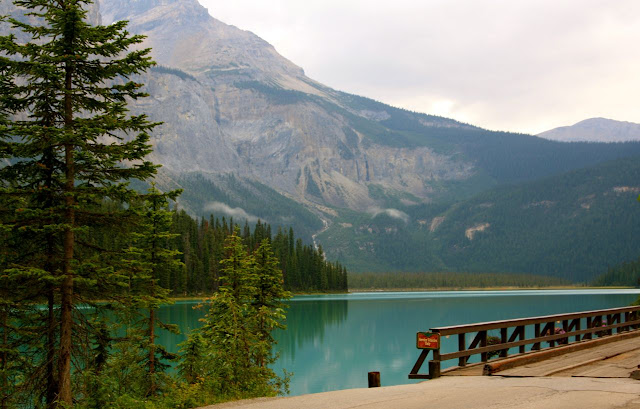 Soon we arrived at the beautiful Emerald Lake. 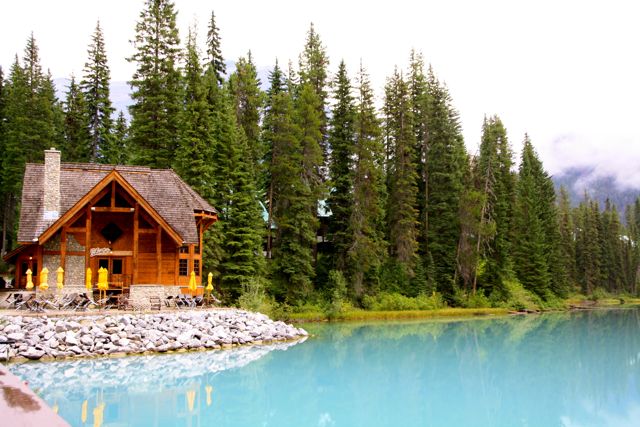 What a view from this cafe! 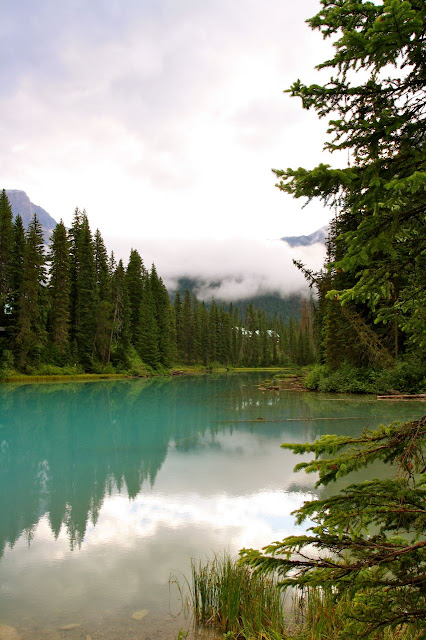 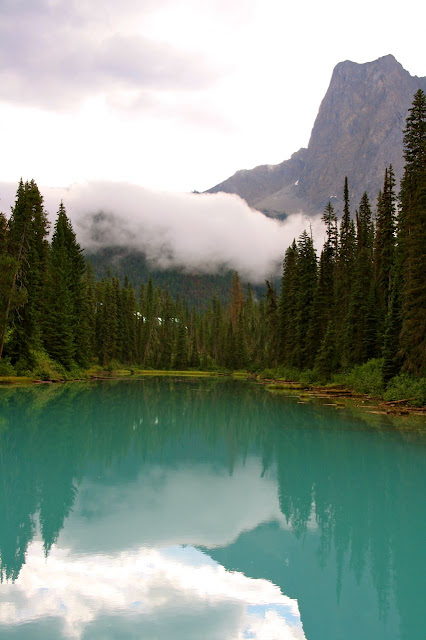 The smoke had gone 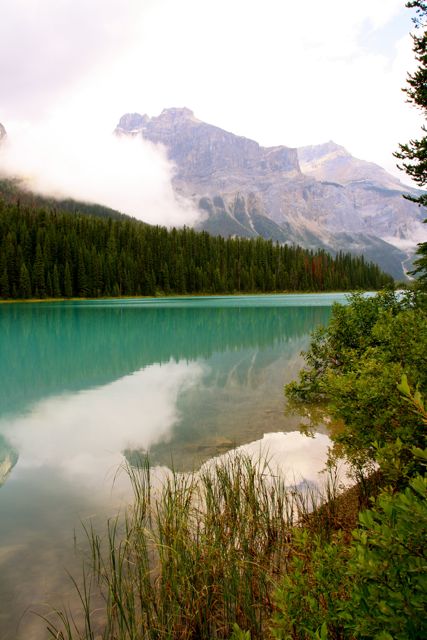 The rain had gone 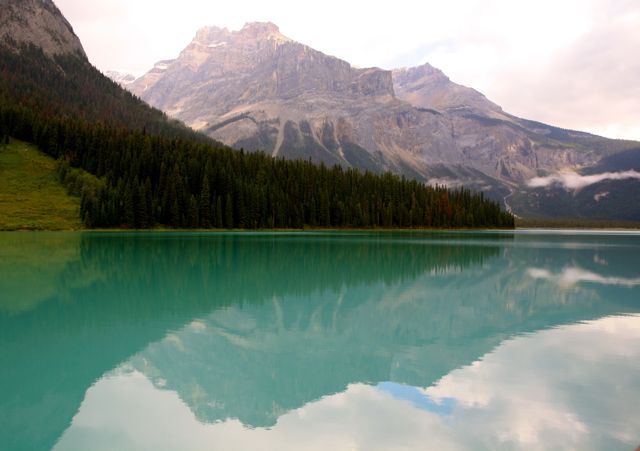 It was picture perfect.