Three weeks ago we set off on a new adventure. We flew to Victoria, British Columbia via Sydney and Vancouver. We were met by the guides from 'Scenic Tours' and transferred to The Empress Hotel in a posh, black, limousine bus. 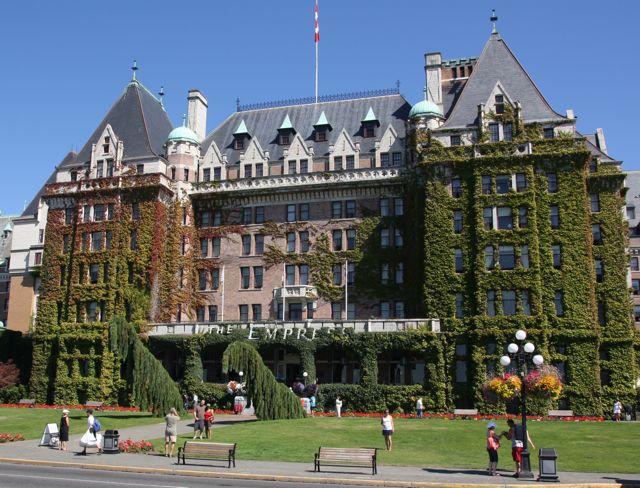 The chateaux style Edwardian hotel was designed by Francis Rattenbury for Canadian Pacific Hotels and it was completed in 1908. Since then it has had many renovations and VIP guests including royalty and film stars.

We had a room overlooking the inner harbour. There were lots of people on the wharf cheering and shouting.

Soon we could see why. It was the Dragon Boat race day. 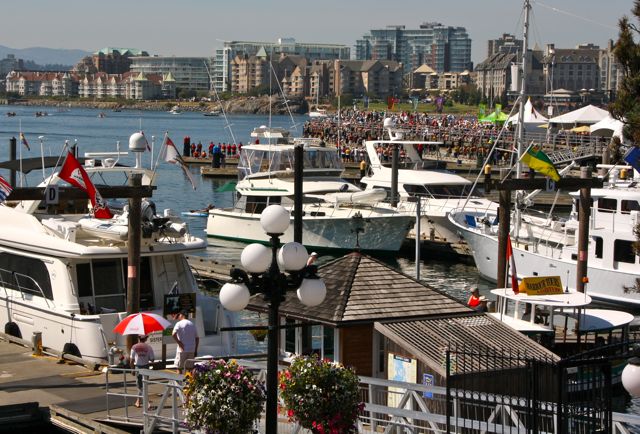 It was a hot summer's day and we swapped our winter clothes for cooler ones and went for a walk along the water front. 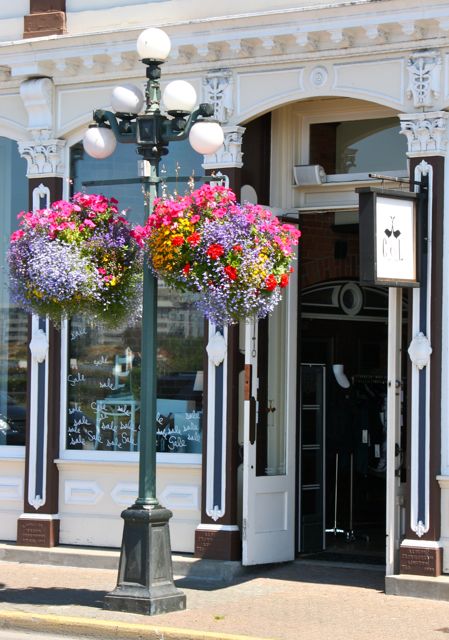 The streets are lined with hundreds of these beautiful baskets of flowers and many interesting buildings. 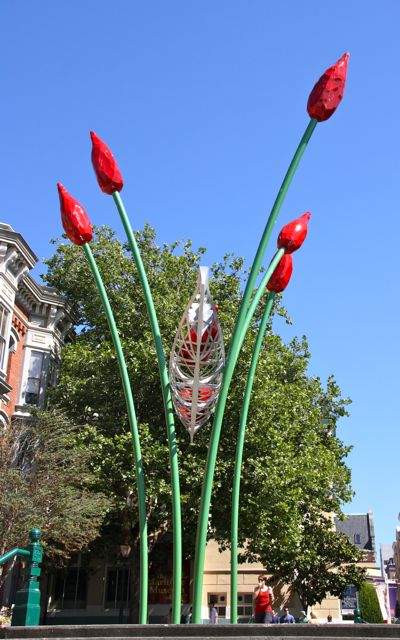 A sculpture in a busy, bustling city square. 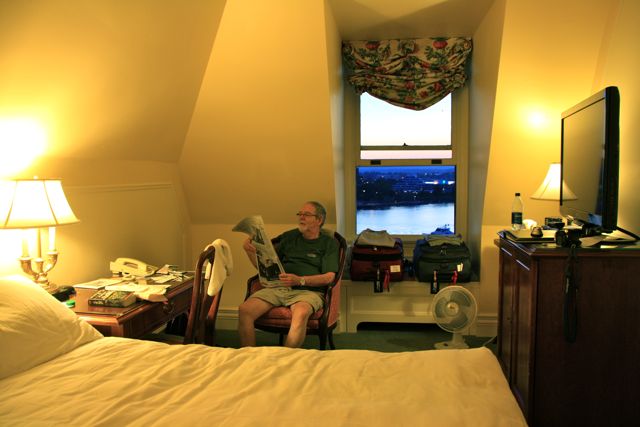 The bed looked inviting after such a long trip from Australia but we had a meet and greet dinner in the Kipling Restaurant named after Rudyard Kipling, who was a regular visitor. There were almost 100 people on the tour but we were split into two groups for two coaches. 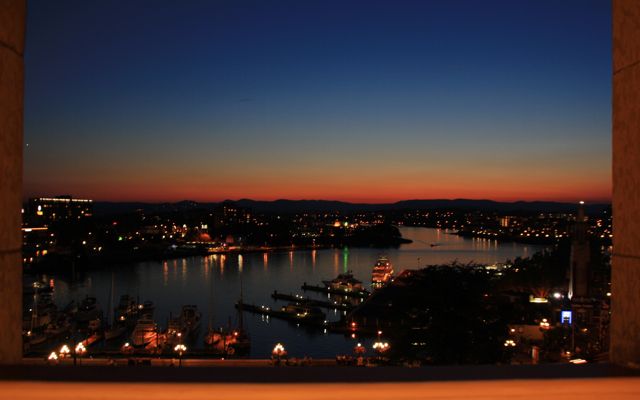 That evening we enjoyed the sunset out of our window and marvelled at the thought of being on the other side of the world ready to discover parts of Canada and Alaska.
Posted by diane b