In the last post the fake pearls were the ones on the left on the red background. Congratulations to those who could tell (I couldn't). Apparently the way to tell is that they are too perfectly round to be real. Real pearls are rarely perfectly round.
Well at last we are on the road towards Darwin.

We stop at a roadhouse for the loo and an ice cream (it was straight out of the 50's). The temperature is 37C. 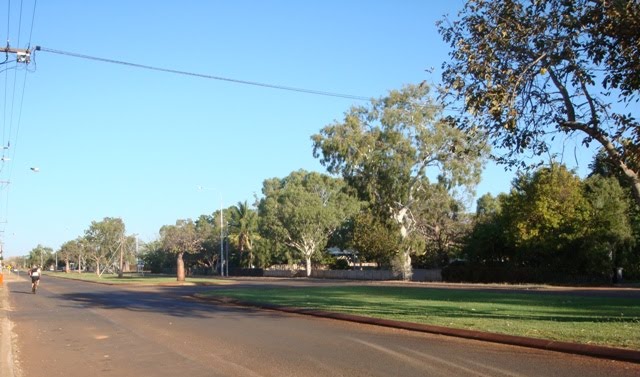 Derby is a small town on the north coast of W.A., which developed in the 1880's as a port for shipping wool and beef cattle. Now it exports zinc and lead concentrates. The street is lined with Boab trees. The Boab tree is found in the Kimberley and Top End region of Australia. Different species are found in Madagascar and Africa. This one has leaves because it has access to water, the ones in the wild do not usually have leaves. They grow to 9 to 12 metres high and have a diameter of over 5 metres. They have an egg shaped fruit. 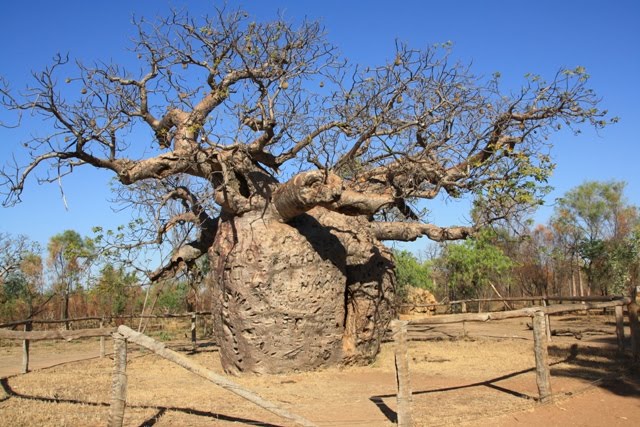 The Boab Prison Tree is found on the outskirts of Derby. It is estimated at being 1500 years old and it has a girth of 14.7 metres and it is hollow. 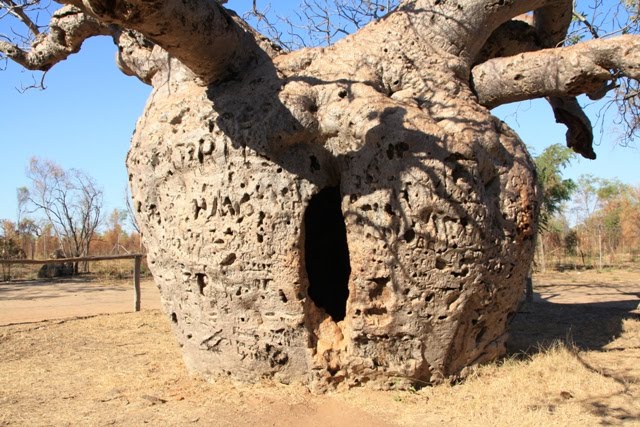 Before Derby was established in1883, Aboriginal people were kidnapped. The kidnappers, known as blackbirders, were settlers connected with the pearling industry. They wanted divers and workers for the boats. They rounded up people and put them in chains and held them at the Boab Prison Tree while they waited for a boat. Later prisoners were held here awaiting trial in Derby.(Not a pleasant part of our history) 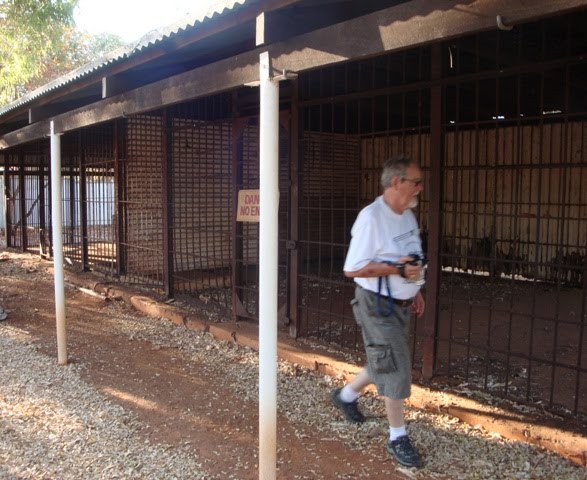 Later, The old Derby gaol, was built. It had concrete floors, iron roof and wire walls.

Near Derby is the Myall Bore and trough. The bore is 322m deep and the trough is 120m long, the longest in the country. It can water 500 bullocks at a time. It was used by drovers taking huge herds to the jetty in Derby.

Now road trains take Zinc and Lead to the jetty from mines 300 k. away at Pillara. The trailers are fully sealed. The trains are 50 m long and have 84 wheels and carry 118t. They make 2 round trips a day. 1200t of concentrates are moved every 24 hours.

Derby has huge 11m. tides. There is no water under the jetty at low tide so big ships cannot dock. Instead the Zinc and Lead is conveyed from a storage shed to the jetty and loaded onto barges at high tide and the barges take it to the ships anchored out in deeper water. So work has to be managed around the few hours of high tide. 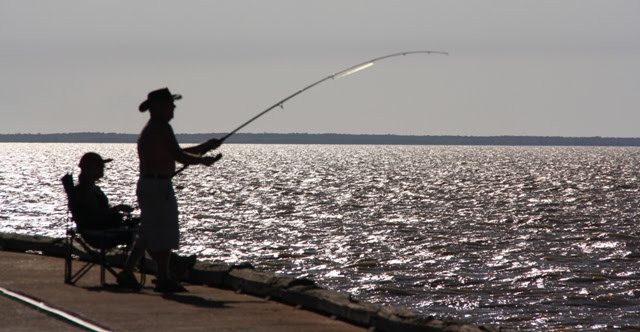 View Broome to Derby in a larger map